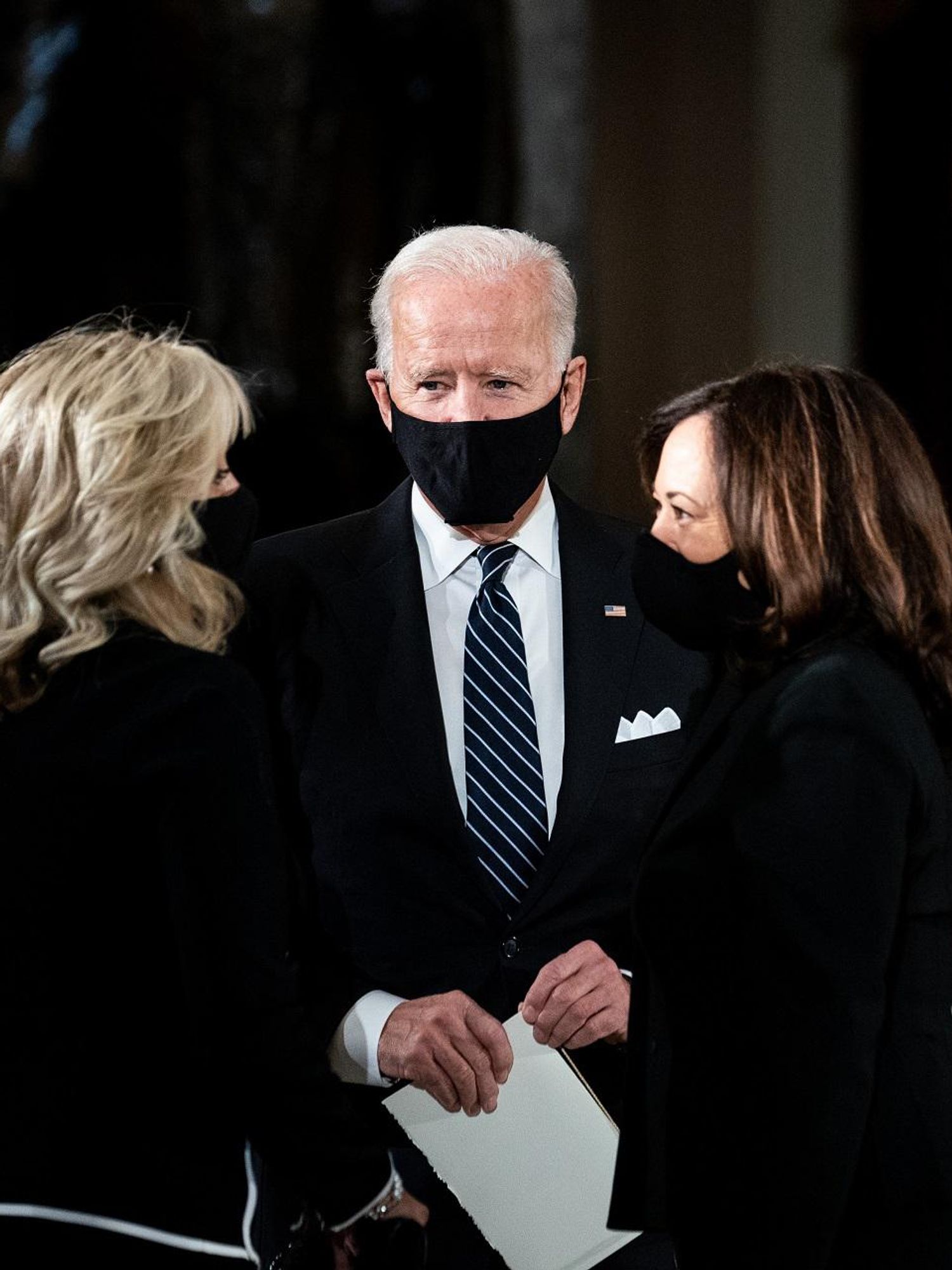 First Lady Jill Biden had a strong reaction to now-Vice President Kamala Harris attacking her husband during the first Democratic primary debate, reportedly saying Harris could “go f*** herself” after the then-senator suggested her husband was a racist.

Fox News reported that the claim is made by journalist Edward-Isaac Dovere in his forthcoming book, “Battle for the Soul: Inside the Democrats’ Campaigns,” due out next week. Dovere, who has reported for The Atlantic and Politico, was the first to break the news when Harris ended her failed campaign for president.

Harris came out swinging against Biden over remarks he made about working with segregationist lawmakers during his Senate career, and over his previous stance against federally-mandated busing to desegregated schools.

According to Dovere’s book, “She was searching for some way to condemn him for what he had said and done without attacking the man she like and respected,” after her campaign had told her she “had to land hard on Biden” in the debate.

Harris told Biden in the June 2019 debate, “I do not believe you are a racist, and I agree with you when you commit yourself to the importance of finding common ground. But I also believe — and it’s personal — it was hurtful to hear you talk about the reputations of two United States senators who built their reputations and career on the segregation of race in this country.”

“And it was not only that, but you also worked with them to oppose busing,” she continued. “And, you know, there was a little girl in California who was part of the second class to integrate her public schools, and she was bused to school every day. And that little girl was me.”

Dovere’s reports that according to multiple sources, Biden leaned over to fellow candidate Pete Buttigieg during the following commercial break and said, “That was some f***ing bullsh**.”

A week later, on a phone call with donors, Mrs. Biden weighed in on Harris’ attacks on her husband.

“With what he cares about, what he fights for, what he’s committed to, you get up there and call him a racist without basis?” the now-first lady reportedly said. “Go f— yourself.”

Biden accused of ‘sickening’ comments about young girl, including her legs: ‘Looks like she’s 19’