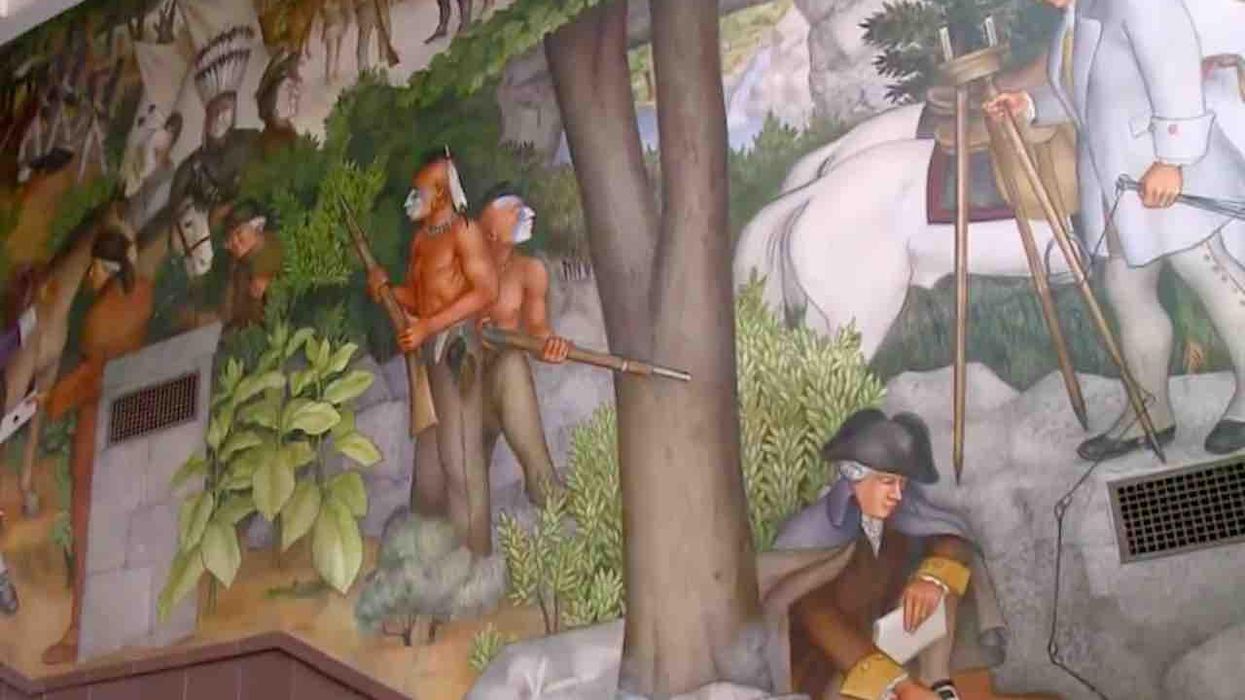 A mural in a San Francisco school depicting the life of George Washington — which was set to be covered after critics said it “glorifies slavery, genocide, colonization, manifest destiny, white supremacy, oppression” and “traumatizes students” — has been granted new life.

A Superior Court judge overturned the San Francisco Unified School District’s decision to remove the “Life of Washington” mural, KPIX-TV reported, adding that it’s been on the walls of George Washington High School since 1936.

Judge Anne-Christine Massullo on Monday sided with the high school’s alumni association, which sued the SFUSD’s Board of Directors in 2019 over its decision to cover Victor Arnautoff’s mural, the station said.

The massive mural drew controversy for its depictions of native Americans and slaves, and students at the school petitioned the board to remove it.

The George Washington High School Alumni Association sued the board over its failure to conduct an environmental review for removing the mural, despite it being required by the California Environmental Quality Act (CEQA). The school board even voted on the mural removal twice: first to remove it in June of 2019; then in August, the board voted not to remove it, but to cover the decades-old mural with panels.

“The Board and SFUSD failed in their primary duty to follow the requirements of the law,” Massullo wrote in her decision, the station said. “California, as a matter of long-standing public policy, places enormous value on its environmental and historical resources and the People are entitled to expect public officials to give more than lip-service to the laws designed to protect those resources.” 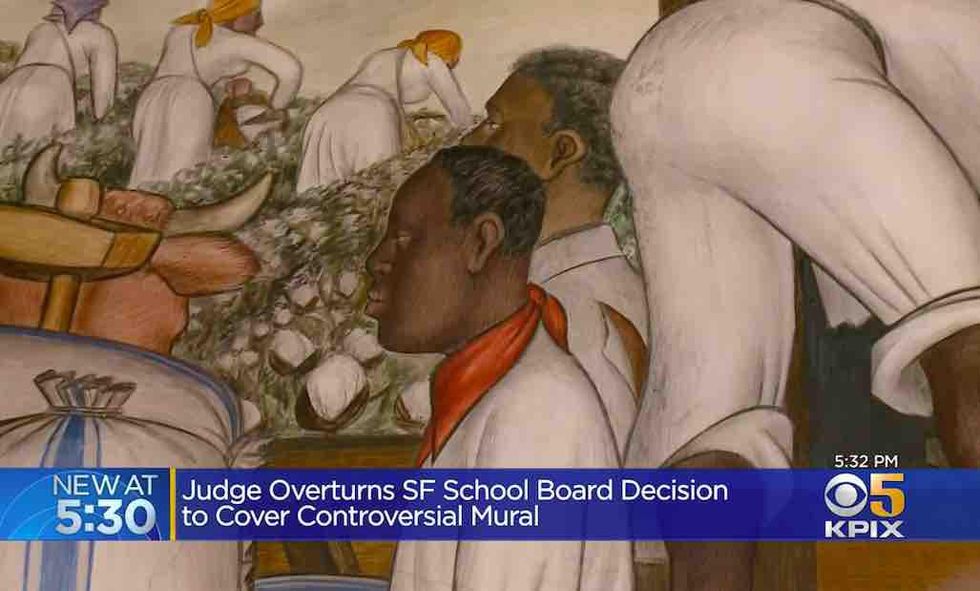 Massullo also ruled that the board and the alumni association must meet and prepare to conduct an environmental review on the mural before the next court hearing scheduled for Aug. 26, KPIX added.

Some of the mural’s images came under fire during the civil rights era over its depictions of slavery and Native Americans, the Richmond District Blog noted, after which additional murals were created that depicted people of color in a positive light.

The issue heated up again a few years ago after a proposal to designate George Washington High School as a historic landmark, so the school board created a “Reflection and Action Group” to determine what to do about the mural series, the outlet said.

And the group decided the entire “Life of Washington” mural series should be removed — i.e., painted over as the panels are painted upon the school’s plaster walls, the Richmond District Blog said.

With that, the board in June 2019 voted unanimously voted to paint over the mural series. Board commissioner Mark Sanchez dismissed concerns about the possible $600,000 price tag for the paint-over, saying that “this is reparations,” KQED-TV reported.

But in July 2019 over 500 academics signed an open letter imploring the board to think twice about its decision, calling it a “gross violation of logic” as the cycle of 13 murals actually represents “a significant monument of anti-racism.”

Even actor Danny Glover — a graduate of the high school — raised his voice and said the mural shouldn’t be painted over or covered, noting both moves are akin to book burning and “absurd,” KGO-TV reported.

“The responsibility of art is to make us feel uncomfortable,” Glover argued, the station noted.

“Why board it up?” he asked, according to the San Francisco Chronicle. “Why can’t we tell the truth?”

“If they’re that upset about images about names and sounds, why don’t they consider changing the name of the school?” Brown asked the station.

Then in August 2019, the school board voted to cover the mural instead.