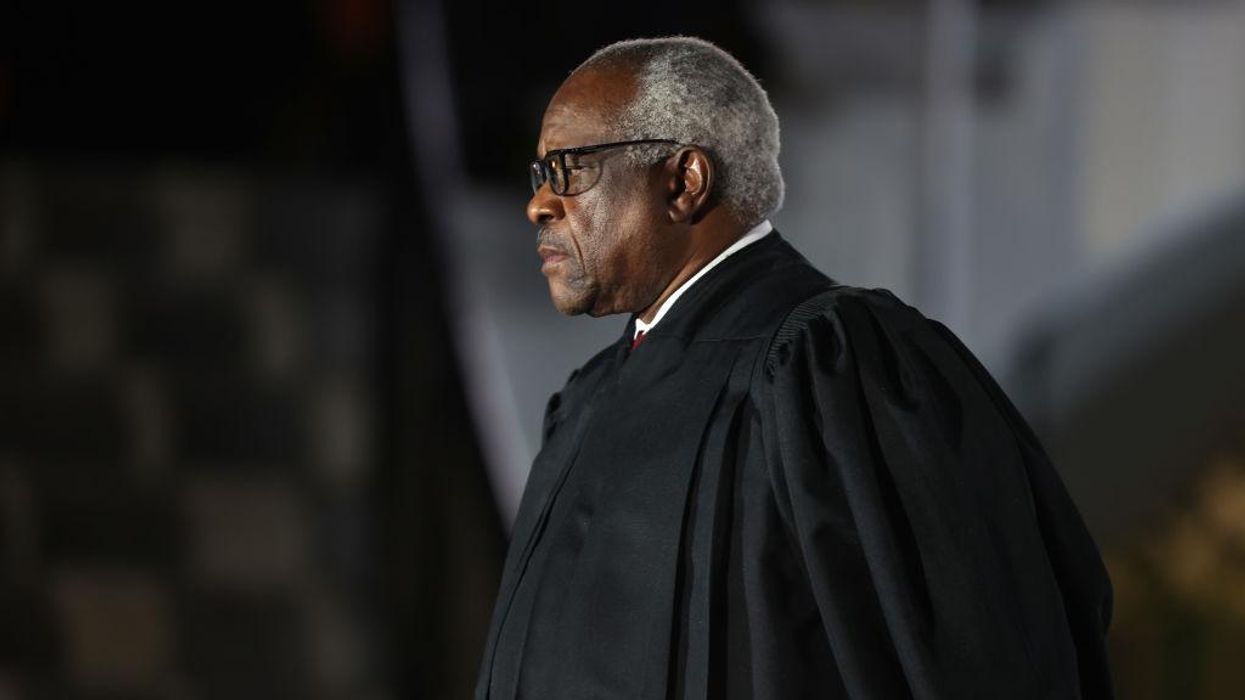 Supreme Court Justice Clarence Thomas recently called attention to the Court’s apparent double standard on the maturity of minors, questioning why the court believes teenagers are not fully culpable for homicide but should have an adult’s full right to abortion.

In a footnote of his concurring opinion in Jones v. Mississippi, a juvenile sentencing case, Thomas observed, “When addressing juvenile murderers, this Court has stated that ‘children are different’ and that courts must consider ‘a child’s lesser culpability.'”

“And yet, when assessing the Court-created right of an individual of the same age to seek an abortion, Members of this Court take pains to emphasize a ‘young woman’s right to choose,'” Thomas wrote.

“It is curious how this Court’s view of the maturity of minors ebbs and flows depending on the issue,” he observed.

The Supreme Court’s ruling in Jones v. Mississippi Thursday upheld a life without parole sentence for a Mississippi man, Brett Jones, who was convicted of stabbing his grandfather to death in 2004 when he was just 15 years old. Jones had challenged his sentence, arguing that recent Supreme Court opinions in Miller v. Alabama (2012) and Montgomery v. Louisiana (2016) required the judge who sentenced him to find that he was “permanently incorrigible” — incapable of rehabilitation — before sentencing him to life in prison.

In a 6-3 decision, the court disagreed with Jones’ argument, holding that a judge is only required to consider “an offender’s youth and attendant characteristics” before handing down a life sentence without parole.

Justice Brett Kavanaugh authored the majority opinion, writing the “argument that the sentencer must make a finding of permanent incorrigibility is inconsistent with the Court’s precedents.” He was joined by Chief Justice John Roberts and Justices Samuel Alito, Neil Gorsuch, and Amy Coney Barrett.

Justice Thomas wrote a concurring opinion in which he said he agreed with the court’s decision but would have gone farther and outright overturned Montgomery v. Louisiana.

The liberal justices on the court dissented, and Justice Sonia Sotomayor, writing for the minority, accused the Court of an “abrupt break” and an “abandonment” of the earlier precedents in Miller and Montgomery.

“The question is whether the state, at some point, must consider whether a juvenile offender has demonstrated maturity and rehabilitation sufficient to merit a chance at life beyond the prison in which he has grown up. For most, the answer is yes,” Sotomayor wrote.

She said the Court’s opinion “twists precedent,” adding that “any doubts the Court may harbor about the merits of these decisions do not justify overruling them.” She accused the majority of offering no justification for departing from the precedents in Miller and Montgomery.

“How low this Court’s respect for stare decisis has sunk,” she concluded.