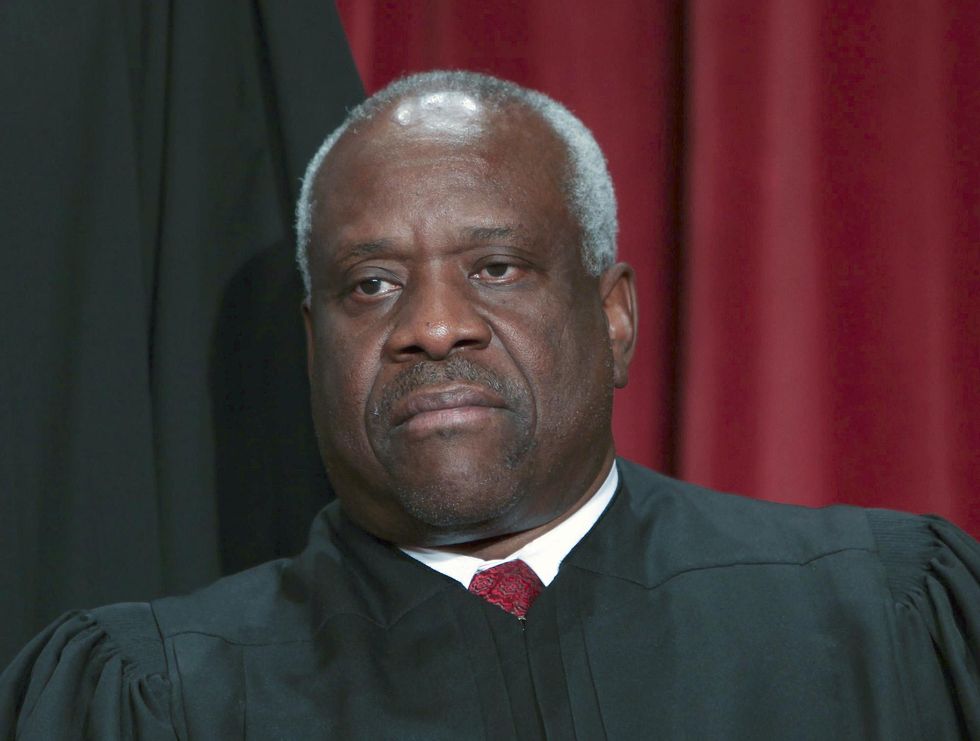 Thomas made his thoughts known in a 12-page concurrent opinion on a Supreme Court decision that considered whether former President Donald Trump had acted unconstitutionally when he banned several people from following his now-defunct Twitter account.

That lawsuit was ruled moot because Trump had been permanently banned.

Thomas mused that the argument from the plaintiffs were undermined by the fact that Trump’s social media accounts were later suspended by numerous social media platforms.

He then questioned whether those companies weren’t in violation of free speech rights when they censored the use of their platforms.

“Today’s digital platforms provide avenues for historically unprecedented amounts of speech, including speech by government actors. Also unprecedented, however, is control of so much speech in the hands of a few private parties,” Thomas said in his written comments. “We will soon have no choice but to address how our legal doctrines apply to highly concentrated, privately owned information infrastructure such as digital platforms.”

Thomas carefully considers whether social media companies should be afforded legal protection by the government outlined in Section 230 of the Communications Decency Act, and laments that the current case doesn’t allow for the court to address the issue fully.

“This petition, unfortunately, affords us no opportunity to confront them,” Thomas concluded.

The former president said in an interview in March that Twitter did him a favor by banning him from its platform because he was reaching far more people with the written statements that he has been releasing.

“I like this better than Twitter,” Trump said. “Actually they did us a favor, this is better.”

Here’s more about the warning from Justice Clarence Thomas: