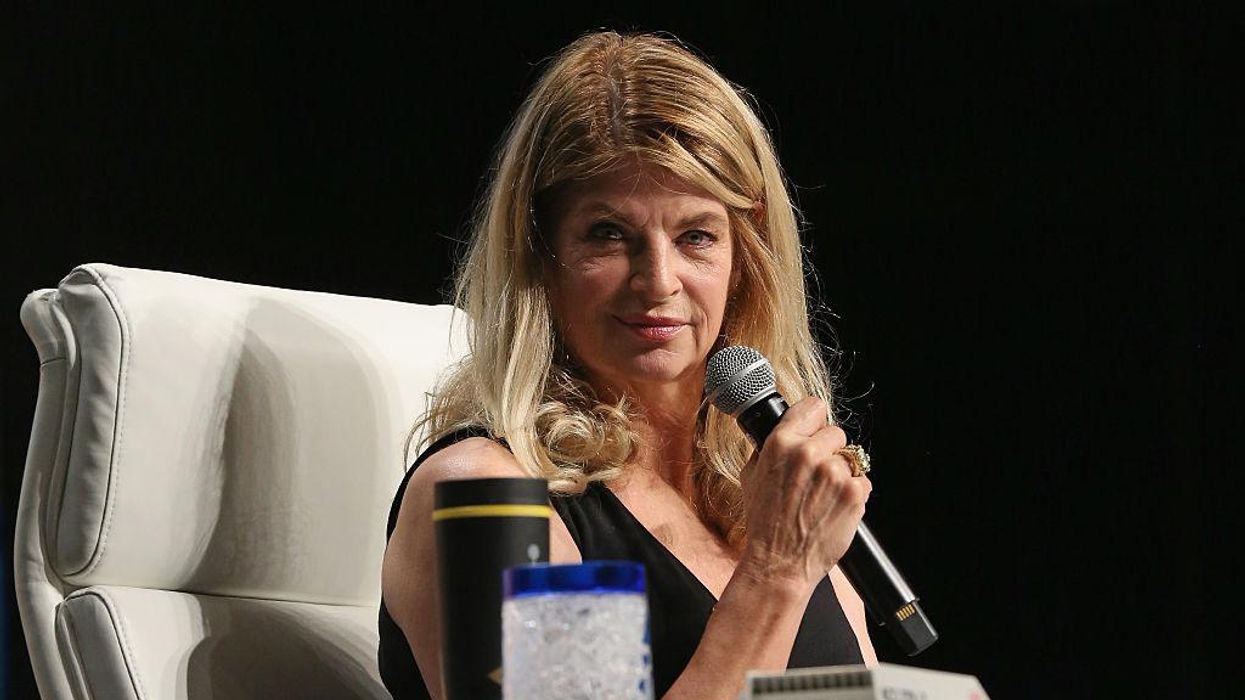 Kirstie Alley voiced her opinion about children being exposed to “perverse” content on television and on the internet. The Hollywood actress warned that society’s open-mindedness will eventually lead us down a road of accepting pedophilia. Alley’s comments angered many, including fellow celebrities and an LGBTQ website.

“Was watching TV …we’ve gone too far in my opinion. I feel sorry for our children,” Alley tweeted on Tuesday morning. “Their exposure to everything perverse on every kind of screen is mind boggling. And even more tragic, it’s being hyped as ‘normal.'”

“No other generation has had such easy access to the underbelly of humanity,” the actress continued. “SO many screens & chronic bombardment of images and concepts. Our current society would have been praising Caligula. Protect your children.”

“I’m kinda on a roll but my heart’s heavy with the sh** that’s being crammed down our kid’s throats,” Alley proclaimed. “A ‘moral code’ is not old fashioned. Morals are simply guidelines for better survival. Explicit sexual ‘education’ and ‘select’ ideals being forced on kids is NOT better survival.”

“People are becoming so ‘open minded’ that down the road they will support pediphilia as people ‘just loving children’ You think I’m kidding. I’m not,” Alley said. “It’s the direction this insanity is headed. You can ‘ok boomer’ me all you want but this is where we will veer unless we change.”

“I love the way the twisty twists twist my fears about CHILDREN’s futures into I’m against ADULTS having their choice of partners. Funny how all roads lead to that. I could care less who adults love or sleep with,” she continued. “My topic today was children being exposed to dark things.”

Was watching TV …we’ve gone too far in my opinion. I feel sorry for our children. Their exposure to everything pe… https://t.co/GG6RKH6nNX

No other generation has had such easy access to the underbelly of humanity. SO many screens & chronic bombardment o… https://t.co/pfkXoaNuYX

People are becoming so “open minded” that down the road they will support pediphilia as people “just loving childre… https://t.co/Lpmssqp1pF

I love the way the twisty twists twist my fears about CHILDREN’s futures into “I’m against ADULTS having their choi… https://t.co/dO1Y9L83Vi

While thousands of people agreed with Alley, there were many who attacked the former “Cheers” star for her slippery slope stance.

The celebrity gossip website Socialite Life said her remarks were “rambling and incoherent,” and mocked Alley by saying, “Scientologist and one-time actress, Kristie Alley, has apparently been listening to too many QAnon theories of late.”

The Daily Wire reported, “Meanwhile, LGBTQ publication, Queerty, claimed Alley’s concerns were nonsensical. ‘Former actress Kirstie Alley took to Twitter this morning to rant incoherently about something she’d just watched on television,’ the story said. ‘Though she didn’t say exactly what she had seen, based on her remarks, it seems to have been about teaching LGBTQ issues and sex ed in schools … God forbid we teach our children to be more kind and accepting of others.'”

Singer and left-wing activist Ricky Davila, who is still hurt that Alley blocked him five years ago, targeted the actress, “The ever abhorrent Kirstie Alley is trending because she’s obsessed with pedophilia as many of her allies in the GQP cult are and project about aka donor Josh Duggar. She blocked me in 2016, so I’m unable to call her a rabid hateful brainwashed lunatic to her face again. Oh well.”

Comedian Sarah Silverman replied, “Yes because pedophilia certainly doesn’t at all thrive in good old fashioned repressed society like church and catholic school. Keeping kids in the dark is where darkness lives, Ma.”

Earlier this week, a Washington Post writer advocated for children to be exposed to “kink” at Pride parades, which prompted many to accuse the writer of promoting pedophilia.

US Navy ripped for adding face mask to bald eagle logo: ‘China, Iran, and Russia are laughing at us’