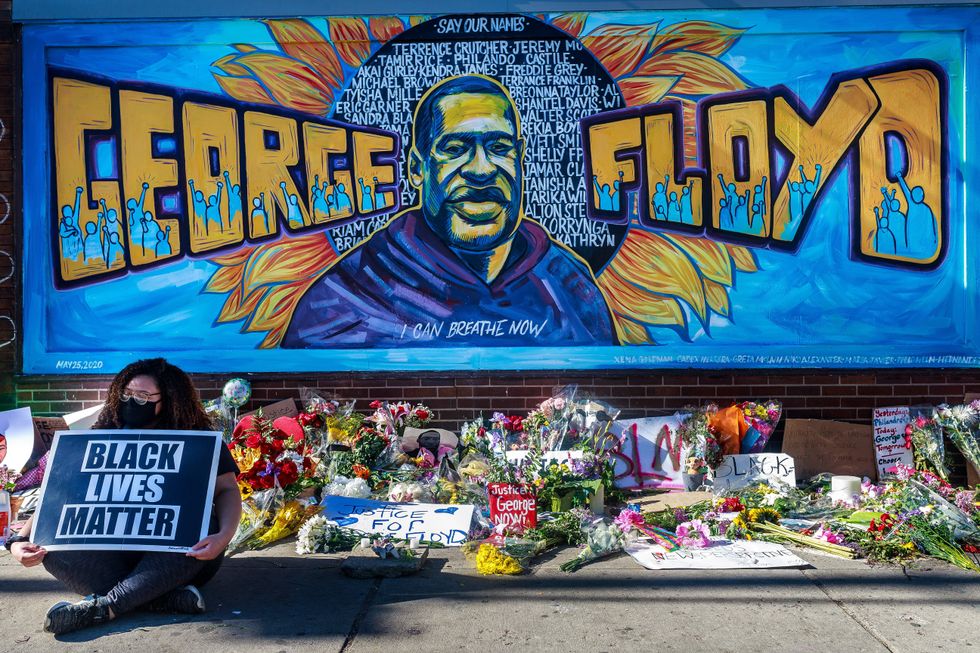 An unnamed Los Angeles Police Department officer accused of sending a meme that mocked George Floyd’s death will not face any discipline, according to a report from KNBC-TV.

In February, the unnamed officer reportedly sent a Valentine’s Day-themed social media meme to a supervisor.

The meme, according to reports, featured a photo of Floyd and was captioned, “You take my breath away.”

According to reports, the officer never circulated the meme to other officers and sent it to only one supervisor via text message in order to make a complaint about the photo.

The officer, according to reports, discovered the meme on a social media page that some believed was affiliated with LAPD personnel.

According to a March report from the Los Angeles Times, LAPD Chief Michel Moore said that the department was working with the Los Angeles County district attorney’s office to obtain a court order compelling Instagram to “provide details about the individuals who operated a since-removed account called ‘Choir Practice,’ which posted ‘racist and prejudicial postings and remarks’ and which other officers had flagged as somehow being affiliated with department personnel.”

Moore at the time said that he was “discouraged” by a lack of progress in obtaining the order because the content on the social media platform is not criminal.

The report added, “Moore said the LAPD’s investigation has indicated that the Floyd image was created by someone out of state, and then came to the attention of LAPD personnel through the Choir Practice page. Police officers then flagged it to command staff.”

Moore said that the department has “zero-tolerance for anything with racist views.”

“I have no temperament or patience or allowance for them to remain in this organization,” he added, and noted that the case would be referred to a disciplinary panel for review.

The unnamed officer was accused of violating department policy in sending the meme after the information became public and sparked outcry, which ultimately prompted the investigation.

According to the station, the panel — which was comprised of civilians — found the officer not guilty in connection with the sharing of the meme, which means that the officer, which it identified as working in the department’s air support division, “will not face termination, suspension, or any other discipline,” despite Moore’s fiery February condemnation.

The department confirmed the “not guilty” finding Tuesday, KNBC noted.

“The employee who was directed to a board of rights for sharing the George Floyd meme was found Not Guilty,” the LAPD said in a statement on the matter. “In this case, the facts and evidence were heard by a board that was comprised of civilian board members who are selected from the community.”

Leslie Wilcox, the officer’s defense attorney, said the board’s finding was “absolutely correct in exonerating the officer based on the evidence of this case.”

“The officer found the meme offensive, he did not create the meme, nor did he distribute it beyond notifying a commanding officer of its existence,” Wilcox said. “This decision shows that the Board of Rights process works and that the civilian panel is able to put aside political pressure and focus on the evidence in front of them in making objective decisions.”

Star volleyball player — a conservative Christian — sues U of Oklahoma, claims coaches punished her for her views, violated her free speech rights