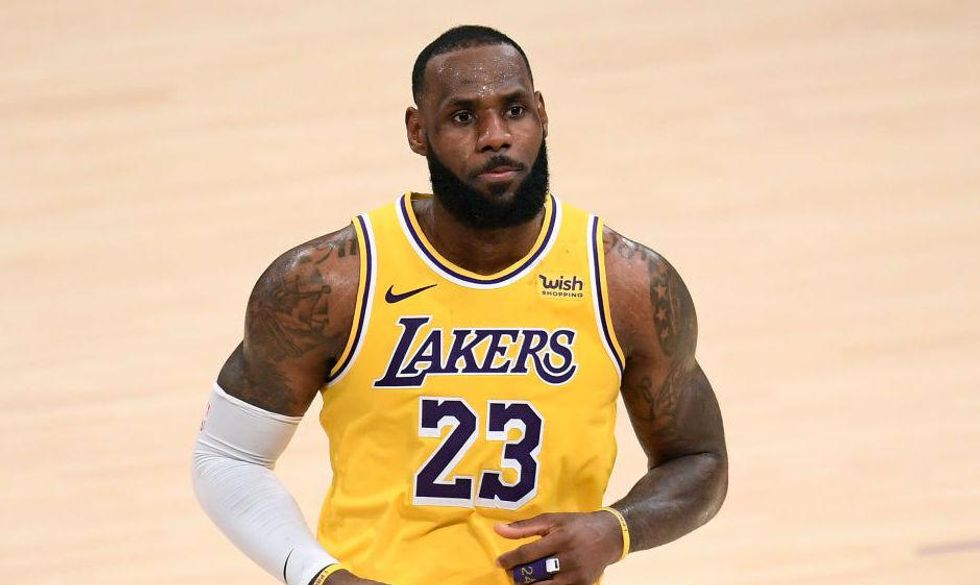 James ignited controversy last week after posting the picture of a Columbus police officer involved in the incident that resulted in 16-year-old Ma’Khia Bryant’s death.

Although James later deleted the tweet, he was immediately denounced for suggesting police officers were wrong to protect the other girl who was involved in an altercation with Bryant. Had police not acted, multiple video angles showed the girl likely would have been stabbed. When police shot Bryant, she was armed with a knife and was preparing to use it to assault the other girl.

What did the officer say?

LAPD officer Dan Joseph, who has been on the force for 24 years, posted on open letter on Facebook in which he invited James to learn about “the reality of the profession of policing.”

But first — although Joseph emphasized that his comments do not come “from a place of hatred” and that James’ family life and charitable endeavors should be celebrated — Joseph blasted James for his “irresponsible and disturbing” tweet.

“Your current stance on policing is so off base and extreme,” Joseph said.

[The tweet] showed a complete lack of understanding of the challenge of our job in the heat of a moment. You basically put a target on the back of a human being who had to make a split second decision to save a life from a deadly attack. A decision I know he and many others wish they never had to make. Especially when it involves someone so young. Instead of apologizing, you deflected. You said you took your tweet down because you did not want it to be used for hate, when the tweet itself was the embodiment of hatred, rooted in a lack of understanding of the danger of the situation.

Joseph said if James would accept his invitation, he would learn police officers are “not the monsters you have come to believe we are.”

“You are tired of Black folks dying? So am I. You hate racism and police brutality? So do I,” Joseph wrote. “But you cannot paint 800,000 men and women who are of all races, faiths, sexual orientations and are also mothers, fathers, sons, daughters, preachers, coaches, community members and just human with such a broad and destructive brush.”

While Joseph took a relational approach to James’ controversial comments, other officers have garnered attention for being more brash.

A police officer from Bellevue, Idaho, for example, went viral after creating a TikTok video that mocked James.

LeBron James goes on Capitol chaos rant: There are ‘2 AMERIKKKAS’ and we ‘s**tted away 4 years’ by electing Trump