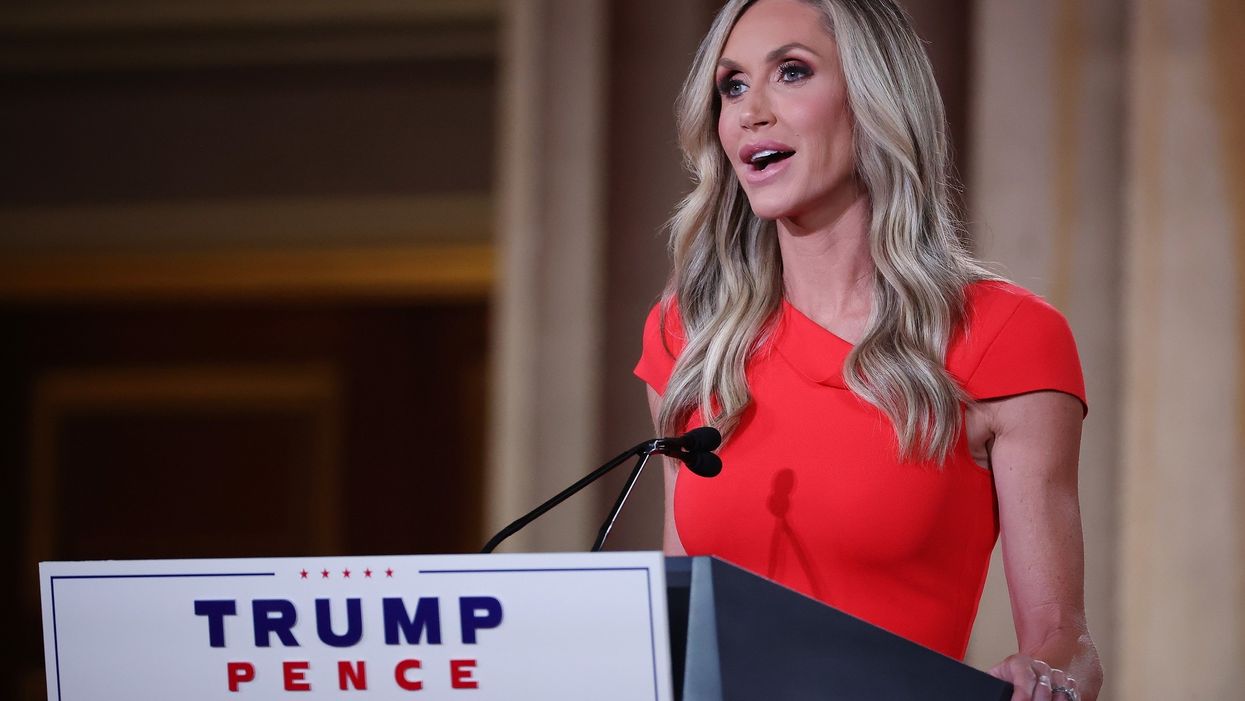 President Donald Trump’s daughter-in-law, Lara Trump, is considering running for U.S. Senate in her home state of North Carolina in 2022, according to multiple reports.

The New York Times cited “three allies” who claim that Ms. Trump, 38, who is married to the president’s second son, Eric, is purportedly mulling a bid to succeed retiring GOP Sen. Richard Burr.

Ms. Trump has been an outspoken advocate for her father-in-law leading up to the 2020 election, serving as an adviser to the Trump/Pence campaign and leading its Women’s Empowerment Tour. She also spoke at the Republican National Convention earlier this year.

Lara Trump previously worked as a television producer and a personal trainer. She and Eric Trump currently live in New York with their two children, so her prospective candidacy would require a move.

Fellow campaign adviser Mercedes Schlapp told the Times of Ms. Trump, “She’s very charismatic, she understands retail politics well, and has a natural instinct for politics.” Schlapp added, “In North Carolina, in particular, she’s a household name and people know her. She worked really hard on the campaign and was very involved in a lot of decisions throughout.”

Former White House senior adviser and Trump 2016 campaign manager Kellyanne Conway added that Ms. Trump “would be formidable” as a candidate, saying, “She has the trifecta: She can raise money, raise awareness of key issues and raise attention to her race. Unlike many typical politicians, she connects with people and is a compelling messenger.”

While Ms. Trump did not provide the Times with a comment on her plans, Politico also cited an unnamed source in reporting that she has her eye on running for Burr’s seat.

A Lara Trump candidacy would upend what is already likely to be a crowded GOP primary to replace Burr. Mark Meadows, the president’s chief of staff and former congressman from the state, is considered a potential candidate. Retiring Rep. Mark Walker is also a likely contender after briefly considering a primary challenge to Tillis last year. Former Gov. Pat McCrory and outgoing Lt. Gov. Dan Forest, who lost the governor’s race, could also be in the mix.

North Carolina is a swing state but has tilted Republican in presidential and Senate elections. Democrats have not won a Senate contest there since 2006. Republicans have won the state’s Electoral College votes in three consecutive presidential races, although the president only defeated Biden by roughly 1.4 percentage points.

Report: Donald Trump Jr. could challenge Wayne LaPierre for leadership of the NRA

NewsMax, News February 27, 2021
0
A federal judge on Friday approved a $650 million settlement of a privacy lawsuit against Facebook for allegedly using photo face-tagging and other biometric...

Tiger Woods in ‘Good Spirits’ After Treatment for Leg Injuries

Tiger Woods in ‘Good Spirits’ After Treatment for Leg Injuries