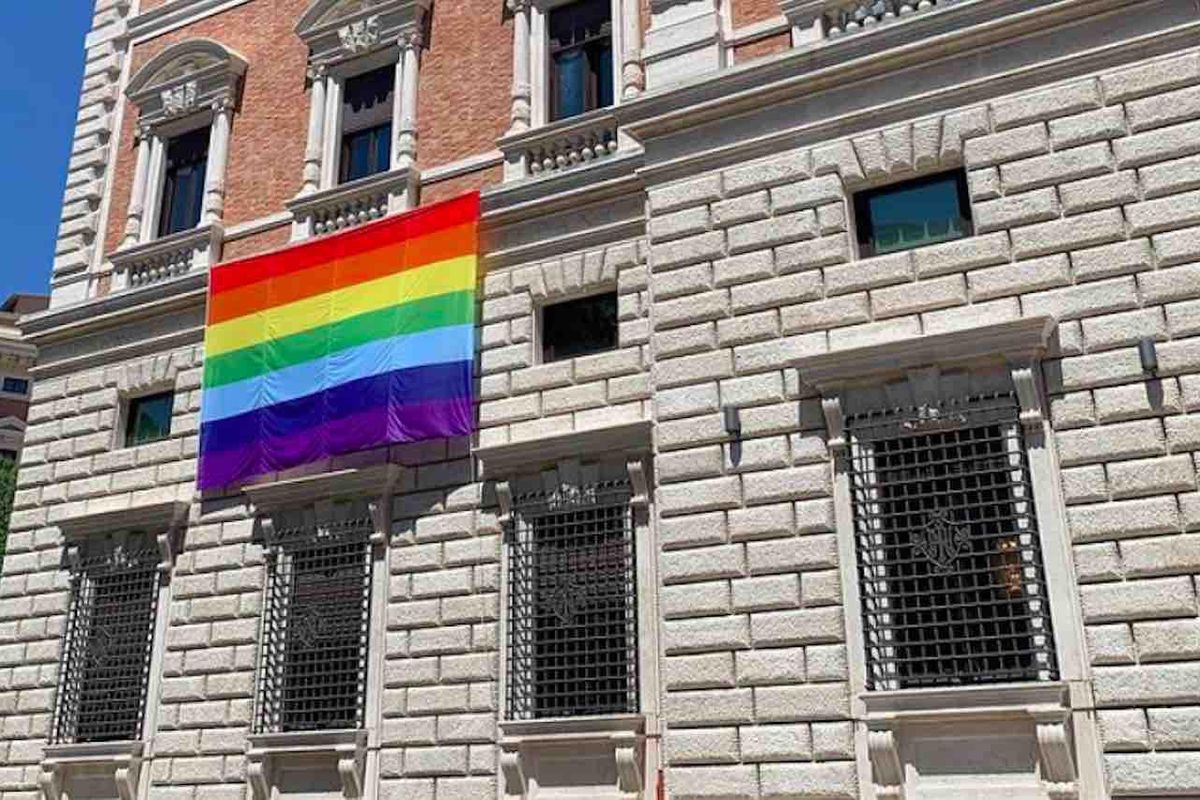 An LBGTQ rainbow flag is flying at the U.S. Embassy to the Holy See for the month of June, which is Pride Month.

“The United States respects the dignity and equality of LGBTQI+ people,” the embassy said on its
Instagram page regarding the display of the rainbow flag. “LGBTQI+ rights are human rights.”

An embassy statement to EWTN News Nightly says in part, “The United States will lead by the power of our example and pursue policy to end violence and discrimination on the basis of sexual orientation, gender identity or expression, or sex characteristics.”

‘Shame on our State Department’

As you might imagine, backlash against the display of the rainbow flag was swift.

Nebraska Republican Gov. Pete Ricketts was not pleased with the move, noting on Twitter that “as a Catholic, I’m curious to know if the Biden-Harris Embassy in the Holy See will promote respect for Catholic teaching on family and freedom of conscience — or whether we can simply expect more political stunts like this.”

As a Catholic, I’m curious to know if the Biden-Harris Embassy in the Holy See will promote respect for Catholic te… https://t.co/csFLgOFpDC

Evangelical Christian leader Franklin Graham also offered strong words in opposition to the gesture: “Shame on our State Department for allowing the American Embassy at the Vatican to fly the LGBTQ pride flag. What an insult to the Catholic Church! This flag is promoting an agenda, not a country, & to give it equal billing with the American flag is wrong.”

Shame on our State Department for allowing the American Embassy at the Vatican to fly the LGBTQ pride flag. What an… https://t.co/BTgEmL9Rys

Others expressed similar sentiments on the embassy’s Instagram page:

As TheBlaze recently reported, Republican U.S. Rep. Nicole Malliotakis of New York introduced a bill to prevent political flags other than the American flag from being flown outside U.S. embassies around the world in response to the Biden administration authorizing U.S. embassies to fly LGBTQ and Black Lives Matter flags.