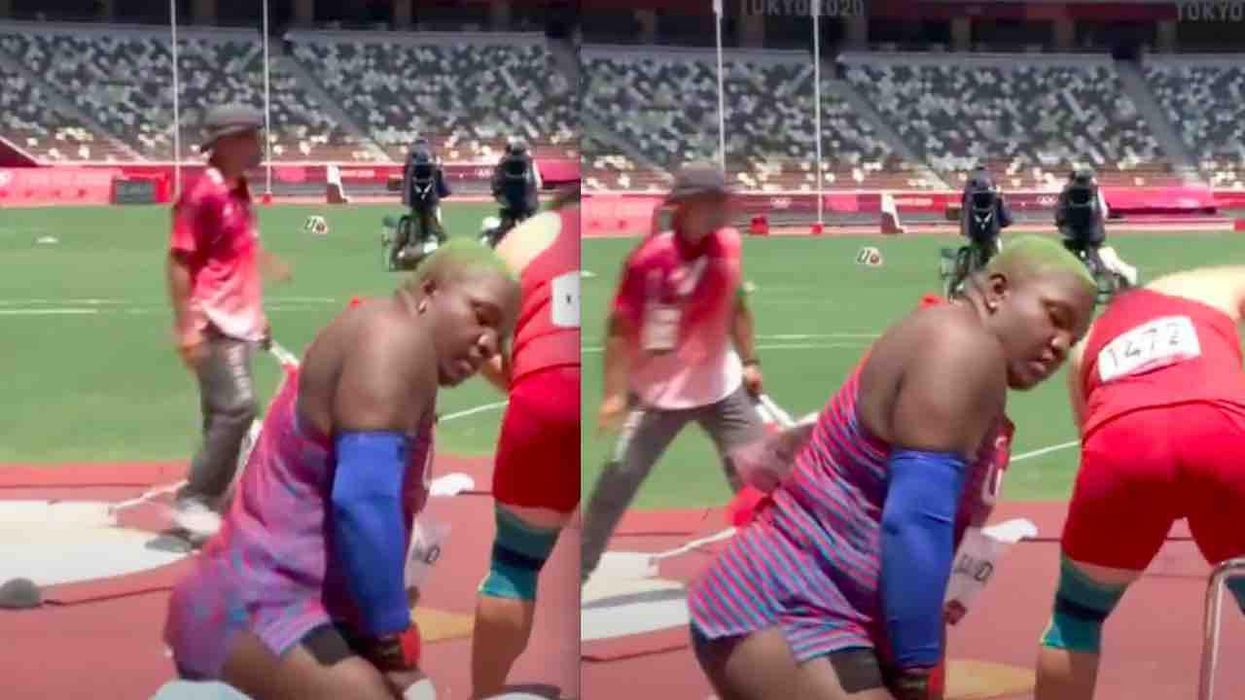 United States shot putter Raven Saunders isn’t known merely for winning the silver medal at the Tokyo Olympics and making a controversial “X” with her arms on the podium.

Turns out Saunders also is quite the aficionado of twerking — i.e., the highly sexualized dance move in which females bend over and shake their buttocks up and down.

And yes, Saunders decided it would be a good idea to toss off a celebratory twerk for the cameras following her performance over the weekend:

You can watch Saunders’ twerk with more before and after footage along with commentary via NBC Sports, which appeared to quickly cut away from her after the powers that be realized what she was up to.

While it will come as no surprise that many observers found Saunders’ twerk distasteful and inappropriate, it also may not be a shock that leftists loved her show of impropriety.

The Huffington Post called Saunders’ twerk “fun” and chided NBC Sports for cutting away from it: “C’mon, major network, can’t stand a bit of impromptu revelry in an Olympics missing the electricity of the crowd?”

The International Olympics Committee is reviewing Saunders’ “X” gesture she made with her arms on the podium upon receiving her silver medal.

IOC spokesman Mark Adams told reporters at a media briefing Monday that the committee is investigating whether the gesture is a violation of its protest ban and considering taking additional steps.

“Let them try and take this medal. I’m running across the border even though I can’t swim,” Saunders responded on Twitter with a laughing emoji. She added that her gesture was meant to signify “the intersection of where all people who are oppressed meet.”

‘I was gonna be damned if I was going to apologize for something that I believe’: Piers Morgan defends free speech, says never bow...