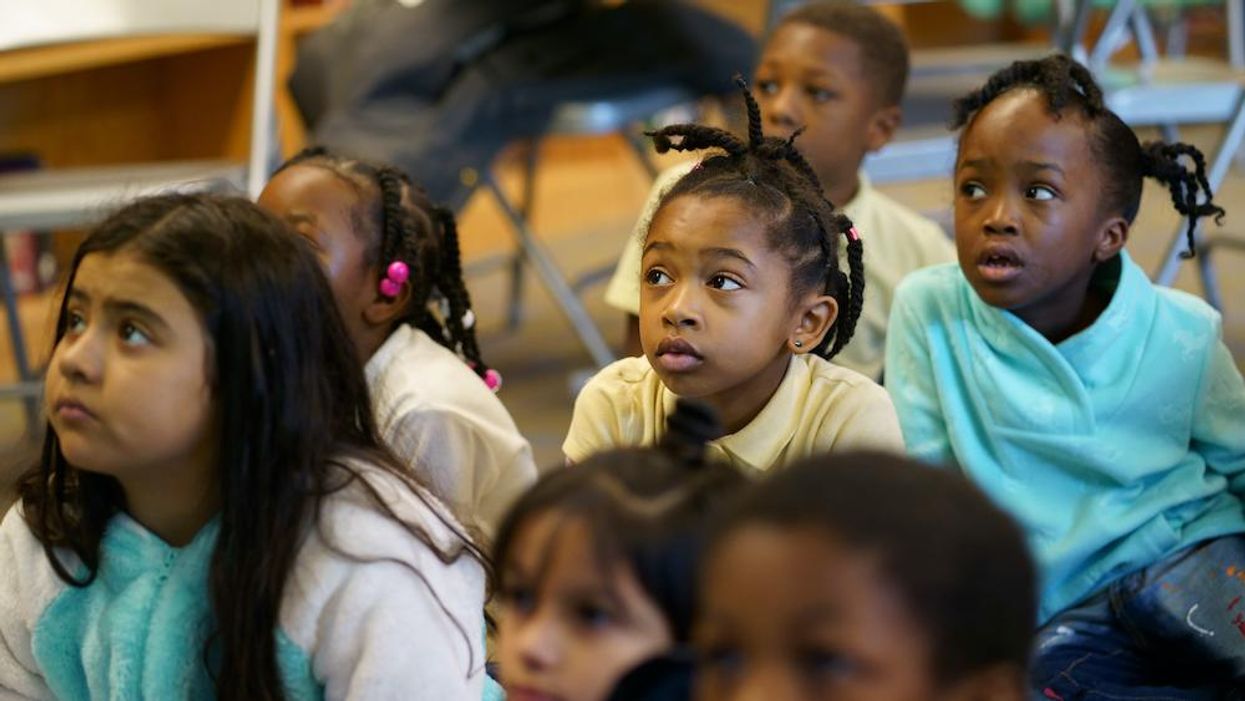 It’s no surprise that teachers unions and the Democratic Party oppose efforts to provide school choice to America’s children and their families. Liberal politicians and their union allies in Washington, D.C., have for years stood in the way of educational opportunities for students.

What may come as a shock to many is that at least one major, typically left-wing newspaper in the nation’s capital is asking anti-school choice politicians and their education bureaucracy pals to explain exactly why they don’t want to give poor children the opportunity to get into better schools.

The Washington Post published a staff editorial Thursday asking “Why are unions and Democrats so opposed to giving poor children a choice in schooling?”

The editorial noted that for 17 years the D.C. Opportunity Scholarship Program has offered the chance for thousands of poor kids in the district to attend schools of their choice — including private schools — and to at least have a chance of making it to college.

But for much of those nearly two decades, “the program has been in the crosshairs of unions and other opponents of private school vouchers,” the paper said.

Now, the Post continued, with Democrats running the House of Representatives and President Joe Biden in the White House “quietly laying the groundwork to kill off this worthy program,” the unions just might get their wish.

The House Appropriations Committee, run by Democrats, said it expects the Opportunity Scholarship Program to be phased out, the Post said.

Though the plan is likely to pass the House, it faces a fight in the Senate where the scholarship program has previously received bipartisan support, including during the Obama administration when the upper chamber successfully fended off the White House’s efforts to kill it.

The Post noted that what Democrats and unions are trying to abolish is a program that has proven to be good for D.C.’s poor and minority students — and at a reasonable price:

The cost of the program is modest and well-spent: $17.5 million per year. That is part of a federal funding deal that also directs money to the District’s traditional and charter public schools. Nearly 11,000 scholarships have been awarded since the program was founded in 2004, and at least 91 percent of the graduates are accepted to two- or four-year colleges or universities. That compares with 39 percent of D.C public high school students. Most of the recipients — 92 percent — are African American or Hispanic, and the average annual income for families participating in the program in the 2020-2021 school year was $23,668.

Lest anyone believe these scholarships were something forced on the district by the GOP, the Post reminded readers that the program “was backed by then-Mayor Anthony A. Williams (D) and has been embraced by parents who want the school choice that affluent families take for granted.”

The program, the Post added, “takes nothing away from public schools,” but killing the program would likely cost the district the federal monies sent to traditional and charter schools.

And, irony of ironies, “funds the school system uses for teacher training also could fall victim to the teacher unions’ vendetta against vouchers.”

The editorial concluded by noting the hypocrisy of the anti-school choice crowd who “see no inconsistency in their opposition to this program and their support for the $40 million DC Tuition Assistance Grant program, which provides funds for college” — and is available to wealthy families.

“Where is the logic in supporting a tuition assistance program available to affluent D.C. families and not one that only benefits very low-income D.C. families?” the Post asked.

After 17 years of the D.C. Opportunity Scholarship Program, the district’s schools have improved, at least partly due to school choice, the paper pointed out. But Democrats and teachers unions are still saying “poor parents deserve no choice in where their children go to school.”