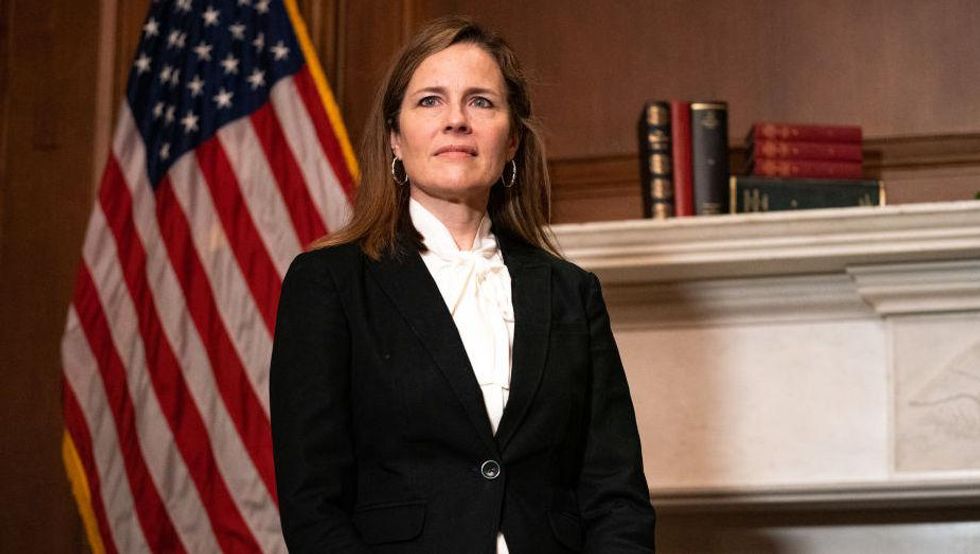 Supreme Court Justice Stephen Breyer, one of the high court’s liberal justices, was forced to revise a recent dissenting court opinion that he wrote because he omitted “respect.”

The case was the first that Justice Amy Coney Barrett heard as a Supreme Court justice, with oral arguments taking place on Nov. 2. Barrett also authored her first Supreme Court majority opinion in the case.

Only Breyer and Justice Sonya Sotomayer dissented in the case.

What happened with Breyer?

According to Law & Crime, there were unusual circumstances surrounding the court’s opinions unrelated to the outcome of the case.

First, the opinion was not unanimous. Traditionally, a new justice authors their first majority opinion with the full backing from the court. Thursday’s 7-2 decision in favor of the government upends that unspoken agreement—perhaps auguring tense relations ahead.

Second, the dissent by Justice Stephen Breyer (which was joined by Justice Sonia Sotomayor), foregoes the staid closing salutation of “I respectfully dissent” in favor of the terse “I dissent,” which is decidedly a sign that the disagreement here is exceptionally sharp.

The details of the case aside, reporters quickly noticed that Breyer had omitted “respect” from his opinion.

“I didn’t think this ESA/FOIA case was particularly contentious, but Breyer signed his dissent with the aggressive ‘I dissent’ rather than the standard, cordial ‘I respectfully dissent,'” Politico reporter Alex Guillén noted.

I didn’t think this ESA/FOIA case was particularly contentious, but Breyer signed his dissent with the aggressive “… https://t.co/KJ2j9vM2yE

In fact, Breyer issued two dissenting opinions on Thursday, and only the one dissenting Barrett’s majority opinion omitted “respect.”

Breyer issued an updated opinion on Friday that included “respect.”

“For these reasons, with respect, I dissent,” Breyer’s opinion now reads.

As Law & Crime noted, the Supreme Court’s “slip opinions” are subject to corrections, and are not the final, official court opinion.

The Supreme Court’s own website makes clear that slip opinions — which are issued immediately upon the adjudication of a case — are not the official, final version of the court’s say on a matter. For instance, page numbers and other ancillary matters are altered so as to insert the case into into the broader volume of the United States Reports where it will reside for the ages.