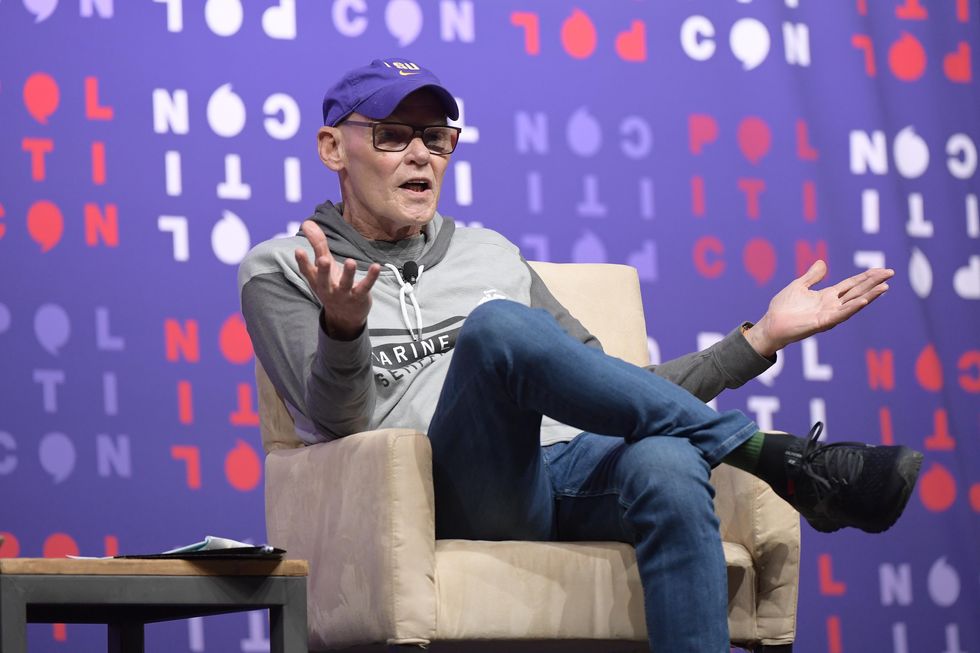 Longtime Democratic strategist James Carville, never one to shy away from criticizing his own party, said in a recent interview that Democrats have a “messaging problem” that could cost them their congressional majorities in 2022.

Speaking with Vox’s Sean Illing, Carville was blunt: “Wokeness is a problem, and everyone knows it.”

He explained that in his view, one of President Joe Biden’s strengths is that he doesn’t engage in “faculty lounge” politics.

“You ever get the sense that people in faculty lounges in fancy colleges use a different language than ordinary people? They come up with a word like ‘Latinx’ that no one else uses,” Carville explained. “Or they use a phrase like ‘communities of color.’ I don’t know anyone who speaks like that. I don’t know anyone who lives in a ‘community of color.’ I know lots of white and black and brown people and they all live in … neighborhoods.”

He said that if Democrats want to stay in power, they need to speak to voters in a language they understand and use every day, avoiding “jargon-y language that’s unrecognizable to most people.”

Carville doesn’t think the Democratic Party shouldn’t talk about race, but he does believe ultra-“woke” progressivism is hurting the party’s image with voters Democrats need to win over. “It’s hard to talk to anybody today — and I talk to lots of people in the Democratic Party — who doesn’t say this. But they don’t want to say it out loud,” he told Vox.

Asked why not, he replied, “Because they’ll get clobbered or canceled.”

Carville also thinks that the Democratic Party’s far-left activists are preventing the party from winning elections in rural parts of the country.

“Here’s the deal: No matter how you look at the map, the only way Democrats can hold power is to build on their coalition, and that will have to include more rural white voters from across the country. Democrats are never going to win a majority of these voters. That’s the reality. But the difference between getting beat 80 to 20 and 72 to 28 is all the difference in the world.”

The bottom line for Carville is that woke politics almost cost the Democratic Party the 2020 election.

“We won the White House against a world-historical buffoon. And we came within 42,000 votes of losing,” he said. “We lost congressional seats. We didn’t pick up state legislatures. So let’s not have an argument about whether or not we’re off-key in our messaging. We are. And we’re off because there’s too much jargon and there’s too much esoterica and it turns people off.”

Democrats sound alarm on ‘danger’ of woke, far-left politics — and how it could help ‘Trumpian candidates’