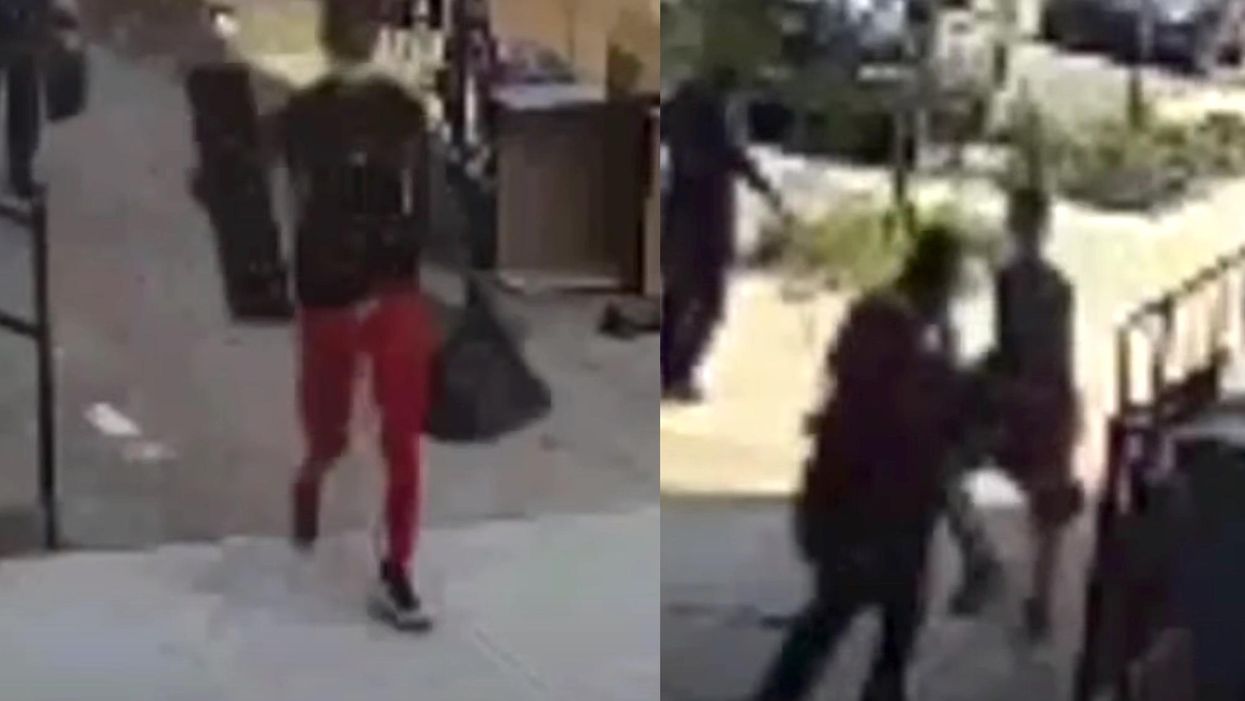 The NYPD said that a Jewish man was attacked randomly by a man yelling anti-Semitic slurs and it was all caught on surveillance video.

The incident unfolded at about 11:30 a.m. on Monday in the Bedford-Stuyvesant neighborhood of the Brooklyn borough of New York City.

A man can be seen grabbing a discarded piece of furniture and slamming it to the ground in the surveillance video obtained by WCBS-TV.

The man then seizes a wooden board from the furniture and accosts a 25-year-old man in traditional Jewish garb. Police say that he was hit in the chest with the board and also in the back.

“It’s ridiculous and disrespectful and crazy and madness, all in sadness,” commented one resident in the area.

Police are seeking to identify the suspect caught on surveillance video.

Attacks on members of the Jewish community appeared to increase as a result of the brief but deadly war between Israel and Hamas militants. Incidents of hate-filled violence against Jews were documented from Florida to California in the weeks after the state warfare.

Some blame the hatred on anti-Semitic rhetoric coming from people like Rep. Ilhan Omar (D-Minn.) who recently compared Israel and the United States to terror groups.

Here’s a local news video about the incident: