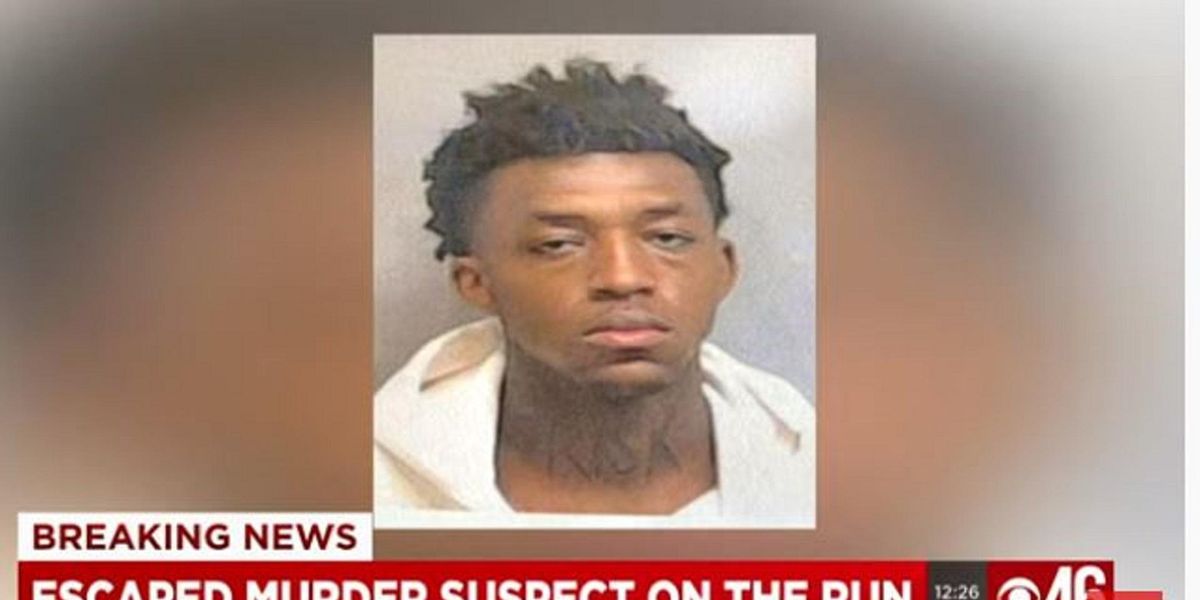 A manhunt is underway near the airport in Atlanta after a murder suspect escaped authorities as they were attempting to extradite him back to Arizona.

The suspect, J’Saan Strover, 20, was able to run from deputies and flee — barefoot and shackled — into a wooded area.

WGCL-TV reported that “police said Strover was handcuffed and in waist chains when deputies undid his ankle cuffs so they could lead him down a set of stairs,” adding that “at that time he pushed past the deputies and made a break, running across the street and escaping into the woodline.”

Multiple law enforcement agencies are now involved in the search for Strover, who is described as 6-foot-3, 150 pounds with a neck tattoo that reads, “Risk.” At the time of his escape, he was wearing a white T-shirt, navy blue jacket, black sweatpants and was not wearing shoes.

The Atlanta Journal-Constitution reported that Strover is wanted in Maricopa County, Arizona, on charges of first-degree murder, attempt to commit first-degree murder and aggravated assault. Two Maricopa County deputies were overseeing Strover when he made his escape Thursday in the rental car area of Hartsfield-Jackson International Airport.
He was arrested in Sandy Springs, Georgia, on April 12, and was transferred to the custody of U.S. Marshals because he was wanted in connection with the February fatal shooting of 32-year-old Walter Wood, who was killed during a bar fight in Phoenix.

It is unclear when Strover arrived in Atlanta.

Suspect arrested in road rage killing of mother of six

Triple murder suspect accused of cutting out victim’s heart, cooking it, and trying to serve it as a meal before killing two family members