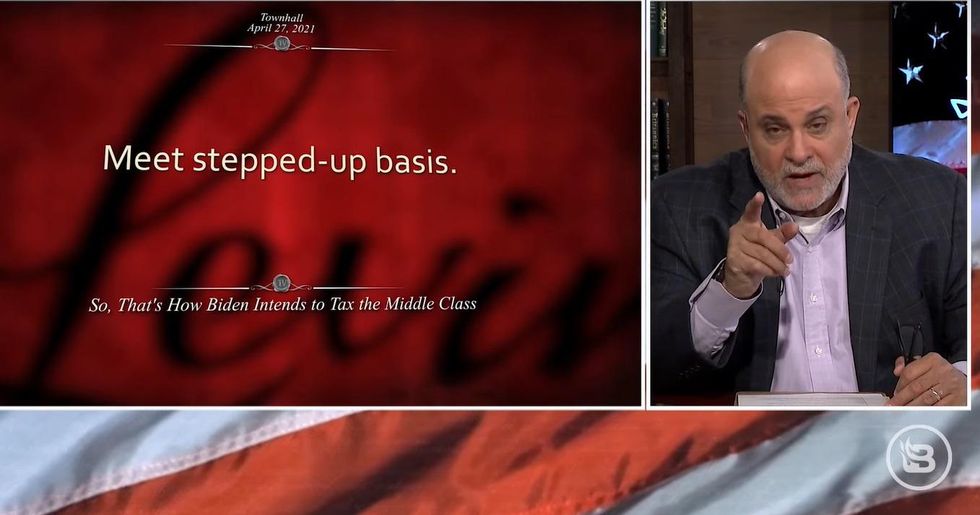 You work hard. You pay your taxes. You scrape to save every penny — and you pay more taxes. If you’re lucky, you might be able to pass some of your hard-earned savings on to your children so they might enjoy a better life. Sounds like the American dream, right?

But now, President Joe Biden’s “Made in America Tax Plan” seeks to raise taxes on the “super rich” to fund his unprecedented socialist spending spree, while claiming that his plan won’t touch you, the average American.

On a recent episode of “LevinTV, ” BlazeTV host and author of “American Marxism” Mark Levin said Biden’s new tax plan is really a “Marxist magic trick,” and the target of this trick is you and everything you’ve worked for.

“This is a direct attack on the middle class,” Levin stated, going on to explain how Biden’s tax plan to pay for his $2 trillion “infrastructure” bill will dramatically affect things like property ownership and inheritance, as well as family businesses, ranches, or farms.

“If you understand Marxism, if you understand the Democrat Party, [you’ll understand] they want you to follow the shiny object of the super rich,” Mark said. “But if you’re a working person — maybe you have a farm, you have a ranch, maybe a couple of homes, maybe you’ve managed to live the American dream, in other words most of the people we call the middle class — you’re going to get killed. You’re going to get killed on the big items, and that’s what you’re not being told,” he added.

Watch the video below to hear more from Mark Levin:

To enjoy more of “the Great One” — Mark Levin as you’ve never seen him before — subscribe to BlazeTV — the largest multi-platform network of voices who love America, defend the Constitution and live the American dream.