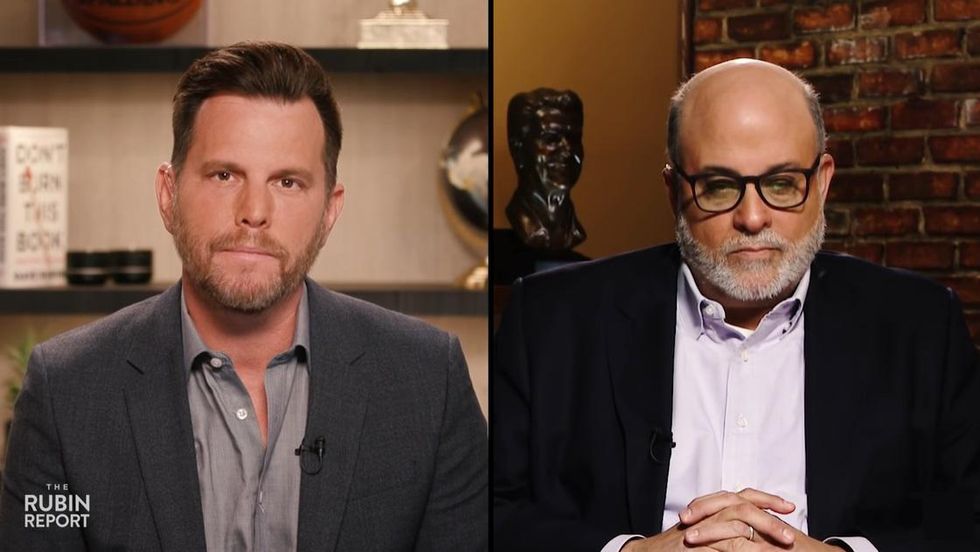 On the most recent episode of “The Rubin Report,” Dave Rubin spoke with fellow
BlazeTV host Mark Levin about the lesser-known origins of Karl Marx and why liberal Democrats need to join conservatives to save the U.S. from the radical Left.

Mark highlighted the importance of the U.S. Constitution and what people misunderstand when interpreting its meaning. He said he fears that critical race theory and the ideas of cultural Marxism may be leading us to a constitutional crisis. Then he shared the true history of
Karl Marx: a man who was a supporter of classical liberalism before he became an angry man suffering from social alienation, living off of subsidies from his wealthy friend Friedrich Engels who turned his attention to class conflict.

Dave and Mark discussed how progressives have fundamentally altered public schools and higher education in America, attacking “Americanism” and erasing history to change the way people look at our country.

Dave asked what we can do to push back against the “slow march” of Marxist ideology in our institutions in an age of social media and culture war.

“We have to start using the Left’s tactics against the Left,” Mark answered. “I never used to believe that. I used to preach free market capitalism, and I still believe that … but tactically, we’re going to have to get active. We’re going to have to do things we’ve never done before because Marxism is a constant revolution. Conservatism or constitutional conservatism is a stand-in-place. And so they are always on the move, and we are always on defense — if we’re doing anything at all.”

“The Democrat Party is always [figuratively] breaking windows. The Republican Party is always sitting in rocking chairs, you know, and just watching,” he continued. “This has to change … I think that’s why a lot of people like Trump, wittingly or not, because he would break windows when they break windows.

“More and more of us in our everyday lives are going to have to become activists — I don’t mean violent activist, I mean activists in the everyday things we do, where we choose to buy things, when we talk to neighbors to form groups to go to school boards and these sorts of things, start pressuring our legislatures so we have friendly legislatures to pass laws like they have in Florida to address Big Tech,” Levin said.

“We need to be on offense. We need to bring litigation. We need to throw as much against them as they throw against us, and do everything we possible can … we’re up against street Marxists or mobs or whatever you want to call them, that want to destroy our society,” he added, noting how many of history’s communist revolutions had the same goal.