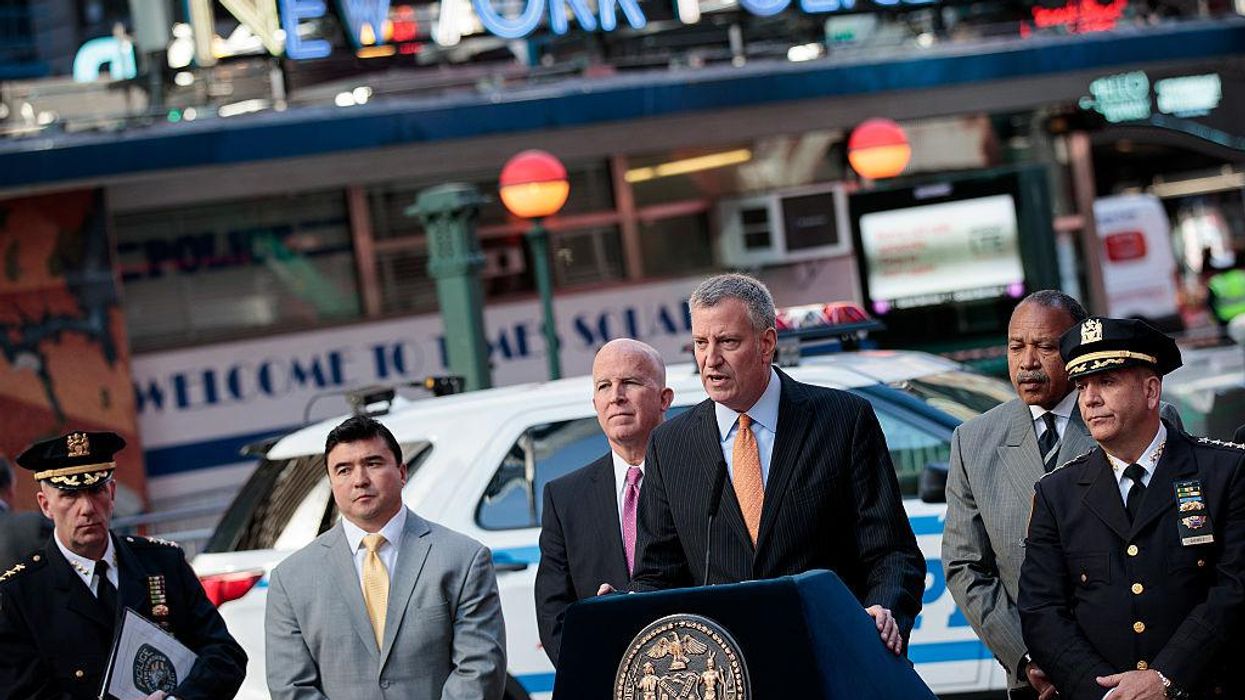 New York City Democratic Mayor Bill de Blasio is recommending police officers confront anyone who is behaving in a way that is deemed “hurtful,” even if the actions didn’t break any laws. De Blasio’s motion to crack down on ill-natured demeanor was a response to being asked if the NYPD and the city government could be doing more to combat hate crimes against Asians in wake of the Atlanta-area shooting where six Asian women, a white woman, and a white man were killed.

“Even if something is not a criminal case, a perpetrator being confronted by the city, whether it’s NYPD or another agency, and being told that what they’ve done was very hurtful to another person and could have ever repeated lead to criminal charges, that’s another important piece of the puzzle,” de Blasio said at a Thursday news conference, according to the New York Post.

“The NYPD is a great example: one of the things officers are trained to do is to give warnings,” de Blasio replied. “If someone has done something wrong, but not rising to a criminal level, it’s perfectly appropriate for an NYPD officer to talk to them to say, ‘that was not appropriate, and if you did that on a higher level, that would be a crime.’ I think that has an educating impact on people.

“I assure you, if an NYPD officer calls you or shows up at your door to ask you about something you did, it makes people think twice,” he claimed. “We need that.”

De Blasio appears to understand that hate speech, which can be difficult to precisely define and constantly changing, is not exempted from the protections of the First Amendment. Hateful conduct that intimidates, harasses, threatens, or physically harms another person is not protected and is punishable by law.

The Center for the Study of Hate and Extremism at California State University, San Bernardino, released a study this month that examined hate crimes in 16 of the largest cities in the United States. New York City had by far the biggest spike of anti-Asian hate crimes — skyrocketing from three in 2019 to 28 in 2020, an 833% increase over one year.

De Blasio has shifted funds away from the NYPD in the past year.

“We committed to move resources from the NYPD to youth and social services as part of our City’s budget,” de Blasio said, adding that New Yorkers “need to be reached, not policed.”