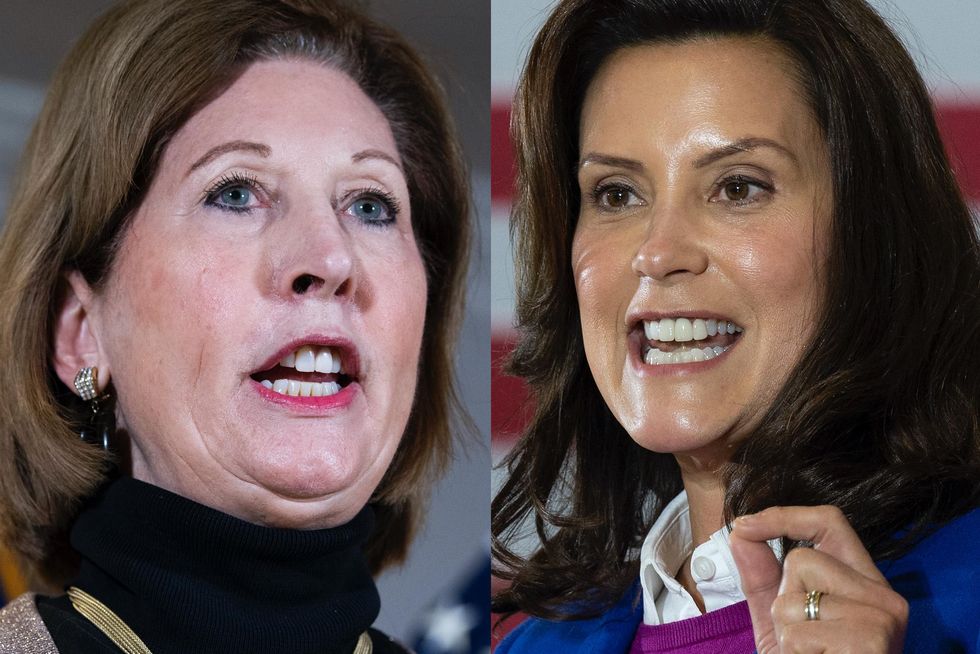 Democratic Michigan Gov. Gretchen Whitmer called for pro-Trump attorney Sidney Powell to be stripped of her law license over “grave attorney misconduct” related to lawsuits about the 2020 election.

Powell filed many of the lawsuits aiming to overturn the results of the presidential election over accusations that Democrats concocted a complex scheme involving Dominion voting machines to switch votes in order to elect President Joe Biden. Dominion later filed a billion dollar lawsuit against Powell for the claims against the company.

Whitmer has joined the fray by filing a complaint demanding Powell, a former federal prosecutor, lose her ability to practice law in Texas and in Michigan.

“She did not just tiptoe near a precarious ethical line — she outright crossed it,” Whitmer wrote in the complaint.

“By filing a frivolous lawsuit based on false statements and by brazenly attempting to disenfranchise Michigan voters during the recent presidential election, she engaged in grave attorney misconduct,” she added.

Powell said that she could link Dominion to efforts by China and Iran to interfere in the election, and even included the deceased dictator of Venezuela, Hugo Chavez.

Whitmer accused Powell of trying to disenfranchise voters in her state through her legal efforts, and also claimed that Powell helped incite the lethal violence at the U.S. Capitol.

“Ms. Powell has abused the trust the State Bar of Texas placed in her,” Whitmer said in the complaint.

“She filed a complaint based on falsehoods, used her law license in an attempt to disenfranchise Michigan voters and undermine the faith of the public in the legitimacy of the recent presidential election, and lent credence to untruths that led to violence and unrest,” she continued. “In doing so, she violated both her attorney oath and the rules of professional conduct that govern the practice of law.”

Here’s more about the lawsuit against Powell: