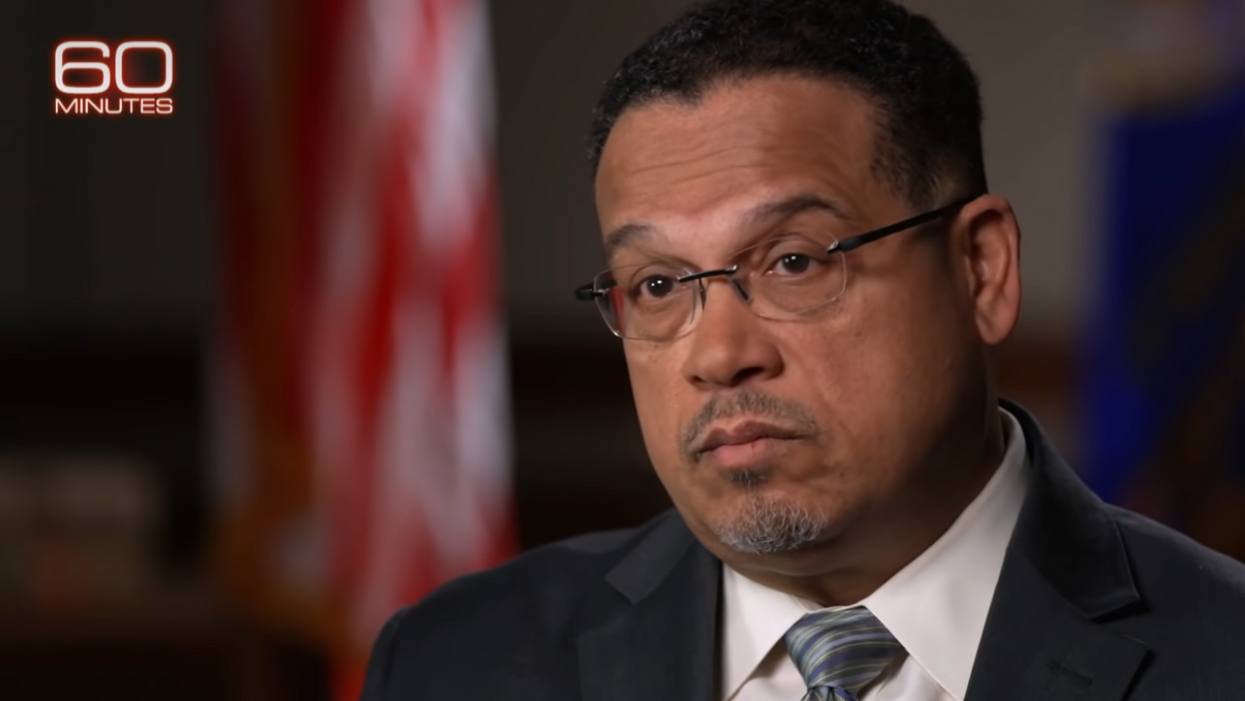 Minnesota Attorney General Keith Ellison (D) acknowledged during an interview with CBS’ “60 Minutes” Sunday that there is no evidence race was a motivating factor in the killing of George Floyd.

The progressive attorney general made the stunning admission when fielding a question from interviewer Scott Pelley on why the prosecution didn’t pursue a hate crime charge against former Minneapolis police officer Derek Chauvin, who knelt on Floyd’s neck for more than nine minutes during an arrest last May.

“I wouldn’t call it that because hate crimes are crimes where there’s an explicit motive and of bias,” Ellison said. “We don’t have any evidence that Derek Chauvin factored in George Floyd’s race as he did what he did.”

“In our society, there is a social norm that killing certain kinds of people is more tolerable than other kinds of… https://t.co/ZvF5G8oblU

“You could’ve charged him with a hate crime under Minnesota law, and you chose not to,” Pelley reiterated.

“Could have,” Ellison responded. “But we only charge those crimes that we had evidence that we could put in front of a jury to prove. If we’d had a witness that told us that Derek Chauvin made a racial reference, we might have charged him with a hate crime. But I would have needed a witness to say that on the stand. We didn’t have it. So we didn’t do it.”

Last week, Chauvin was pronounced guilty by a 12-person jury of murder and manslaughter for his role in Floyd’s death. Video of the incident spread like wildfire on social media and quickly became a flashpoint in a national conversation about racial injustice and police brutality. It ignited months of violent protests and riots across the country and around the world.

To anyone following the case and its subsequent coverage in the media, Floyd’s killing seemed always to be primarily about racial bias, which is what makes Ellison’s admission so shocking.

“The whole world sees this as a white officer killing a black man because he is black, and you’re telling me that there’s no evidence to support that?” Pelley asked with palpable astonishment.

In response, Ellison argued that while there was no specific evidence of racial bias in this particular case, systemic racism was obviously at work.

“In order for us to stop and pay serious attention to this case and be outraged by it, it’s not necessary that Derek Chauvin had a specific racial intent to harm George Floyd,” he continued. “The fact is we know that, through housing patterns, through employment, through wealth, through a whole range of other things — so often, people of color, black people, end up with harsh treatment from law enforcement. And other folks doing the exact same thing just don’t.”