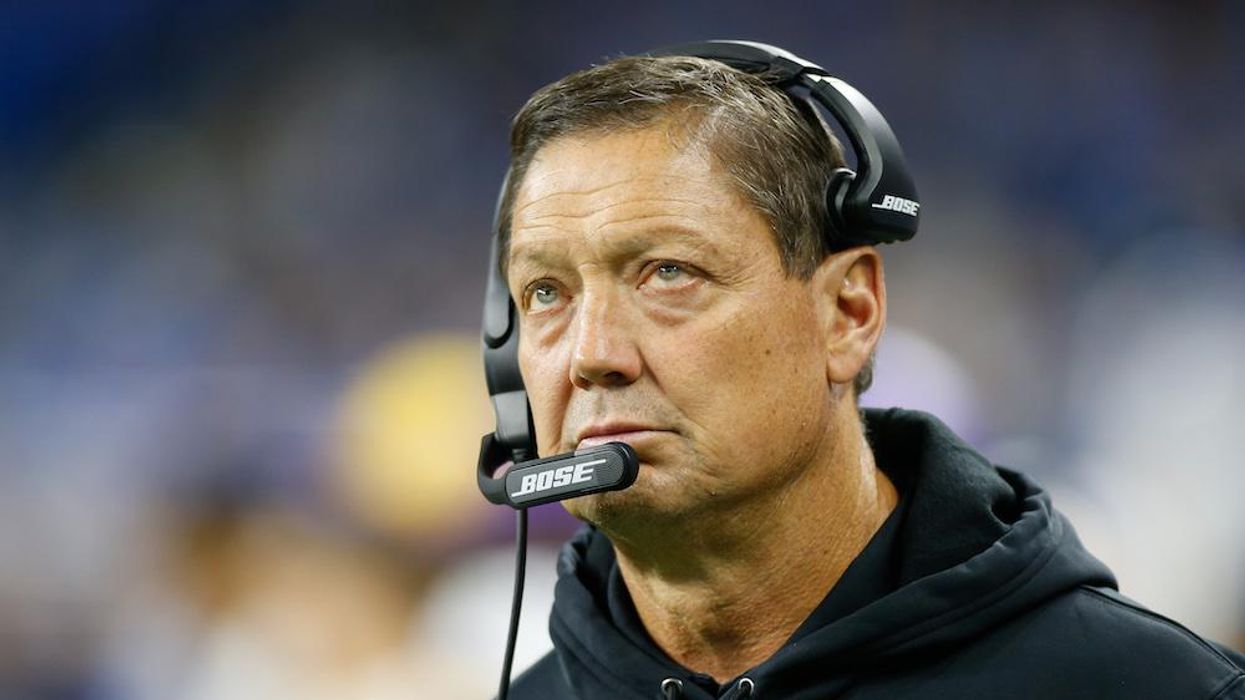 Minnesota Vikings assistant coach Rick Dennison is no longer with the team after he refused to get a COVID-19 vaccine as required by the NFL, ESPN
reported Friday.

This summer, the NFL introduced new COVID-19
protocols for players and staff.

The protocols require that all Tier 1 staff — coaches, equipment managers, scouts, and front-office executives — get the shots, unless they have a religious or medial reason for not getting inoculated. Any unvaccinated Tier 1 staffer will lose his Tier 1 status and thereby be prohibited from having direct contact with players, including being banned from the field and meeting rooms.

Players are not required to receive the vaccine, but will face other requirements and regulations that vaccinated players will be able to ignore.

Sources told ESPN that Dennison, who was the Vikings’ offensive line coach as well as run game coordinator for the last two years, opted not to get the shots and is now the first position coach in the league to lose his position after going against the NFL’s edicts.

After the news broke, ESPN’s Michael Eaves
justified 63-year-old Dennison losing his gig, as well as the league’s two tiers of treatment for vaccinated and unvaccinated players and the newly released rule that will force teams to forfeit games that have to be canceled for COVID reasons and cannot be made up. Players for teams that must forfeit will not get paid for those games.

“But your choices do have consequences,” he continued. “And for Rick Dennison, it’s not getting a salary this year as an assistant coach of the Vikings, and for some of the players who may opt out, they won’t get their salary. And if these players choose not to get a vaccine this year, they will have to face different protocols than the vaccinated players on their squad, and if it costs the league and the team money, these dudes are going to lose that money and their salary.

“Again, you have a choice, but those choices can have consequences,” Eaves lectured. “And for Rick Dennison, in his mind, he’s fine with not coaching because he doesn’t want to get the vaccine.