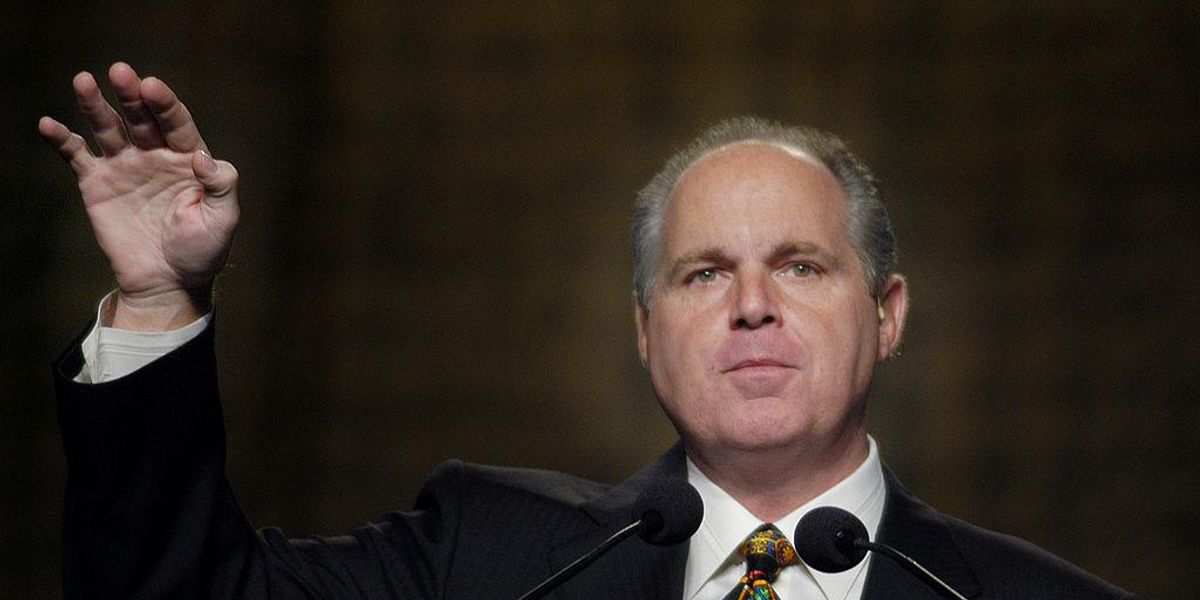 The measure came in the form of a provision tacked onto another bill and is reportedly one of several pitched by Republican state lawmakers to honor the Cape Girardeau, Missouri, native on his birthday, Jan. 12. Approved by the House, the measure now will make its way to the state Senate for consideration.

Limbaugh, a legendary conservative radio host, passed away earlier this year after a monthslong battle with lung cancer. Prior to his death, Limbaugh spent more than 30 years hosting one of the most popular radio programs in the country, tirelessly championing conservative causes and ideas.

A towering and polarizing figure, news of Limbaugh’s death in February evoked very different responses from individuals across the political spectrum. Conservatives celebrated the radio personality’s storied life and service to the country, while liberals ghoulishly celebrated the fact that he was gone.

In much the same way, the proposal to create “Rush Limbaugh Day” in Missouri garnered starkly different responses.

Republican supporters of Limbaugh reportedly characterized him as a conservative icon worthy of the honor.

“Rush demonstrated courage to speak boldly and encouraged his listeners and viewers to reach for their dreams and to push onward beyond the naysayers and discouragers that we all encounter in life,” Republican state Rep. Sara Walsh said.

On the other hand, Democrats blasted the move, claiming that it elevated the views of someone they consider racist and sexist.

In a statement, Democratic state Rep. Ashley Bland Manlove criticized his “constant attacks on Black people and other people of color.”

She noted that that Republicans tacked the proposal onto a bill that would also honor prominent black Missourians, such as George Washington Carver and Buck O’Neil.

Democratic state Rep. Ashley Aune added: “As a victim of sexual assault myself, their decision to enshrine a person who attempted to invalidate one of the most traumatic experiences of my life and the lives of other women and men is nothing short of infuriating.”

In response to attacks, the proposal’s sponsor, Republican Rep. Hardy Billington, argued that while Limbaugh may not have been perfect, “he had been an outstanding deal” who had “done so many great things.”