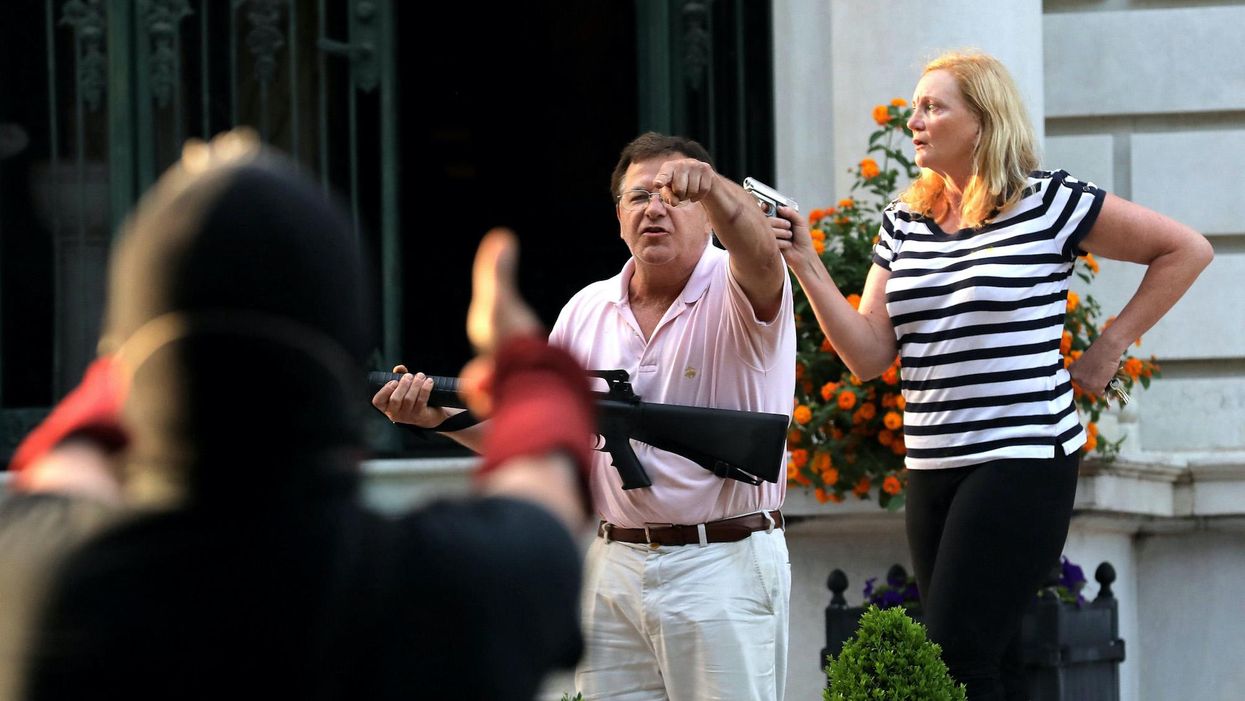 The governor of Missouri pardoned the McCloskeys for charges related to their brandishing of weapons against Black Lives Matter protesters in June 2020.

Mark and Patricia McCloskey were included in a slate of pardons that Gov. Mike Parson, a Republican, released in a statement on Tuesday.

The St. Louis couple pleaded guilty in June to several charges related to an incident caught on video where they brandished their weapons against protesters to protect their lives and their property. Critics excoriated them in the media and accused them of racism but they claimed that they feared for their lives.

“Mark McCloskey has publicly stated that if he were involved in the same situation, he would have the exact same conduct,” said Joel Schwartz, an attorney for the couple. “He believes that the pardon vindicates that conduct.”

In September law enforcement officials said they would not be pressing charges against nine BLM protesters who were arrested for trespassing during the McCloskey incident.

Parson had previously said that he was very likely to pardon the couple depending on the evidence shown in court.

“A mob does not have the right to charge your property. They had every right to protect themselves,” Parson said during a radio interview at the time.

“You don’t know until you hear all the facts,” he added. “But right now, if this is all about going after them for doing a lawful act, then yeah, if that scenario ever happened, I don’t think they’re going to spend any time in jail.”

Mark McCloskey is running for a U.S. Senate seat.

Here’s a news video from when they plead guilty: