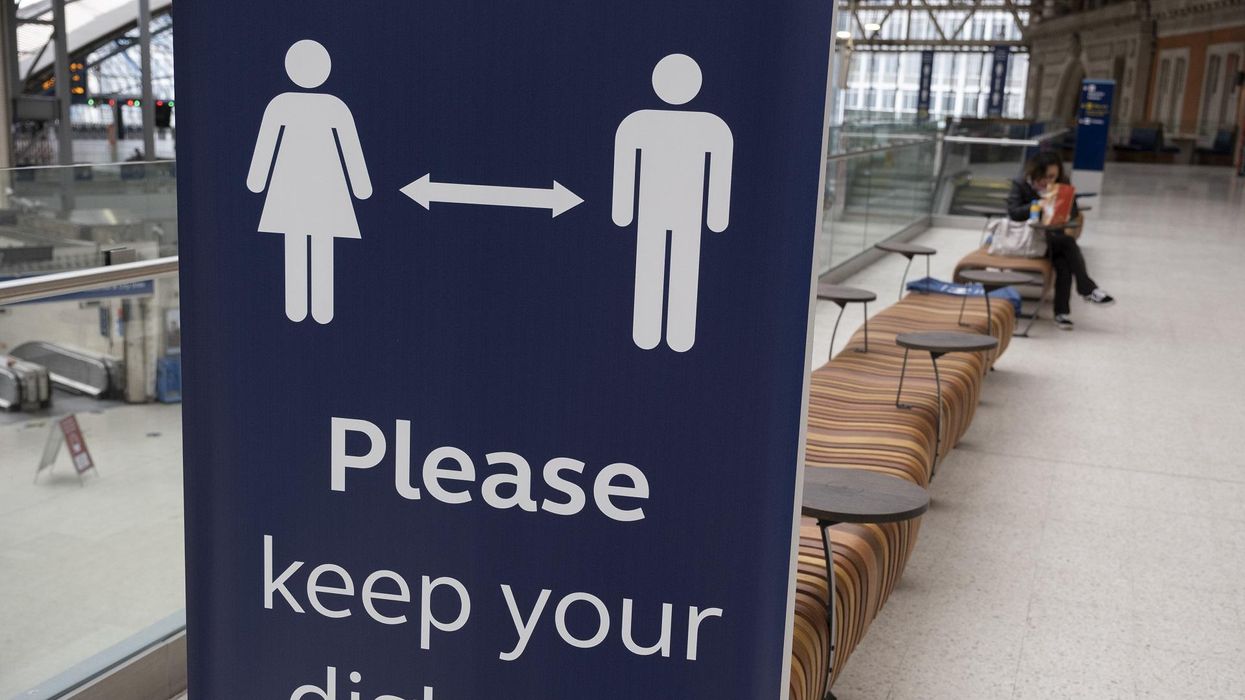 A pair of professors from the Massachusetts Institute of Technology say indoor social distancing guidelines are unnecessary and not based on science, after finding that it makes virtually no difference whether folks are 6 or 60 feet apart when it comes to the spread of COVID-19.

MIT professors Martin Bazant and John W.M. Bush have published a study arguing that “the current revival of the American economy is being predicated on social distancing, specifically the Six-Foot Rule, a guideline that offers little protection from pathogen-bearing aerosol droplets sufficiently small to be continuously mixed through an indoor space.”

They found, in short, as CNBC explains, that “the risk of being exposed to Covid-19 indoors is as great at 60 feet as it is at 6 feet — even when wearing a mask.”

“We argue there really isn’t much of a benefit to the 6-foot rule, especially when people are wearing masks,” Bazant told the outlet. “It really has no physical basis because the air a person is breathing while wearing a mask tends to rise and comes down elsewhere in the room so you’re more exposed to the average background than you are to a person at a distance.”

“What our analysis continues to show is that many spaces that have been shut down in fact don’t need to be,” he continued. “Often times the space is large enough, the ventilation is good enough, the amount of time people spend together is such that those spaces can be safely operated even at full capacity and the scientific support for reduced capacity in those spaces is really not very good.”

He argued that the mandates implemented across the nation during the pandemic that have shuttered businesses and schools have been unnecessary.

“This emphasis on distancing has been really misplaced from the very beginning,” he said. “The CDC or WHO have never really provided justification for it, they’ve just said this is what you must do and the only justification I’m aware of, is based on studies of coughs and sneezes, where they look at the largest particles that might sediment onto the floor and even then it’s very approximate, you can certainly have longer or shorter range, large droplets.”

Bazant added, “The distancing isn’t helping you that much and it’s also giving you a false sense of security because you’re as safe at 6 feet as you are at 60 feet if you’re indoors. Everyone in that space is at roughly the same risk, actually.”

Upon seeing CNBC’s report, a Twitter user identifying themselves as a “politically neutral social scientist” wrote: “It took experts an entire year to discover that a 14 year old’s science project should not be used to guide a pandemic response plan. Social distancing is bad science.”

They pointed to a post from the American Institute for Economic Research that cites a New York Times report from a year ago explaining that the idea for social distancing, indeed, came from a kid during the President George W. Bush administration and “was viewed as impractical, unnecessary and politically infeasible.”

Fourteen years ago, two federal government doctors, Richard Hatchett and Carter Mecher, met with a colleague at a burger joint in suburban Washington for a final review of a proposal they knew would be treated like a piñata: telling Americans to stay home from work and school the next time the country was hit by a deadly pandemic.

When they presented their plan not long after, it was met with skepticism and a degree of ridicule by senior officials, who like others in the United States had grown accustomed to relying on the pharmaceutical industry, with its ever-growing array of new treatments, to confront evolving health challenges.

Drs. Hatchett and Mecher were proposing instead that Americans in some places might have to turn back to an approach, self-isolation, first widely employed in the Middle Ages.

How that idea — born out of a request by President George W. Bush to ensure the nation was better prepared for the next contagious disease outbreak — became the heart of the national playbook for responding to a pandemic is one of the untold stories of the coronavirus crisis.

It brought their work together with that of a Defense Department team assigned to a similar task.

And it had some unexpected detours, including a deep dive into the history of the 1918 Spanish flu and an important discovery kicked off by a high school research project pursued by the daughter of a scientist at the Sandia National Laboratories.
The concept of social distancing is now intimately familiar to almost everyone. But as it first made its way through the federal bureaucracy in 2006 and 2007, it was viewed as impractical, unnecessary and politically infeasible.