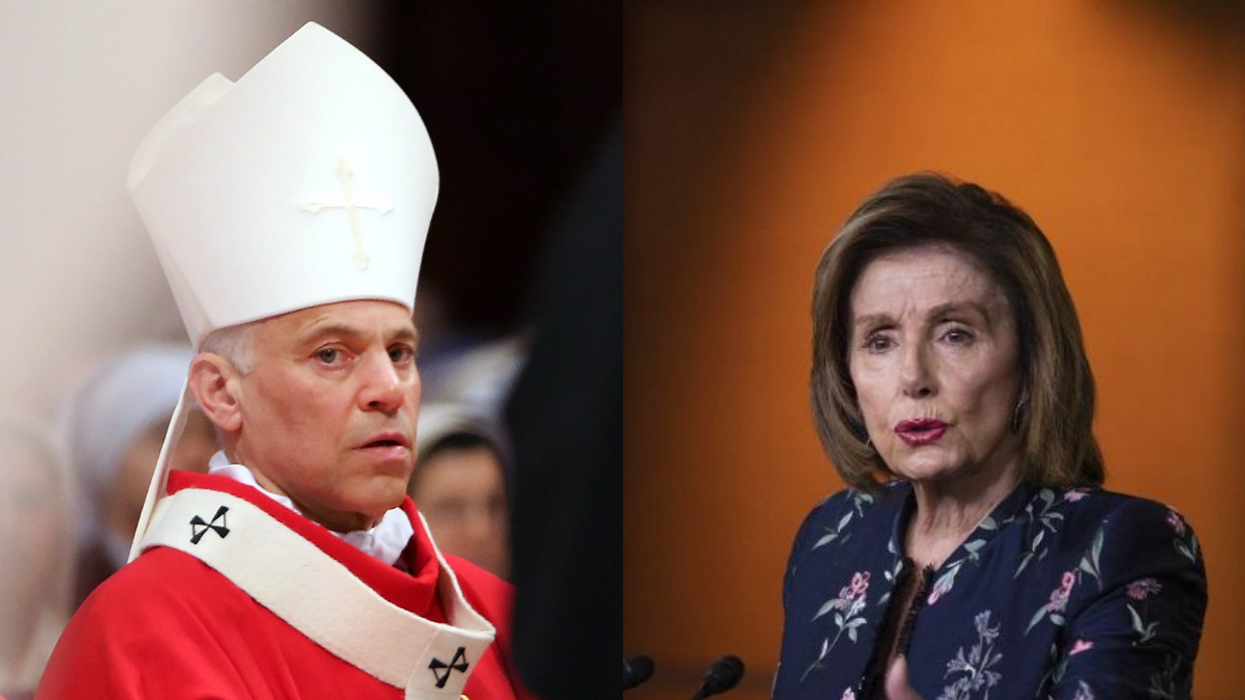 Democratic House Speaker Nancy Pelosi was put on blast this week by her own archbishop after the pro-abortion politician touted her “devout Catholic” faith while defending taxpayer-funded abortions.

During a news conference Thursday on Capitol Hill, Pelosi defended a Democratic initiative to permit federal funding for elective abortions by repealing the Hyde Amendment, and cited her religious faith in doing so.

“As a devout Catholic and mother of five in six years, I feel that God blessed my husband and me with our beautiful family,” she said. “But it’s not up to me to dictate that that’s what other people should do.”

The California Democrat went on to describe taxpayer-funded abortions as “an issue of fairness and justice for poor women in our country.”

What did the archbishop say?

“Let me repeat: no one can claim to be a devout Catholic and condone the killing of innocent human life, let alone have the government pay for it,” Cordileone charged in a blistering statement in which he also characterized her position as the “epitome of hypocrisy”:

The right to life is a fundamental – the most fundamental – human right, and Catholics do not oppose fundamental human rights. To use the smokescreen of abortion as an issue of health and fairness to poor women is the epitome of hypocrisy: what about the health of the baby being killed? What about giving poor women real choice, so they are supported in choosing life? This would give them fairness and equality to women of means, who can afford to bring a child into the world. It is people of faith who run pro-life crisis pregnancy clinics; they are the only ones who provide poor women life-giving alternatives to having their babies killed in their wombs. I cannot be prouder of my fellow Catholics who are so prominent in providing this vital service. To them I say: you are the ones worthy to call yourselves “devout Catholics”!

Pelosi has yet to respond publicly to the sharp criticism.

While Thursday’s statement from Cordileone marked his most pointed rebuke to date, it was not the first time the archbishop had taken prominent pro-abortion politicians, like Pelosi, to task.

In a pastoral letter earlier this year, Cordileone argued that high-profile Catholics “who erroneously, and sometimes stubbornly, promote abortion” should be denied the church’s holiest of sacraments, communion, since “their advocacy of abortion definitely leads others to do evil.”

Cordileone’s sentiment is shared by a plurality of bishops at the U.S. Conference of Catholic Bishops (USCCB). In June, the conference voted in favor of drafting a document to potentially withhold communion from pro-abortion Catholic politicians.