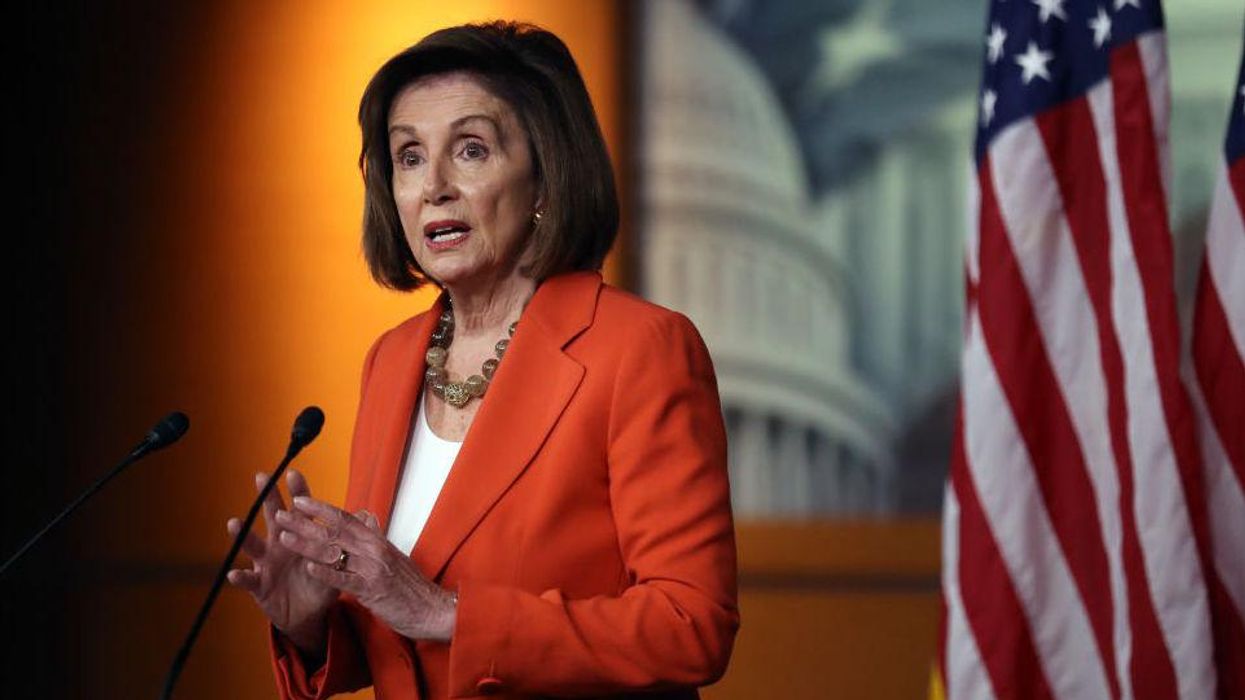 House Speaker Nancy Pelosi received an impromptu civics lesson on Sunday after she tried to deflect responsibility for allowing the controversial eviction moratorium to expire at midnight on Aug. 1.

With the expiration of the moratorium, more than 15 million Americans in 6.5 million households who are collectively behind on more than $20 billion in rental payments are now at-risk of losing their homes, according to Reuters.

The moratorium, however, has been “killing small landlords,” who own the majority of rental properties in the U.S. With the government allowing renters to stay in properties without paying or falling behind on monthly rent payments, landlords, many of whom still have mortgages on their properties, have been one casualty not receiving enough attention in the debate over the moratorium.

What did Pelosi say?

The California Democrat blamed the Centers for Disease Control and Prevention for allowing the eviction moratorium expire, claiming the public health agency had the power to extend it.

“The CDC has the power to extend the eviction moratorium,” Pelosi said. “As they double down on masks, why wouldn’t they extend the moratorium in light of delta variant?”

“It is a moral imperative to keep people from being put out in the street which also contributes to the public health emergency,” she continued. “The virus is still a threat, the moratorium must be extended and the funds Congress allocated to assist renters and landlords must be spent.”

It is a moral imperative to keep people from being put out in the street which also contributes to the public healt… https://t.co/9zYlyNxggb

Pelosi’s remarks sparked significant backlash, resulting in thousands of people pointing out that Congress had the power to extend the eviction moratorium — not the CDC — and any suggestion otherwise is an attempt to deflect from acting as the legislature.

In June, the Supreme Court voted to allow the eviction moratorium to remain in place — only because it was set to expire weeks later on July 31.

However, the court ruled the CDC “exceeded its existing statutory authority” by issuing the moratorium.

“In my view, clear and specific congressional authorization (via new legislation) would be necessary for the CDC to extend the moratorium past July 31,” Justice Brett Kavanaugh wrote.

Rep. Alexandria Ocasio-Cortez (D-N.Y.) admitted Sunday that “conservative Democrats” are to blame for allowing the moratorium to expire, explaining on CNN’s “State of the Union” that moderate Democrats were more interested in taking their summer vacation than helping provide renters with assistance.

“There was frankly a handful of conservative Democrats in the House that threatened to get on planes rather than hold this vote,” Ocasio-Cortez said.

“We have to really just call a spade a spade,” she added. “We cannot in good faith blame House Republicans when Democrats have the majority.”

However, not every House Democrat left Washington, D.C.

Interestingly, members of “The Squad,” led by Rep. Cori Bush (D-Mo.), are protesting the expiration of the moratorium by sleeping on the steps of the U.S. Capitol.