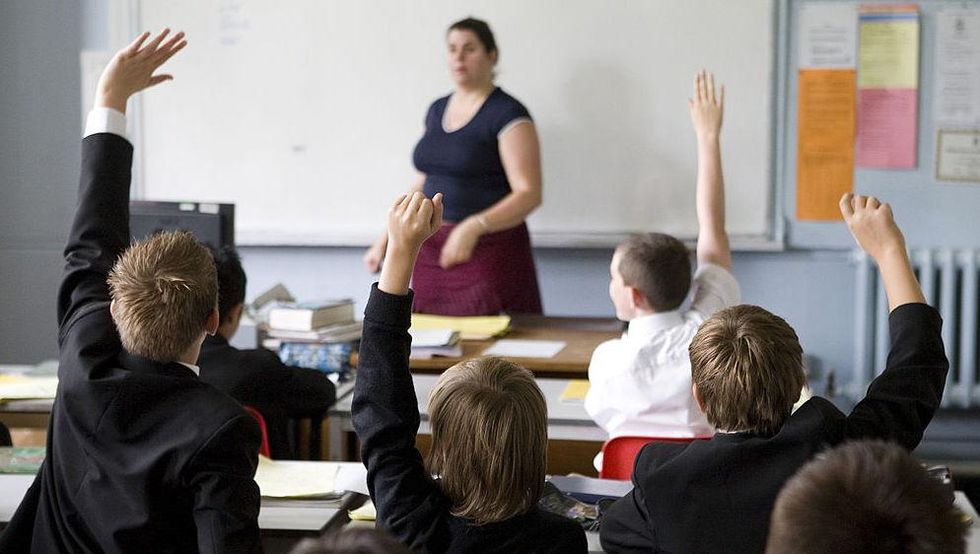 The National Education Association, the largest teachers union in the United States, mysteriously scrubbed from its website a recently adopted plan to combat opponents of critical race theory.

As TheBlaze reported, the NEA adopted a resolution at its annual meeting last week that pledged to “fight back” against groups working to stop critical race theory from being taught in schools.

Not only did the NEA’s resolution vow to “fight back against anti-CRT rhetoric,” but the resolution reaffirmed the NEA’s view that developing curriculum based on critical race theory and other similar ideologies is important “for understanding and interpreting the impact of the past on current society.”

The action plan is necessary, according to a separately adopted resolution, because “the attacks on anti-racist teachers are increasing.” That resolution was also removed.

The NEA removed its pro-CRT resolutions from the union website sometime this week after its plans generated attention, and predictable backlash, online.

Jessica Anderson, executive director of Heritage Action, an organization that NEA cited specifically as one group the union would “fight back” against, noted Tuesday, “[Three] days after their annual meeting concludes, @NEAToday, the nation’s largest teacher’s union, scrubs the agenda items announcing their nationwide campaign to push CRT from their website.”

Why the sudden change?

The NEA has not said why the organization suddenly scrubbed the resolutions from its website.

However, as Robby Soave at Reason pointed out, part of the reason may be that advocates of CRT are usually shy about whether the far-left ideology is being taught in schools per se.

In fact, as Soave highlighted, by amplifying critical race theory and everything that comes with the ideology as something the largest teachers union in the U.S. believes should be taught in schools, the NEA essentially confirmed what critics of CRT have been saying.

This is no small matter, given that many progressives have rested their entire defense of CRT on the idea that it’s a very narrowly defined aspect of elite law school training. Judd Legum, formerly of ThinkProgress, has said the notion that CRT is taught in K-12 schools is a lie. During an extended and furiously unproductive debate on the subject, MSNBC’s Joy Reid accused Manhattan Institute scholar Christopher Rufo—the leading anti-CRT activist—of “making up your own thing, labeling it something that already existed as a name, slapped that brand name on it, and turned it into a successful political strategy.”

I think this accusation is basically correct, and Rufo occasionally appears to admit as much. But if the NEA asserts that CRT is a much broader concept—encompassing anti-capitalism and anti-ableism—and a vital tool for fostering “honesty” in K-12 education, the organization is essentially validating conservative parents’ concerns.

TheBlaze reached out the NEA for comment, both on why the resolution was removed and whether the removal of the resolution is indicative of a position change. The NEA has not yet responded.