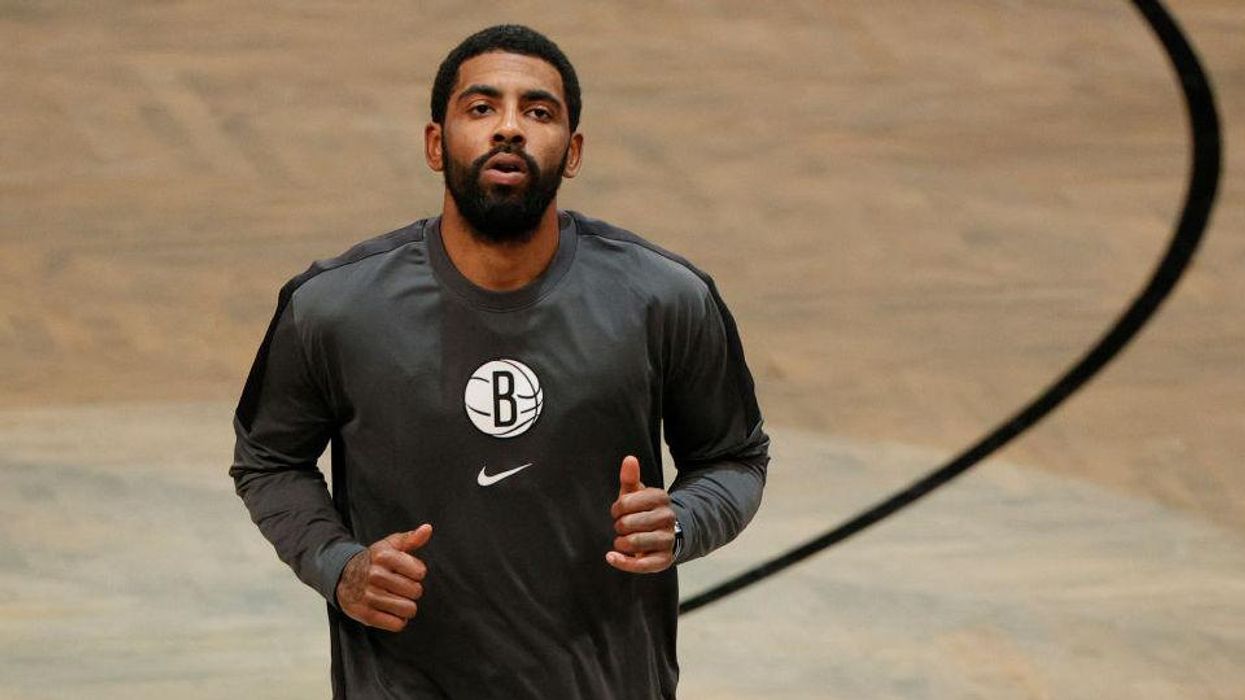 NBA superstar Kyrie Irving, the starting shooting guard for the Brooklyn Nets, blamed racism after being targeted Sunday by a Boston fan with what police called a “dangerous weapon” — a water bottle.

Police arrested 21-year-old Cole Buckley after he allegedly tossed a Dasani water bottle at Irving following a game between the Nets and Boston Celtics Sunday night. The Nets won the game and took a 3-1 lead in the NBA playoff series. Game 5 is Monday night at Brooklyn.

According to ESPN, the bottle “narrowly missed” Irving, who was leaving the court when the alleged incident took place. Still, police have charged Buckley with assault and battery by means of a dangerous weapon.

As Kyrie Irving was leaving the floor at TD Garden a fan threw a water bottle at him https://t.co/r6GeIvtt3I

The fan was also permanently banned from TD Garden, the Celtics’ arena.

“We have zero tolerance for violations of our guest code of conduct, and the guest is subject to a lifetime ban from TD Garden,” a spokesperson for TD Garden said.

How did Irving respond?

The basketball star blamed racism, “entitlement,” and a “human zoo” environment for the incident.

“It’s unfortunate that sports has come to a lot of this kind of crossroads where you’re seeing a lot of old ways come up,” Irving said. “It’s been that way in history in terms of entertainment and performers and sports for a long period of time, and just underlying racism and just treating people like they’re in a human zoo, throwing stuff at people, saying things.”

“I just wanted to keep it strictly basketball, and then you just see that people feel very entitled out here. They pay for the tickets, great, I’m grateful that they’re coming in to watch a great performance,” Irving added, “but we’re not at the theater, we’re not throwing tomatoes and other random stuff at the people that are performing.”

“It’s unfortunate that sports has come to a lot of this kind of crossroads. … Just underlying racism and just tre… https://t.co/PHrtP0Kr2c

Irving later added that he doesn’t feel the players are treated like humans during their games.

“We keep saying we’re human, we’re human but we don’t get treated like we have rights when we’re out there sometimes and people feel entitled to go and do things like that,” he said.

Before traveling to Boston, Irving stated publicly that he hoped he did not encounter racism in his return to Beantown. Irving previously played for the Boston Celtics between 2017 and 2019.

“I’m just looking forward to competing with my teammates, and you know, hopefully we can just keep it strictly basketball,” Irving said. “You know, there’s no belligerence or any racism going on, subtle racism, and people yelling [expletive beeped out] from the crowd.”