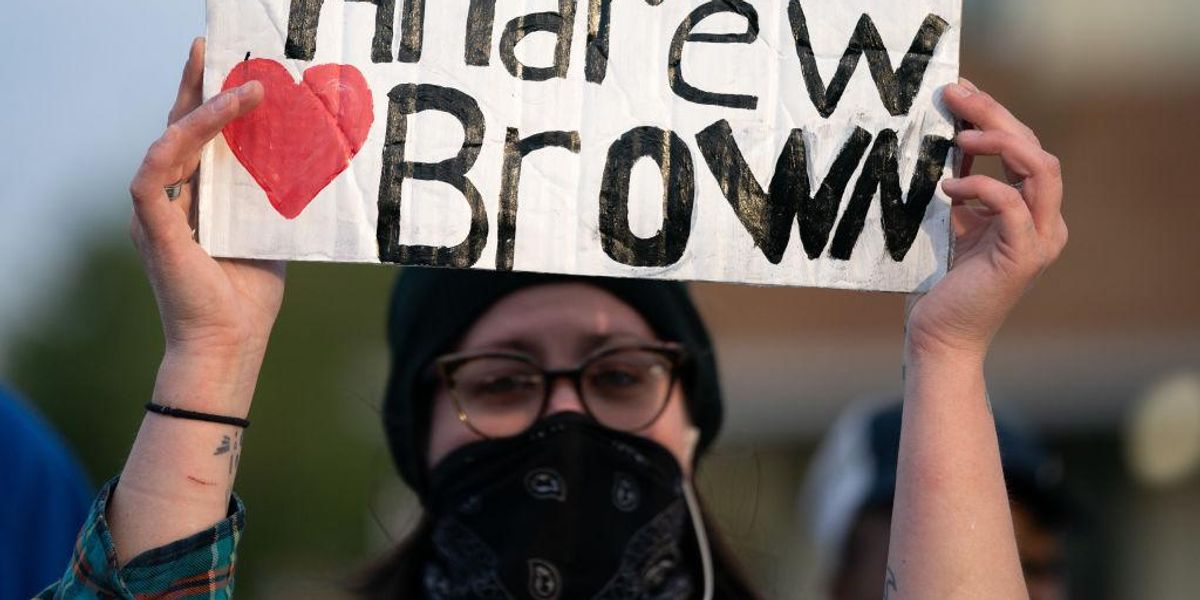 In a news conference relaying the results of an independent investigation into the incident conducted by the North Carolina State Bureau of Investigation, Pasquotank County District Attorney R. Andrew Womble said, “While tragic, the shooting of Mr. Brown was justified because of his actions.”

The district attorney announced that none of the three Pasquotank County sheriff’s deputies who fired their weapons during the incident will face charges since their actions were spurred on by Brown’s use of his car as a “deadly weapon” while he was attempting to evade arrest, WAVY-TV reported.

“No officers will be criminally charged,” Womble said. “The officers’ actions were consistent with their training and fully supported under law.”

“The deputies faced both actual and apparent danger as perceived by them on the scene,” he added. “This apparent threat was reinforced by Brown’s dangerous and felonious use of a deadly weapon. As tragic as this incident is with the loss of life, the deputies on scene were nonetheless justified in defending themselves from death or great bodily injury.”

Brown was shot and killed while behind the wheel of his vehicle while deputies were attempting to serve a warrant for his arrest on felony drug charges on April 21, just days after a jury convicted former Minneapolis police Officer Derek Chauvin of murder and manslaughter for his role in George Floyd’s death.

Body camera footage of the incident shows Brown accelerate his vehicle in attempt to vacate the area as deputies pulled up to his home to arrest him. Two deputies were situated in the direction that Brown was heading as he turned his vehicle and drove out of the driveway.

But Brown’s family and their lawyers had argued that law enforcement overreacted to the situation, needlessly firing at a suspect who was attempting to flee the scene, not hurt officers, NBC News reported. An autopsy report showed that Brown was struck with five bullets during the incident, including one to the back of the head, which proved fatal.

But in his explanation, Womble cited case law that grants police the right to use deadly force against a fleeing criminal suspect who is driving recklessly and thereby posing a threat to public safety.

“But the question is when is that threat extinguished?” asked Duke University Law School professor Jim Coleman in an interview with NBC News. “It’s very clear what was going on: He was trying to escape, he was not trying to ram his car into officers.”