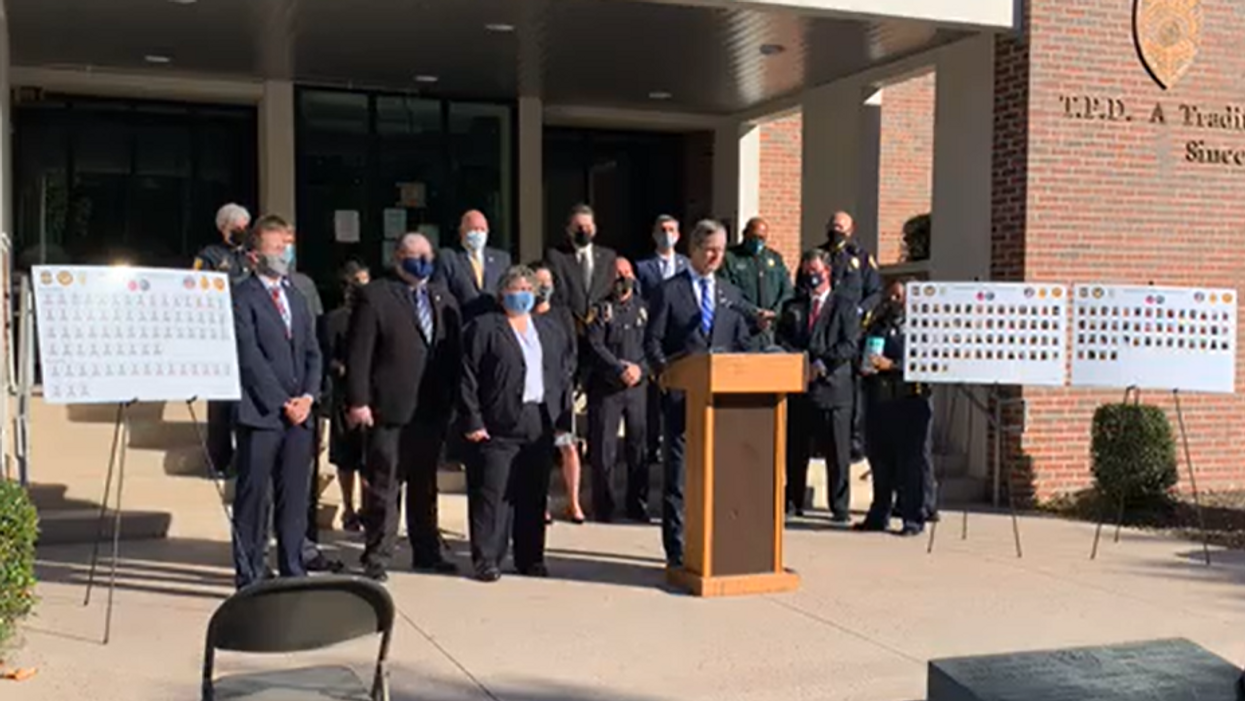 The investigation began in November 2018, after authorities discovered a 13-year-old child’s image on a prostitution website. Elizabeth Bascom, one of the lead investigators in the case, told the Tallahassee Democrat that abuse of the girl may have begun even before her 13th birthday, and called the girl’s exploitation “horrific.”

Several of the defendants told investigators during sworn interviews that the girl’s mother wouldn’t allow anyone to have sex with her daughter unless they brought money or drugs, according to police reports.

Police did not reveal if the victim’s mother was involved in the sex trafficking ring, or if she was charged with any crimes.

The meetings occurred in an apartment, as well as hotels and motels. The encounters were arranged via text messages and social media, providing a trail of electronic evidence.

Tallahassee Police Chief Lawrence Revell said the investigation resulted in the 178 arrests; 106 people have been charged with felonies, and 72 face misdemeanor charges. There are 19 suspects who face federal felony charges. Charges include the production of child pornography, human sex trafficking of a minor, and solicitation of prostitution.

“It is difficult to comprehend the depravity of these criminals who prey on the most innocent in our society,” acting Special Agent in Charge of Homeland Security Investigations Tampa Field Office Kevin Sibley said. “Thanks to the collective efforts of the Tallahassee Police Department and HSI special agents, our local communities are significantly safer today as a result of this investigation.”

“Human sex trafficking is a $150 billion industry worldwide,” Revell said. “Florida ranks in the top 5 in the nation for reports of human trafficking.”

Revell said the teen is “on the road to recovery, and she’s doing well given the situation.”

“She does have things to say,” Bascom said of the victim. “She was able to say that this has seriously impacted her life, and it is very difficult at times. But she is working to get her life back.”

Operation Stolen Innocence was a multi-agency investigation that included the Florida Department of Law Enforcement, Department of Homeland Security Investigations, and the U.S. Marshals Service.

On Oct. 27, the United States Marshals Service announced the recovery of 45 missing and endangered children in Ohio and West Virginia during “Operation Autumn Hope.” The Central Ohio Human Trafficking Task Force made 179 arrests during the investigation.

On Oct. 1, the U.S. Marshals located 11 children in New Orleans, two of which were in “extreme danger.“

On Sept. 21, U.S. Marshals announced that they had recovered 35 missing children in Ohio during “Operation Safety Net.”

On Sept. 4, the agency said that it had rescued eight “highly endangered” missing children during “Operation Homecoming” in Indiana.

On Aug. 27, U.S. Marshals retrieved 39 missing children in Georgia and Florida during “Operation Not Forgotten.” Authorities said the children were between the ages of 3 to 17. Of the 39 endangered children, 15 were victims of sex trafficking.