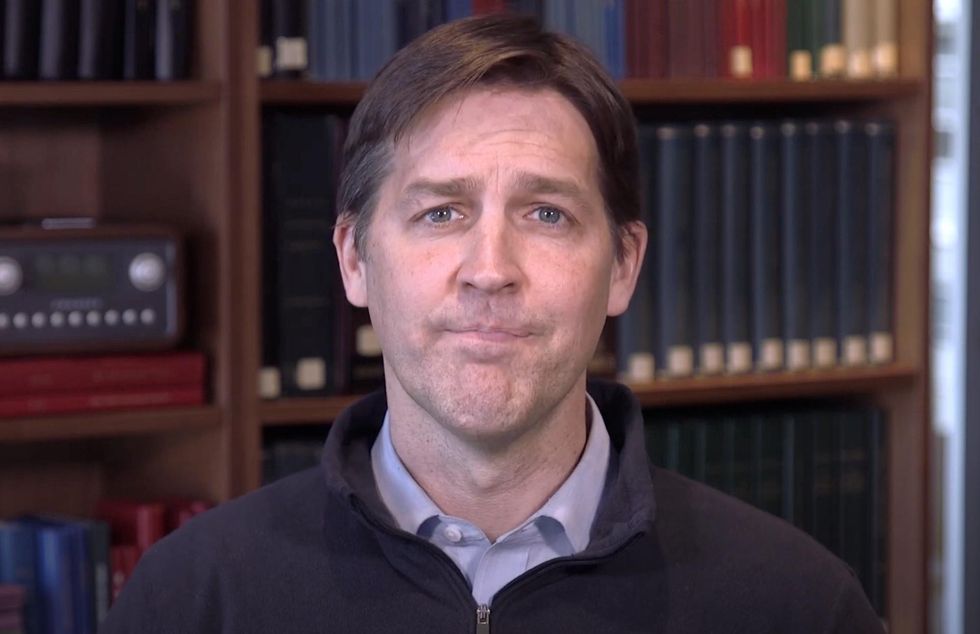 Republican Sen. Ben Sasse of Nebraska is the target of a draft resolution by the Republican party in his home state in anticipation of his vote in the Senate impeachment trial of former President Donald Trump.

Sasse has been a vocal critic of the president but even though he hasn’t declared how he will vote in the Senate trial, the Republican party of Nebraska has readied itself to express their disapproval.

“Senator Ben Sasse has persistently engaged in public acts of ridicule and calumny against President Donald J. Trump, through both the spoken and written word, questioning the president’s agenda, decisions, motives, and competency,” the resolution says according to a draft copy obtained by
News Channel Nebraska.

On Thursday, Sasse
responded in a video posted to social media.

“I listen to Nebraskans every day, and very few them are as angry about life, as some of the people on this committee. Not all of you, but a lot,” said Sasse.

“Political addicts don’t represent most Nebraska conservatives. When Melissa and I first ran back in ’14, we spoke with hundreds of thousands across this gorgeous state and we promised to speak out when our leaders, not just Democrats, but any leader in any party crossed the line. We pledged to put the constitution above party politics. You have me standing ovations,” he added.

“But many of the same party officials who applauded in ’14 cussed me out in ’16 when I refused to vote for candidate Trump, and again when I declined to serve on his re-election committee in ’19, and again when I didn’t vote for him in ’20,” he continued.

Sasse went on to accuse Trump of causing the “shameful mob violence” at the U.S. Capitol because of the false claims he made about the results of the election.

He lied about the election results for 60 days, despite losing 60 straight court challenges — many handed down by wonderful Trump-appointed judges.

He lied by saying that the vice president could violate his constitutional oath and just declare a new winner.

He then riled a mob that attacked the Capitol — many chanting ‘Hang Pence.’

If that president were a Democrat, we both know how you’d respond. But, because he had ‘Republican’ behind his name, you’re defending him.

He then touted his conservative record and pointed out that more Nebraskans voted for him than voted for Trump in the 2020 election.

“You are welcome to censure me again, but let’s be clear about why this is happening. It’s because I still believe, as you used to, that politics is not about the weird worship of one dude. The party could purge Trump skeptics, but I’d like to convince you that not only is that civic cancer for our nation, but it’s terrible for our party,” he continued.

“We can lead again, but only if our party is willing to change,” Sasse concluded. “We’re gonna have to choose between conservatism and madness. Between just trolling and actually persuading the rising generation of Americans again. That’s what I’m focused on.”

Trump is unlikely to be convicted since the Constitution stipulates two-thirds of the Senate are needed, and many have already Republicans have signaled that they support the former president.

Here’s the video of Sasse’s respond to the Nebraska GOP: