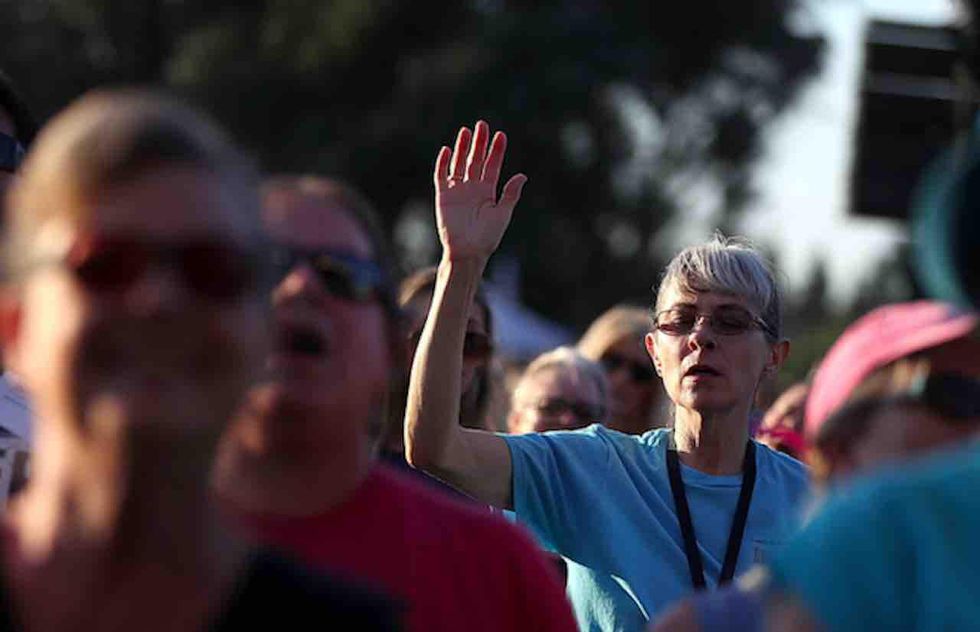 Indeed the “paper of record” singled a giant swath of humanity as a enemy of COVID-19 vaccines — using race and faith as its sole parameters — and quoted Jamie Aten, founder and executive director of the Humanitarian Disaster Institute at Wheaton College, a well-known evangelical school.

“If we can’t get a significant number of white evangelicals to come around on this, the pandemic is going to last much longer than it needs to,” Aten said, according to the Times.

The paper also claimed that white evangelical “opposition is rooted in a mix of religious faith and a longstanding wariness of mainstream science, and it is fueled by broader cultural distrust of institutions and gravitation to online conspiracy theories.”

There are about 41 million white evangelical adults in the U.S. About 45 percent said in late February that they would not get vaccinated against Covid-19, making them among the least likely demographic groups to do so, according to the Pew Research Center. […]

As vaccines become more widely available, and as worrisome virus variants develop, the problem takes on new urgency. Significant numbers of Americans generally are resistant to getting vaccinated, but white evangelicals present unique challenges because of their complex web of moral, medical, and political objections. The challenge is further complicated by longstanding distrust between evangelicals and the scientific community.

What else appeared in the Times’ story?

While it shined a bright spotlight on white evangelicals, interestingly the paper said “no clear data is available about vaccine hesitancy among evangelicals of other racial groups. But religious reasoning often spreads beyond white churches.”

The Times called attention to evangelicals in the public eye who approve of vaccines and others who are against them. But it paid particular attention to a woman who “travels throughout California in a motor home” and is dead set against getting a needle in her arm.

“Fear is the motivating power behind all of this, and fear is the opposite of who God is,” Teresa Beukers told the paper. “I violently oppose fear.”

Ms. Beukers foresees severe political and social consequences for resisting the vaccine, but she is determined to do so. She quit a job at Trader Joe’s when the company insisted that she wear a mask at work. Her son, she said, was kicked off his community college football team for refusing Covid testing protocols.

Jesus, she added, broke ritual purity laws by interacting with lepers. “We can compare that to people who are unvaccinated,” she said. “If they get pushed out, they’ll need to live in their own colonies.”

The paper added that “white pastors have largely remained quiet. That’s in part because the wariness among white conservative Christians is not just medical, but also political. If white pastors encourage vaccination directly, said Dr. Aten, ‘there are people in the pews where you’ve just attacked their political party, and maybe their whole worldview.'”

The Times said Elaine Ecklund, professor of sociology and director of the Religion and Public Life Program at Rice University, observed that distrust of scientists has become part of what it means to be white and evangelical in America.

What was the reaction to the Times’ story?

After the Times’ tweeted out a link to its story Monday, naturally a number of commenters backed the paper singling out white evangelicals — in fact, one person said they should be placed in “one big arena. Let them pray or sing or whatever they do. Let the virus run rampant throughout the venue. Let science decide their fate.”

But others took issue with the Times’ report:

Time magazine raked over the coals for ‘sycophantic’ cover of Joe Biden: ‘What a joke’