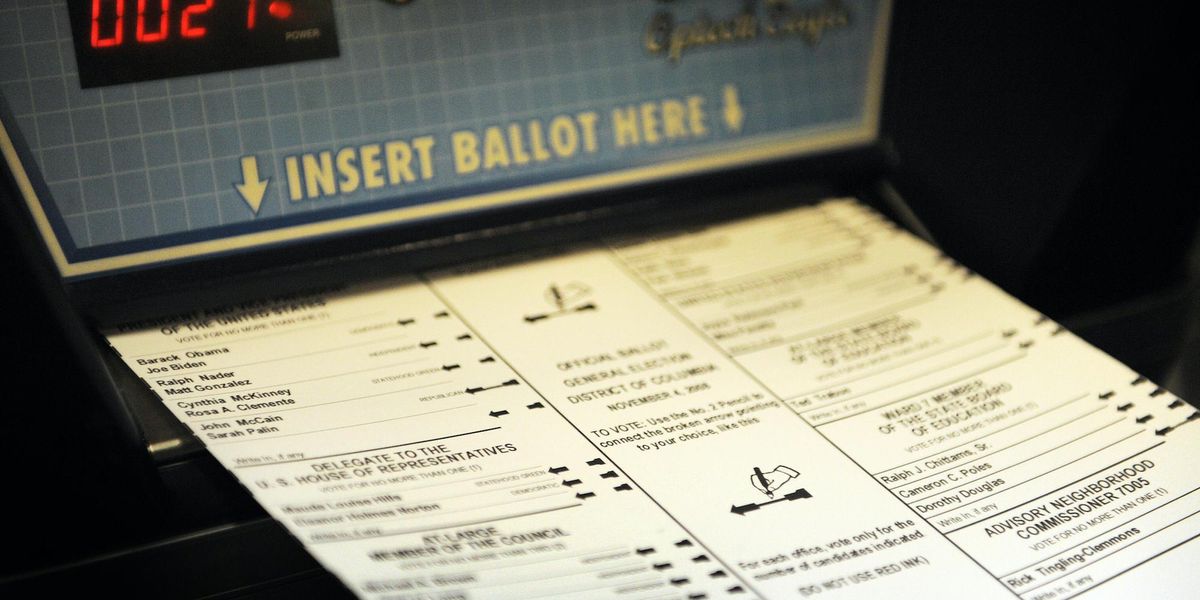 Newsmax
settled a lawsuit with a Dominion Voting Systems executive over accusations about election fraud and issued an apology and a retraction of those claims on Friday.

The
statement on their website said there was no evidence that Dr. Eric Coomer, the Director of Product Strategy and Security at Dominion, had changed the election ballots.

Newsmax would like to clarify its coverage of Dr. Coomer and note that while Newsmax initially covered claims by President Trump’s lawyers, supporters and others that Dr. Coomer played a role in manipulating Dominion voting machines, Dominion voting software, and the final vote counts in the 2020 presidential election, Newsmax subsequently found no evidence that such allegations were true. Many of the states whose results were contested by the Trump campaign after the November 2020 election have conducted extensive recounts and audits, and each of these states certified the results as legal and final.

The statement went on to clarify that there was no evidence Coomer had met with members of Antifa either. The statement concluded with an apology to Coomer and his family.

On behalf of Newsmax, we would like to apologize for any harm that our reporting of the allegations against Dr. Coomer may have caused to Dr. Coomer and his family.

Coomer has
said that he and his family went into hiding after he was falsely accused of rigging the election for then-candidate Joe Biden.

“It’s terrifying,” Coomer told the Associated Press. “I’ve worked in international elections in all sorts of post-conflict countries where election violence is real and people are getting killed over it. And I feel that we’re on the verge of that.”

His lawsuit will continue on against the other defendants, which include attorneys Rudy Giuliani and Sidney Powell, Eric Mataxas, One America News Network (OANN), and the Trump campaign.

“With respect to the remaining defendants, Dr. Coomer is seeking damages to his reputation and livelihood and, once certified by the court, punitive damages,” read a statement from the law firm representing Coomer.

Dominion has their own defamation lawsuit against numerous media figures apart from Coomer’s lawsuit and it is ongoing.

Here’s more on the death threats against Coomer: