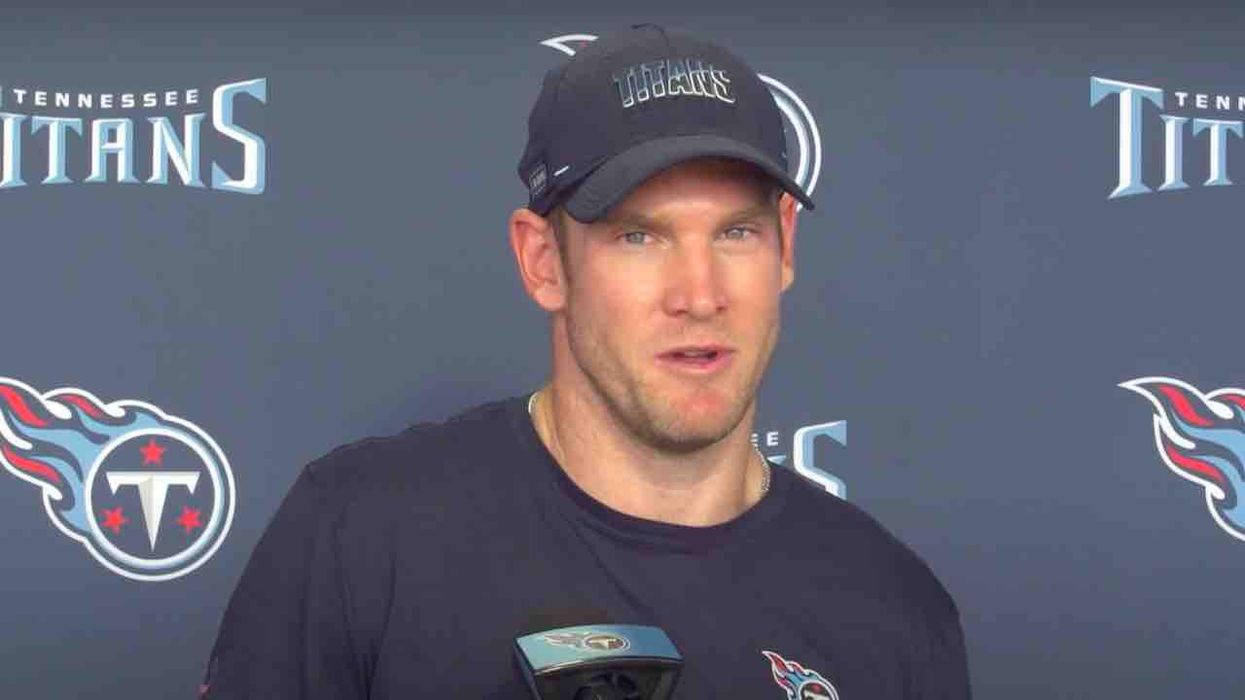 Tennessee Titans quarterback Ryan Tannehill hadn’t been planning on getting a COVID-19 vaccination — until the National Football League “forced my hand,” he told reporters at a Thursday news conference.

What did else he say?

“I’m currently in the [vaccination] process right now,” Tannehill told reporters after a question about the league’s new vaccine protocols. “The NFL has kind of made it clear what they want to happen, and if you don’t fall in line, they’re gonna try to make your life kinda miserable with all the protocols.”

Tannehill also said the result is that most players are getting the shots.

Last week, the NFL issued a lengthy memo announcing possible penalties for unvaccinated players and their teams, including loss of pay and game forfeits.

Later in the news conference, Tannehill elaborated on his reluctant decision: “I wouldn’t have gotten the vaccine without the protocols that they’re enforcing on us. I think it’s a personal decision for everyone. Everyone has to make the best decision for them and their families. That’s kind of our mindset in this building. But they’re trying to force your hand, and they ultimately have forced a lot of hands by the protocols.”

He added that the league’s COVID-19 rules — and the potential for reduced camaraderie among teammates due to rules separating unvaccinated players from vaccinated players — “forced my hand into getting the vaccine.”

When asked if his mind was put at ease after getting the shot, Tannehill chuckled and said “not really.” But he declined to answer a question regarding his reasons for his vaccine hesitancy.

Tannehill is far from the only player to have expressed doubts about the COVID-19 vaccines.

Arizona Cardinals superstar wide receiver DeAndre Hopkins implied he would consider retiring rather than take the vaccine. And cornerback Jalen Ramsey of the Los Angeles Rams tweeted his support for unvaccinated players: “I know 2 people right now who got the vaccine but are COVID positive. I’m just saying. I wouldn’t look at a teammate as bad if he don’t get the vax.”

But defensive end Jerry Hughes of the Buffalo Bills criticized players who refused to be vaccinated: “Sooo the top scientists in the entire world got together to figure out how to combat COVID-19. And when they came up with a vaccine, you question them. They are trying to save lives and you have doubt.”