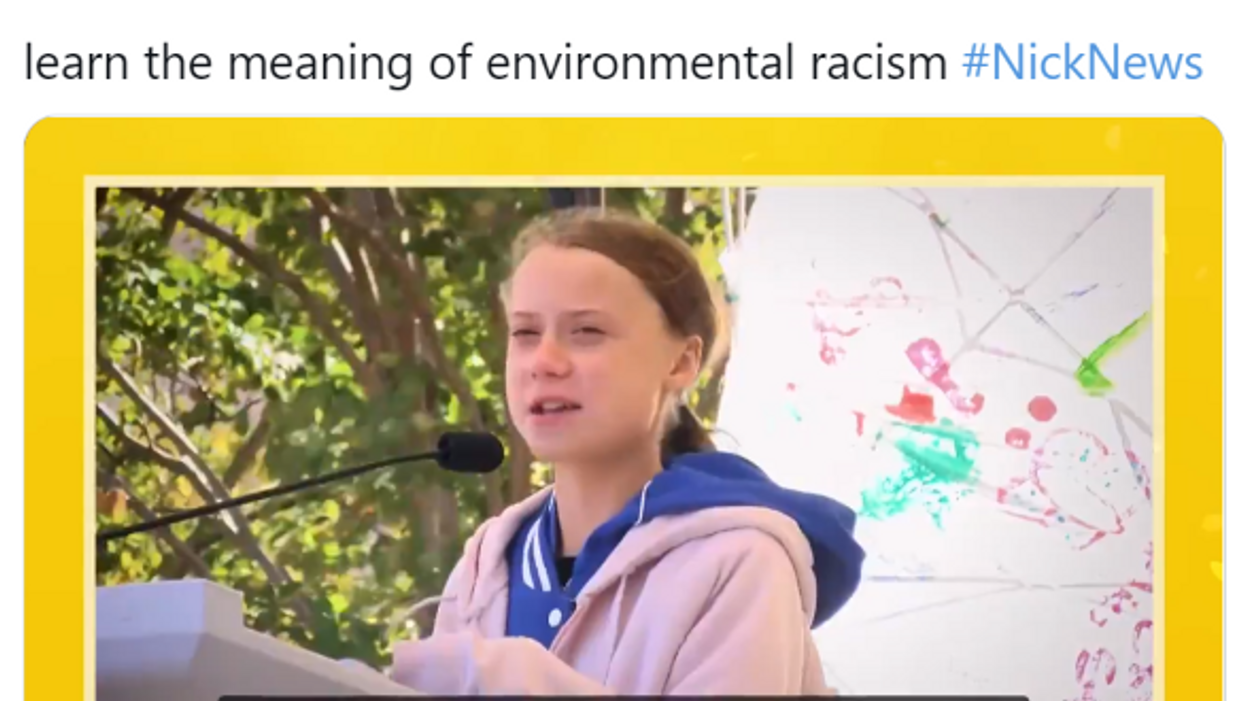 Nickelodeon, the cable TV channel aimed at children, ran a segment lecturing kids about “environmental racism.” The topic that sounds more appropriate for adults than a network that is home to “SpongeBob SquarePants” seemed out of place for the cartoon-heavy channel for many. Online commentators and parents condemned the segment as “propaganda” designed to “indoctrinate our kids.”

For Earth Day, Nickelodeon aired a one-hour special titled: “Nick News: Kids and the Impact of Climate Change,” hosted by CBS News correspondent Jamie Yuccas and has an appearance by President Joe Biden’s special envoy on climate, John Kerry. Nickelodeon’s official Twitter account, which has nearly 4 million followers, posted a clip from the news special with the caption: “learn the meaning of environmental racism.”

“What do these cities have in common?” Yuccas asked. “They’re all examples of environmental racism, a form of systemic racism where minority and low-income communities are surrounded by health hazards because they live near sewage, mines, landfills, power stations, [and] major roads.”

The clip, which features no shortage of appearances by teenage climate activist Greta Thunberg, was lambasted online.

The cable network that targets children added a definition of “environmental racism” on their official Instagram account that has over 6 million followers.

In June, Nickelodeon paid homage to George Floyd and paused all programming for eight minutes and 46 seconds to show support for “justice, equality, and human rights.” The tribute received backlash by some for possibly “scaring children.”