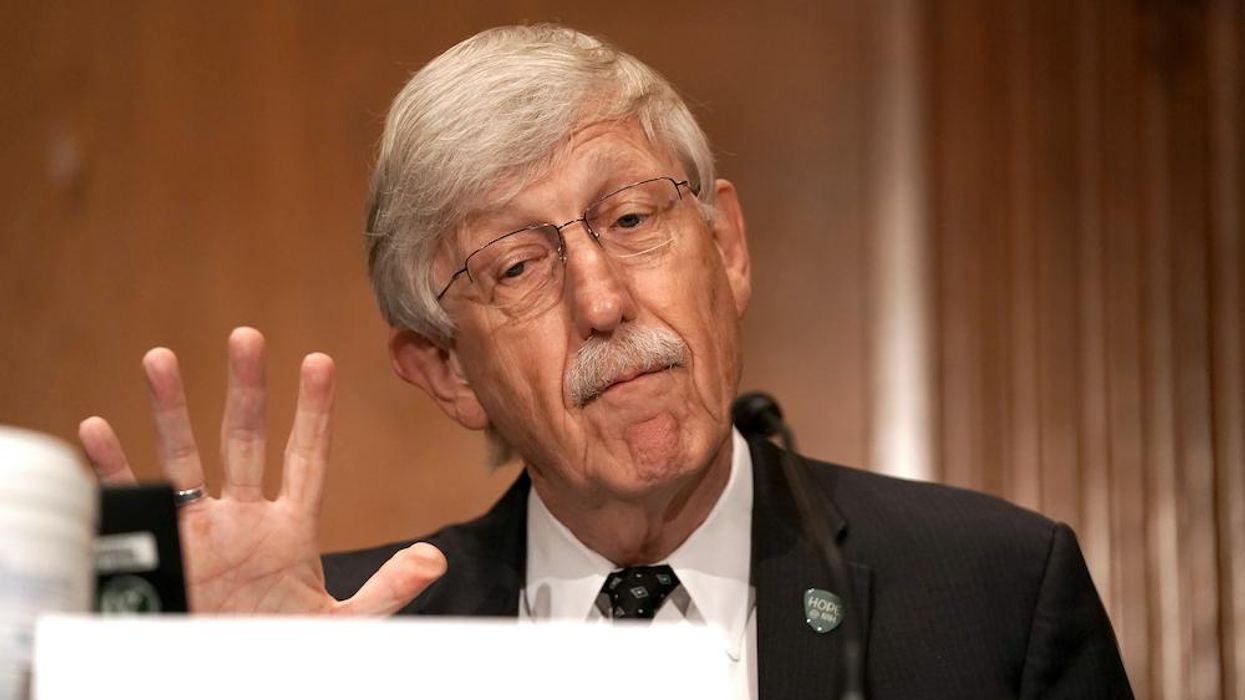 The director of the National Institutes of Health told NBC’s “Meet the Press” Sunday that it’s time to stop “finger wagging” at fellow Americans who are hesitant to get a COVID vaccine. He also admitted on air that he is not mandating that NIH employees get vaccinated.

There is an ongoing debate among Americans over whether or not to get a COVID-19 vaccine, as millions of citizens have indicated they are hesitant to get an injection because they feel the testing for the vaccinations is incomplete and they have health questions or concerns.

NIH Director Francis Collins told NBC’s Chuck Todd on Sunday that though he hopes to convince fellow citizens to get vaccinated, he does think it’s time for vaccine advocates to take a different approach.

Collins began by discussing the controversial pause — and subsequent restart — federal health officials recommended for the Johnson & Johnson vaccine over possible connections to blood clots among women. He said that he believes that everyone should have access to the information about possible risks regarding the vaccine and understand the “potential very rare side effect” so that everyone has the facts. Then he added that when one considers the minimal nature of the vaccine’s risk and weighs it against the benefits of combatting COVID, it becomes clear that “the benefits greatly outweigh the risks, even for younger women.”

With that context, Todd asked Collins about vaccine hesitancy — noting that according to a new NBC poll, 4% of Democrats and about 25% of Republicans say they won’t get vaccinated — and what the NIH can do to help “depoliticize” the issue.

Collins indicated that instead of demonizing those with worries, health officials and commentators should try to listen to and understand Americans’ concerns.

“If we’re going to be able to put COVID-19 behind us, we need to have all Americans take part in getting us to that point,” Collins answered. “I think maybe one of the things we can do is to change the conversation a little bit. I think maybe there’s been too much finger wagging. I’ve done some of that. I’m going to try to stop and listen, in fact, to what people’s specific questions are.”

What did he say about vaccine mandates?

Todd pointed out that there are businesses and universities requiring employees and students to get vaccines if they want to return to work or campus. But, he noted, the fact that the vaccines are available under an emergency use authorization from the Food and Drug Administration and don’t have FDA approval means the government can’t mandate the citizenry get them.

So, when will the FDA formally approve the drugs, Todd wanted to know, implying that the government needs to get about the business of mandating vaccinations.

Collins responded that the FDA requires “a certain number of months of follow-up to look at any possible late safety signals” as well as other data before it can approve a drug.

Then he noted that though he’s not going to disagree with private organizations that choose to require vaccines, that’s not something he’s prepared to do at the agency he runs.

I think if private organizations decide they want to put forward a mandate, I’m not going to disagree with their approach. After all, vaccines are good for you. I’m certainly encouraging everybody who works for me at the National Institutes of Health to get vaccinated. But I’m not mandating it.

“Think about it, though, in the future, though, particularly for people who are in health care, have interactions with vulnerable patients,” Collins said. “We have been able to go in the direction of saying, ‘You should get your flu shot.’ I suspect the same will need to be the case for COVID once we’re at the point where we no longer have this block about it being emergency use.”

What about herd immunity?

Todd also asked Collins about the risk of not reaching herd immunity because of vaccine hesitancy.

Collins responded that there is a “serious risk,” but he added that experts don’t know exactly what the number is for herd immunity, saying it could be 70% to 85%.

Though America is not at those levels so far, Collins said, the combination of millions of COVID cases and the vaccination efforts is getting some regions close.

We don’t really quite know with this particular virus, with the variants that are happening, exactly what that [herd immunity] number is. But it’s up there around 70, 85%. And we’re not there yet. You can see some places in the country that are getting close to that with the combination of having had a lot of cases of COVID, which also provides you with some immunity, plus the vaccines.

NASA Criticizes China’s Handling of Rocket That Fell to Earth