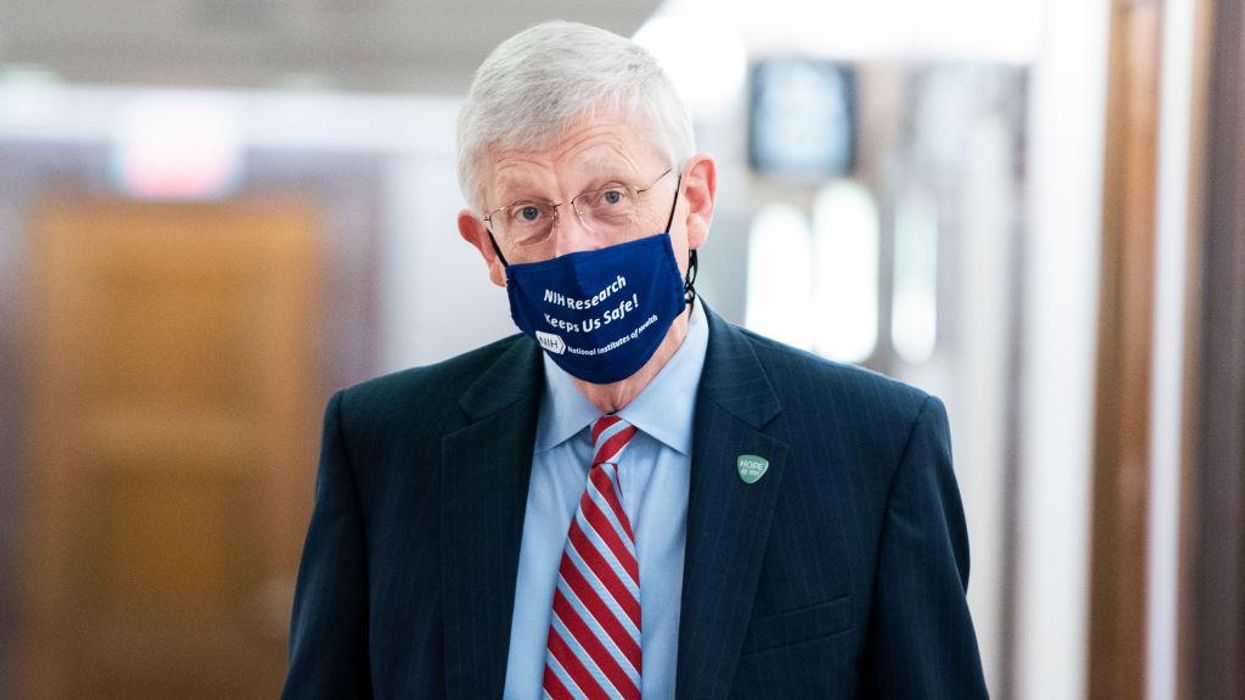 National Institutes of Health Director Francis Collins advised parents on Tuesday to wear face coverings inside their own homes in order to protect unvaccinated children from contracting COVID-19.

During an appearance on CNN Tuesday morning, the public health expert said the “weird” practice is the “best way” to ensure that kids younger than 12 — who are currently not eligible to get the vaccine — aren’t harmed by the Delta variant. Though he admitted that children are generally less affected by the virus and that the evidence indicating the Delta variant is more dangerous is “not as solid” as he wished.

Nevertheless, Collins pushed forward with his recommendations that kids younger than 12 “avoid being in places where they might get infected, which means mask-wearing in schools and at home.”

“Parents of unvaccinated kids should be thoughtful about this, and the recommendation is to wear masks there [at home] as well. I know that’s uncomfortable, I know it seems weird, but it is the best way to protect your kids,” he said.

Has the Delta variant increased the risk for unvaccinated children?

When asked whether any concrete evidence has yet to suggest that the Delta variant is more dangerous to children, Collins offered a mixed response.

“It’s clear that this variant is capable of causing serious illness in children. You have heard those stories coming out of Louisiana, pediatric [intensive care units] where there are kids as young as a few months old who are sick from this,” Collins said, before acknowledging, “That is rare.”

“Certainly younger people are less likely to fall ill,” he went on to say. “But anybody who tries to tell you, ‘You don’t have to worry about it if you’re a young healthy person,’ there are many counter-examples all around us now.”

Later in the interview, Collins noted, “We don’t have really enough numbers to be confident, but it certainly tilts the balance in that direction.”

Why does it matter?

Fox News reported over the weekend that “out of 503,544 deaths currently reported by the [U.S. Centers for Disease Control and Prevention], just 296 were kids below the age of 12, less than .06%.”

Certainly, many parents are fatigued by the draconian restrictions implemented in their communities over the past year, especially as it relates to children who, by in large, are not as affected by the virus.

Given Collins’ failure to provide concrete evidence indicating that the Delta variant is more dangerous to children, critics are likely to perceive that he is needlessly stoking fear.

Along those lines, FaithWire editor Tré Goins-Phillips used Collins’ own words to argue, “This is not ‘uncomfortable’ or ‘weird,’ @NIHDirector, this has crossed the threshold into lunacy.”

This is not “uncomfortable” or “weird,” @NIHDirector, this has crossed the threshold into lunacy. https://t.co/GRw8yu4Syw