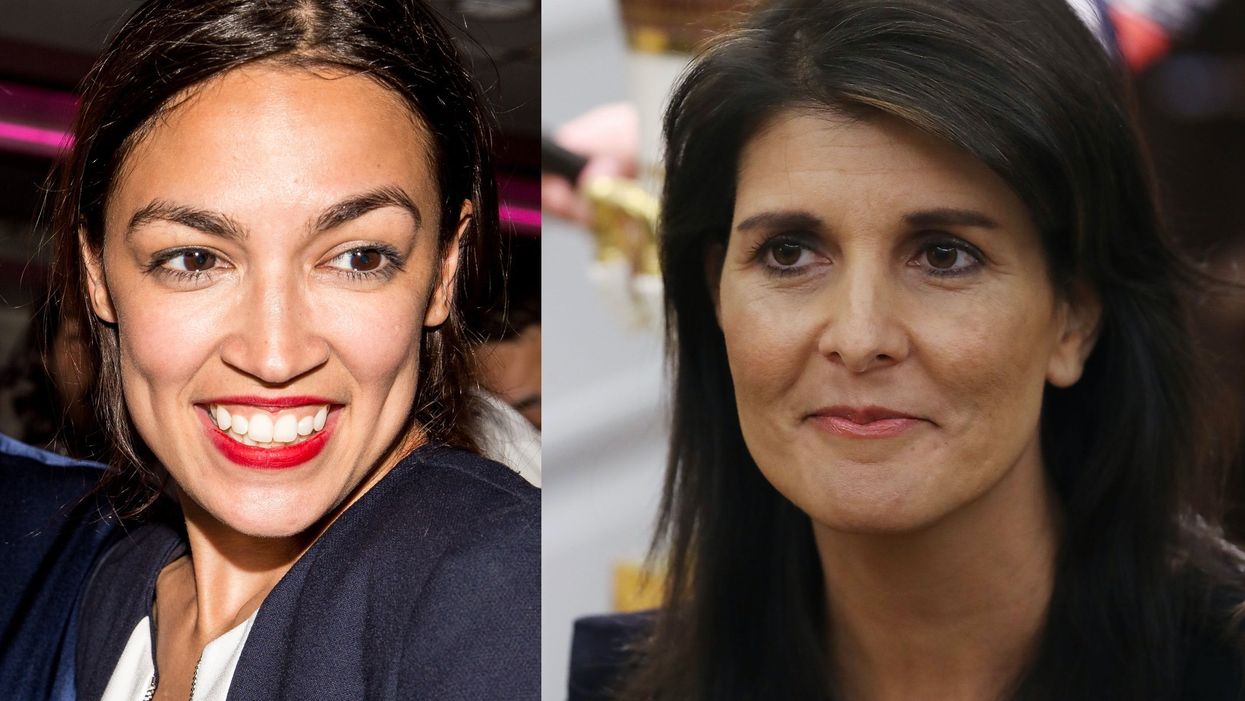 Nikki Haley started a Twitter feud with democratic socialist Rep. Alexandria Ocasio-Cortez (D-N.Y.) after she floated her idea for a solution to the coronavirus pandemic.

Ocasio-Cortez offered a short tweet on Thursday about the pandemic.

To get the virus under control, we need to pay people to stay home.

“To get the virus under control, we need to pay people to stay home,” she tweeted.

Haley shut down the plan in one tweet hours later.

“AOC, Are you suggesting you want to pay people to stay home from the money you take by defunding the police? Or was that for the student debts you wanted to pay off, the Green New Deal or Medicare for All?” she asked.

AOC, Are you suggesting you want to pay people to stay home from the money you take by defunding the police? Or was… https://t.co/IkW5sDB8y9

“Where is the money,” she added in a hashtag.

Haley was referring to the progressive congresswoman’s support for the “Defund the Police” policy set forth by the Black Lives Matter movement, her support for canceling student debt, her plan to combat global warming, and her support for Medicare for All.

Ocasio-Cortez did not appreciate the constructive criticism and fired back in a second tweet.

“Republicans are mad at this when they literally just voted to do just this in March. The reason they’re opposed to it now is because last time they got a Wall Street bailout and this time all that’s left is helping working people, the disabled, the poor, etc.,” she claimed without evidence.

Ocasio-Cortez has been criticized and mocked for her Green New Deal and the approximate price of the plan, which some experts estimate could be as much as $94 trillion. In June 2019, she admitted that it would cost at least $10 million and added that it was not a fun number to say.

She also earned some mockery when she employed some bad math to argue that the government could already have paid for two-thirds of the $32 trillion price tag for Medicare for All.

Here’s more about Ocasio and her high-spending policies: