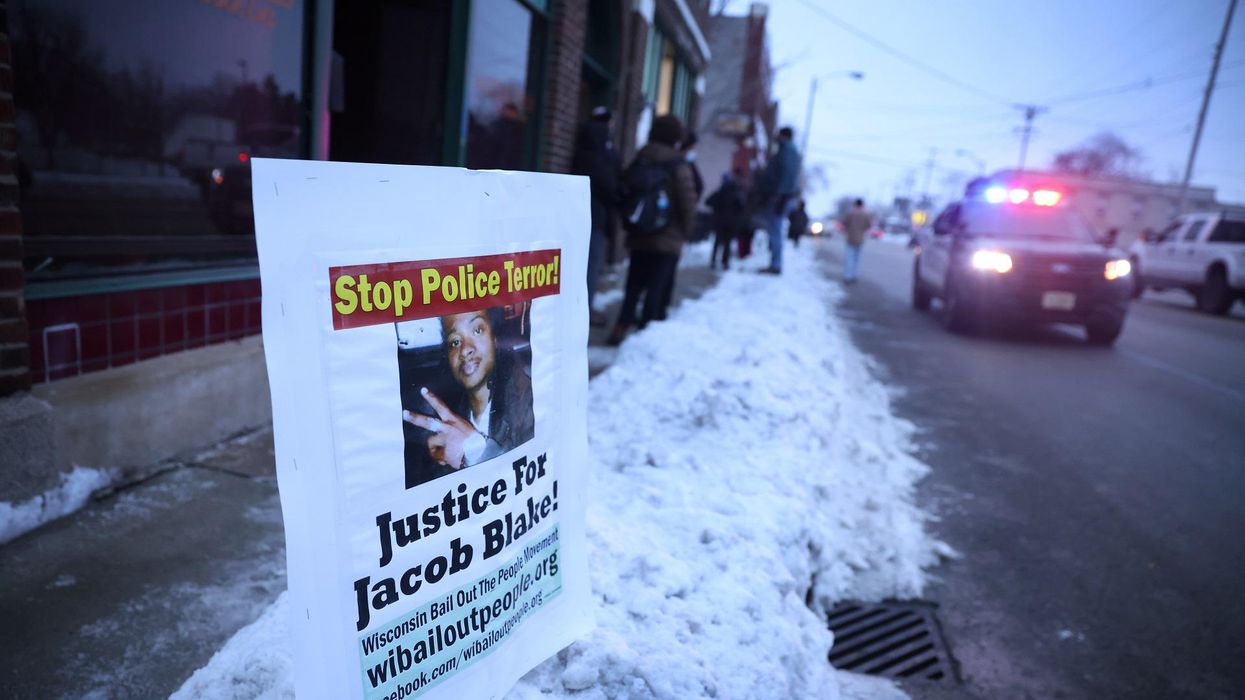 No charges will be filed against any of the Kenosha, Wisconsin, police officers involved in the shooting of Jacob Blake, a black man who was shot seven times in the back and paralyzed from the waist down after an altercation with law enforcement over the summer.

Blake was shot by white Officer Rusten Sheskey on Aug. 23, sparking over a week of protests over racial justice in the city that descended into violence. Now, the city is braced for more unrest.

Kenosha County District Attorney Michael Graveley announced the decision during a news conference Tuesday, explaining that the determination was made “based on the facts and the laws.” Graveley also noted that Blake himself would not face any charges from the incident.

The Washington Post reported that “Graveley said the decision was based on a review of more than 40 hours of squad video, and more than 200 reports totaling over 1,500 pages.”

The independent investigation was conducted by the Department of Justice.

Benjamin Crump, attorney for the Blake family, condemned the DA’s decision in a statement, telling
Fox News, “We are immensely disappointed in Kenosha District Attorney Michael Graveley’s decision not to charge the officers involved in this horrific shooting. We feel this decision failed not only Jacob and his family, but the community that protested and demanded justice.”

The Post noted that witnesses claimed Blake, who survived the shooting, “had been trying to break up an argument between two women, was unarmed and shot as he walked back toward his vehicle” during his run-in with police who were responding to a 911 call regarding a domestic dispute.

Officers reportedly said they saw a knife on the floor of the car. Blake’s three children were in the backseat.

Kenosha Police Union attorney Brendan Matthews told
WCCO-TV that Blake was reportedly at the residence of his ex-girlfriend, who accused him of a violent sexual assault in May.

The unnamed woman reportedly called authorities on that fateful day, alleging that her ex was attempting to steal both her keys and her vehicle.

Reports say that because of the alleged May assault, Blake was not supposed to be at her residence at all.

The
Milwaukee Journal Sentinel reported that authorities were braced for unrest in anticipation of Tuesday’s announcement, noting that “Gov. Tony Evers (D) called out the National Guard Monday afternoon as business owners boarded up their windows and government workers put up fences and concrete barriers around the courthouse.”

Heavy national guard presence here in #Kenosha. Including several standing on the steps of the dinosaur museum. https://t.co/pUDuV0DSEg

Blake is now home after months of hospitalization and rehab, one of his co-counsels said, according to the Journal Sentinel.

Graveley’s announcement was not the only development related to Kenosha on Tuesday.

Hours before the news conference, Kyle Rittenhouse — the teen facing homicide and attempted homicide charges for fatally shooting two and wounding another during a Kenosha protest — pleaded not guilty to all charges against him.

Rittenhouse’s attorney claims his client, who was 17 years old at the time of the incident, was acting in self-defense after being attacked.

In a separate story, thee Journal Sentinel reported that Rittenhouse and his attorney appeared via Zoom before the Kenosha County court commissioner. The teen is free on $2 million bail, and is staying at an undisclosed location with his mother and attorney.