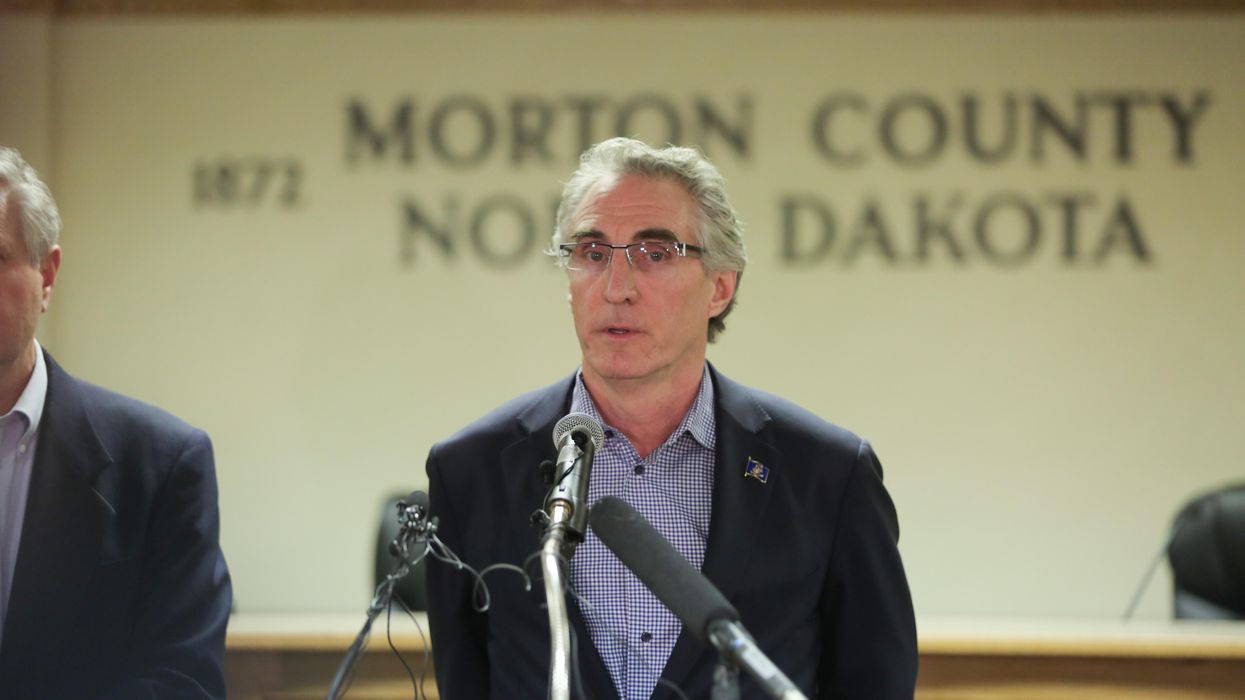 The Republican governor of North Dakota on Wednesday vetoed a bill that would bar boy transgender athletes from playing on K-12 girls’ sports teams, saying a state association that regulates high school activities is the best body to deal with transgender issues.

The bill, House Bill 1298, would have prohibited public elementary and secondary schools from “knowingly” allowing a student of the opposite sex to participate in a school-sponsored athletic team that is exclusively for females or exclusively for males. “Sex” is defined as “an individual’s biological sex and is based solely on an individual’s reproductive biology and genetics at birth.” The bill has an exemption that would allow girls to play on boys’ sports teams.

The bill also included an optional 2021-22 study to analyze the impact of these policies on student athletic events and directed findings from that study to be reported to the 2023 legislature.

The North Dakota bill is similar to bills introduced in 31 other states to prohibit transgender athletes from playing on sports teams that match their self-proclaimed gender. Arkansas, Mississippi, and Tennessee have signed those bills into law. Supporters of these bills say they protect fairness in women’s sports by preventing males from competition against girls. Critics and transgender advocates say the legislation discriminates against trans youth.

In his veto message, North Dakota Gov. Doug Burgum (R) said there is no evidence to suggest girls’ sports are in “immediate danger” of becoming unfair and asserted the bill “would unnecessarily inject the state into a local issue by creating a ban with myriad unforeseen consequences.”

“To date there has not been a single recorded incident of a transgender girl attempting to play on a North Dakota girls’ team,” the governor wrote. He noted that the North Dakota High School Activities Association “already has regulations in place for participation in sex-separated interscholastic contests by transgender athletes.”

“These regulations require transgender girls to undergo testosterone suppression treatment for gender transition for a full calendar year before they are eligible to compete in girls’ sports,” the governor said.

“The most responsive sports governance is the organization closest to the teams and athletes they govern. If a question should arise related to a transgender student and athletic competition, the NDHSAA, parents, child, their health care provider, their school and their coaches are in the best position to manage that unique situation, especially given the child’s right to privacy.”

The bill now heads back to the state House. According to KXMB-TV reporter Maddie Biertempfel, Republicans have enough votes to overturn the governor’s veto in the House but not in the state Senate.

Would take 2/3 of both chambers to override HB 1298, which the House has but the Senate does not. https://t.co/W9ZYtVWtDt

“Governor Burgum’s veto sends a loud message to other lawmakers across the country considering similar legislation: Stop the attacks on transgender youth. North Dakotans should be outraged that transgender youth, who already face higher levels of discrimination, were chosen to be the target of this hateful legislation,” Tri-State Transgender president Katrina Koesterman said.

“We thank Governor Burgum for shutting down this harmful bill and for standing up to out-of-touch politicians on the fringe who have long histories of attacking North Dakota’s LGBTQ+ community,” Brandi Hardy, legislative coordinator of North Dakota Human Rights Coalition, added.

The North Dakota High School Activities Association told the Bismark Tribune it opposed the bill. The body’s regulations on transgender athletes state that any transgender student who is not taking cross-sex hormones may play on sports teams according to that student’s sex at birth.

However, a student transitioning from male to female may play on girls’ sports teams if he has been taking testosterone suppressive hormones for at least one calendar year. A transgender athlete transitioning from female to male who is taking testosterone supplements may play on boys’ sports teams but not on girls’ teams under the current regulations.

Gov. Burgum also vetoed legislation that would prohibit state mask mandates, saying that “to strip future governors and their state health officers of any low-cost tool that might be used to save lives and livelihoods in a future pandemic or other emergency would be both irresponsible and an unnecessary risk to future public health and well-being of North Dakota citizens.”

John Cleese, under fire from woke mob, hopes they all ‘fry in their own sanctimoniousness and narcissistic posturing’