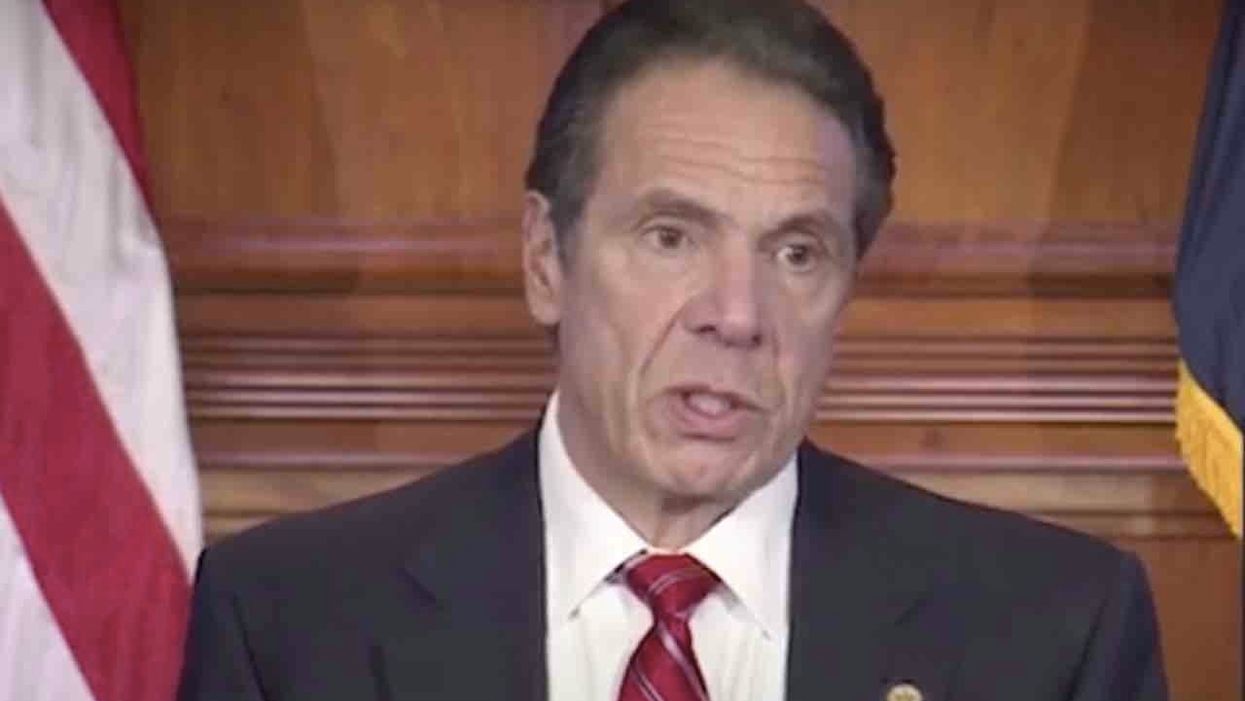 New York Gov. Andrew Cuomo ripped sheriffs in the state who’ve recently declared they won’t be enforcing Cuomo’s COVID-19 restrictions over Thanksgiving — particularly the one that bans gatherings of more than 10 people.

“I don’t believe as a law enforcement officer you have a right to pick and choose what laws you will enforce,” Cuomo said Wednesday during an Albany news conference.

Cuomo announced new restrictions last week in response to the COVID-19 surge, saying gatherings in the state would be limited to just 10 people, including at private residences.

“New York follows the science,” the far-left Democrat said of his decision. “We know indoor gatherings and parties are a major source of COVID spread. To slow the spread, NYS will limit indoor gatherings at private residences to 10 people. This limit takes effect Friday at 10 p.m.”

But Cuomo didn’t say how the new restrictions would be enforced and left those decisions up to local authorities — after which Fulton County Sheriff Richard Giardino said he wouldn’t be doing any cracking down.

“With regard to the Thanksgiving Executive Order, the Fulton County Sheriff’s Office will NOT be enforcing it against our County residents,” Giardino wrote in a Facebook post.

“I can’t see how devoting our resources to counting cars in citizens’ driveways or investigating how much turkey and dressing they’ve purchased is for the public good,” Zurlo said in a news release, according to the paper.

The governor fires back

Cuomo told reporters Wednesday that an executive order “is a law” and that the issue “has been litigated.”

He then spoke as if he was a sheriff defying his COVID-19 restrictions: “Well, I don’t believe in that law, and therefore I won’t enforce it.”

Cuomo, speaking as himself, said such an attitude “is, frankly, frightening to me as an individual, frightening to democracy. It’s arrogant, and it violates your constitutional duty.”

He added that the opinion of an officer about a law “doesn’t matter” and that such agents have sworn to “enforce the laws.”

“No,” Cuomo said, responding to his own scenario. “There’s a law, and you have to enforce the law, or don’t call yourself a law enforcement officer.”


Video: Cuomo: It’s not up to sheriffs to pick and choose on law enforcement

Cuomo’s new COVID-19 restrictions have also irked politicians in the state, including Staten Island Republican City Councilman Joe Borelli, who tweeted last week he’s planning on having a party with over 10 guests — daring a crackdown, the New York Post reported.

When pressed on how his restrictions could be enforced, Cuomo acknowledged that it’s largely an honor system, the Albany Times Union reported.

“Nobody is saying knock on doors and count heads,” he added, according to the Times Union. “But you come across a gathering for one reason or another and there’s 20 people there, you say, ‘This can’t happen.'”

A Cuomo spokesman later clarified that Cuomo isn’t encouraging police to make arrests but to take steps to ensure that illegal gatherings are broken up, the Times Union added.

Gov. Murphy attacks Rep. Gaetz for attending Republican event in NJ: ‘I don’t ever want you back in this state’

NewsMax, News March 8, 2021
0
In his first public address since the end of the Trump administration, former Vice President Mike Pence is traveling to South Carolina, set to...