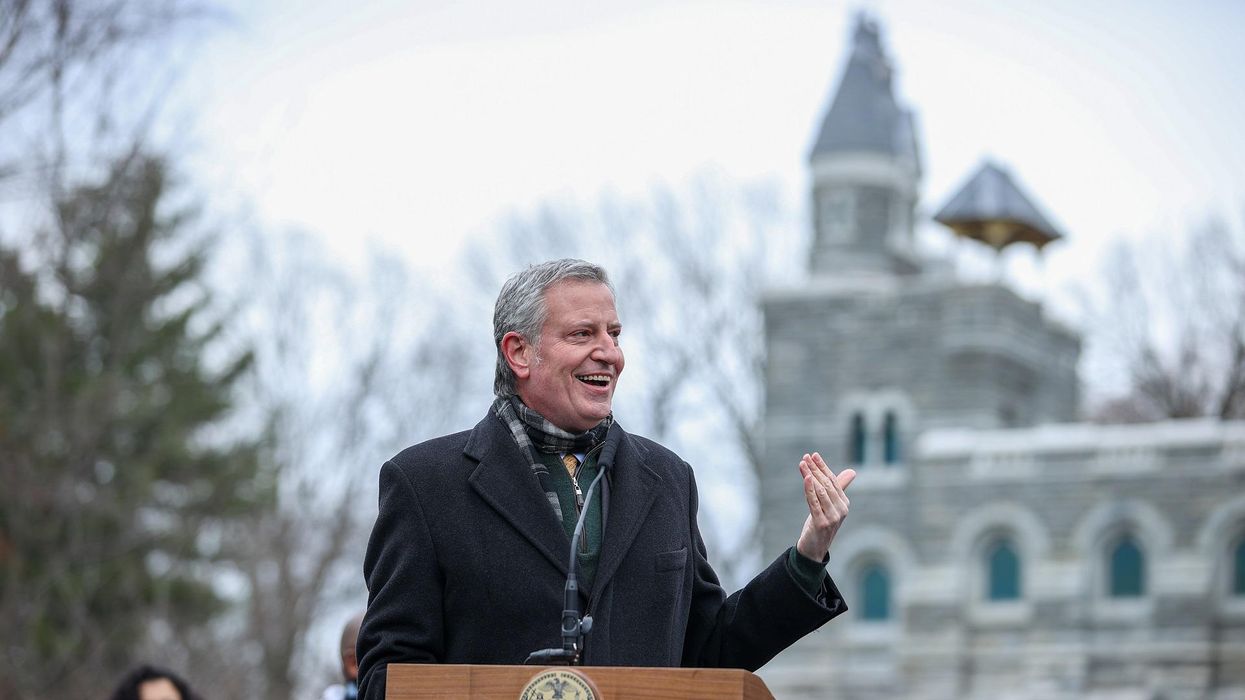 New York City Mayor Bill de Blasio reacted Friday to a claim that New York Gov. Andrew Cuomo had a dartboard in the pool house at the governor’s mansion with a photo of the mayor’s face on it, by making a dig against the embattled governor before calling Cuomo’s purported display “juvenile.”

The New Yorker reported this week that former Cuomo aide Lindsey Boylan — the first of several women to come forward accusing the governor of sexual harassment — claims she spotted a dartboard with de Blasio’s face on it while at a party held at the pool house during her tenure in the administration between 2015 and 2018.

Boylan recalled seeing a dartboard bearing a photo of Bill de Blasio, Cuomo’s antagonist since he was elected Mayor of New York City, in 2014. “I couldn’t believe how brazen that was,” she said. (A spokesperson for the Governor declined to comment on the dartboard.)

During a media conference, de Blasio was asked for his take on the dartboard allegation.

“Well, I’ll tell ya, the first thing I thought…we know that Gov. Cuomo, like Donald Trump, has been obsessed with the size of his hands, so I thought with those big, big hands, how could he possibly hold those tiny, tiny darts. Must have been very difficult.”

After the attempted joke, de Blasio added, “No, look, it’s juvenile. It’s just like frat house humor. It’s not something you would like to see from someone who has, like, serious leadership responsibilities. But, it is what it is.”

@emmagf NYC Mayor de Blasio on NY Gov. Cuomo having his face on a dartboard:

According to the attorney of another Cuomo accuser, the governor has a “preoccupation with his hand size and what the large size of his hands indicated to [their client] and other members of his staff.”

Former President Donald Trump’s hands became a topic in the 2016 Republican primary debates, after Sen. Marco Rubio (R-Fla.) made a joke about his then-rival.

The New York Daily News reported that “De Blasio and Cuomo, who are both Democrats, have long feuded. But their rivalry has reached new and public lows as the governor faces a storm of sexual misconduct allegations and loud calls for his resignation.”

Earlier this month, the mayor said of Cuomo, “I just don’t see how he could govern effectively when fewer and fewer people believe him.”