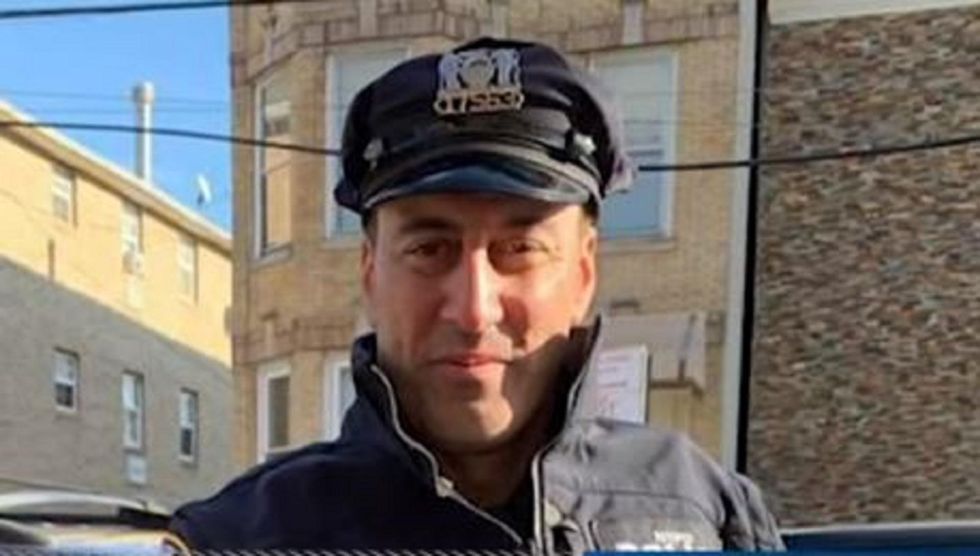 Loved ones and strangers are mourning the death of NYPD Officer Anastasios Tsakos, a beloved husband and father of two young children who died in the early hours of Tuesday morning after being hit by an allegedly drunk driver while directing traffic.

The New York Times reported that Tsakos, 43, was struck at around 2:00 a.m. while working to divert traffic from a separate fatality accident, and was sent airborne before landing in a grassy area as the driver who hit him took off with a “completely shattered” windshield.

Tsakos was a 14-year veteran of the department, and he leaves behind his wife, 3-year-old son, and 6-year-old daughter.

Neighbors told WCBS-TV that Tsakos was a dedicated family man, and expressed their sadness over the tragedy.

“An amazing father, husband, and we saw him every day,” Rosemarie Giancalone told the outlet. “He brought us food and went to the supermarket, whatever you guys need.” Giancalone’s partner, Simone, said that the officer had even helped them “put up the molding” in their house.

Simone said Tsakos “was a super dedicated father with his kids,” and would often play with the children in his driveway.

NYPD widows with the group Survivors of the Shield rushed to the home to let the officer’s grieving wife know they are there for her always.

“We just want them to know they’re not alone, we’ve all been through it. But every circumstance is different, and privacy is important to her. She’s still trying to accept what happened,” Maggine McDonald said.

The person accused of fatally hitting Tsakos is Jessica Beauvais, 32, who authorities say was driving while intoxicated on a suspended license.

The Times reported that after fleeing the scene, Beauvais was “surrounded by the police when she left the highway a few exits later,” and that “Ms. Beauvais put her car in reverse and rammed the police vehicle behind her before she was taken into custody.”

The Daily Mail reported that Beauvais was seen on Facebook live hours before the incident taking shots of what she purportedly later admitted to police was vodka. She reportedly was on a rant during her Facebook message over the Derek Chauvin trial, declaring “f*** the police.”

She has been charged with two counts of vehicular manslaughter, along with one count each of reckless endangerment, leaving an accident resulting in death, driving while intoxicated, fleeing an officer in a motor vehicle, and other charges.