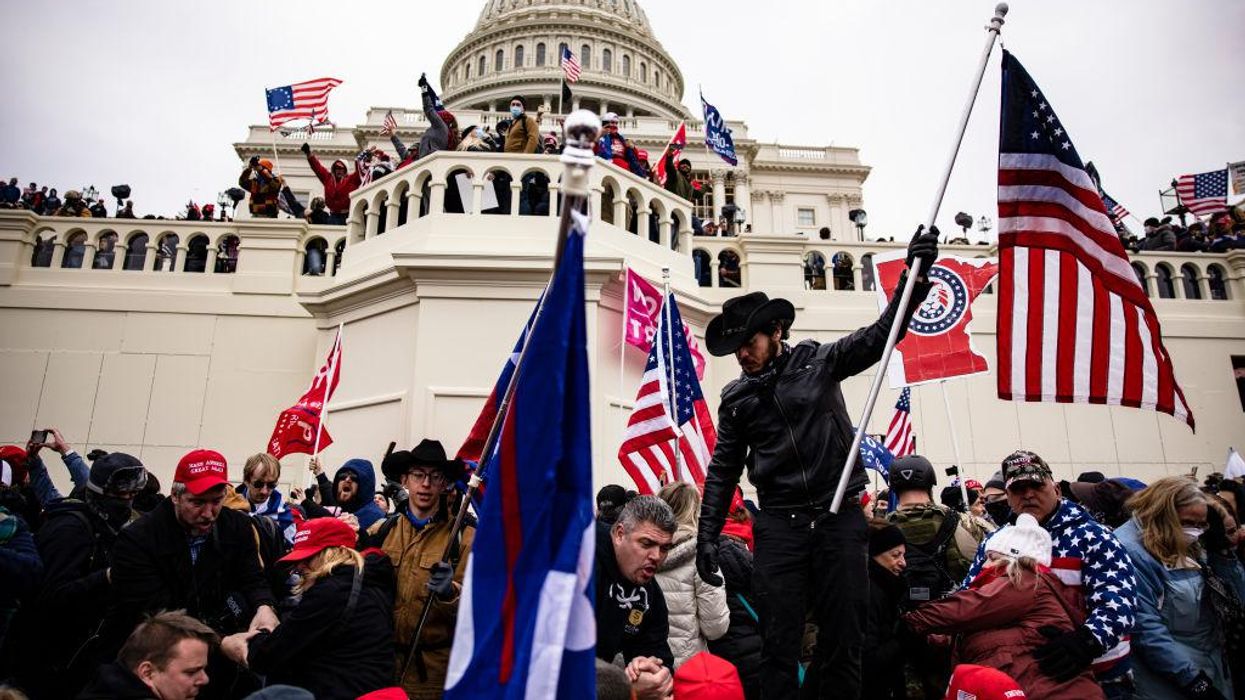 The impeachment trial against former President Donald Trump is slated to begin on Feb. 9. Trump is being charged for “willfully inciting violence against the Government of the United States.” Many media pundits and Democrats have claimed that Trump’s 70-minute speech at the Ellipse outside the White House on Jan. 6 “incited” the storming of the U.S. Capitol building and the subsequent riot. However, a new report from the New York Times finds that the FBI and the Capitol Police were aware of threats targeting the Capitol days before Trump’s speech.

The New York Times report stated that there were “thousands of social media posts in the days before the assault, which documented how the rioters saw the Capitol — and the lawmakers certifying the election results — as a specific target.”

A social media post on Jan. 5 by an unidentified person read, “Every corrupt member of Congress locked in one room and surrounded by real Americans is an opportunity that will never present itself again.”

The FBI was aware of violent online posts before the rally, with the bureau’s field office in Norfolk, Virginia, issuing a report that flagged one anonymous thread that warned of a looming war at the Capitol.

The Washington Post reported on another violent online threat that the FBI was aware of:

An online thread discussed specific calls for violence to include stating ‘Be ready to fight. Congress needs to hear glass breaking, doors being kicked in, and blood from their BLM and Pantifa slave soldiers being spilled. Get violent. Stop calling this a march, or rally, or a protest. Go there ready for war. We get our President or we die. NOTHING else will achieve this goal.

The Federal Bureau of Investigation took the threats seriously enough to establish a “24-hour command posts at both the local Washington field office and its headquarters, not far from the Capitol.” The FBI also “put tactical teams on standby, which it had not done for the previous two marches by Trump’s supporters — on Nov. 14 and Dec. 12 — protesting the election results.”

“Before Jan. 6, the FBI and our federal, state and local partners collected and shared available intelligence in preparation for the various planned events,” the FBI said in a statement. “As indicated earlier, those leads deterred some from attending the Jan. 6 protest.”

By January 4th, the Department knew that the January 6th event would likely not be like any of the protests held in 2020. We knew that militia groups and white supremacist organizations would be attending. We also knew that some of these participants were intending to bring firearms and other weapons to the event. We knew that there was a strong potential for violence and that Congress was the target.

The Capitol Police released a 12-page assessment regarding the “March to Save America” rally three days before the Capitol riots. According to the Washington Post, the Capitol Police report “warned of a violent scenario in which ‘Congress itself’ could be the target of angry supporters of President Trump on Jan. 6, laying out a stark alert that deepens questions about the security failures that day.”

The Capitol Police, a federal law enforcement agency with the responsibility of protecting Congress, stated in the Jan. 3 memo:

Supporters of the current president see January 6, 2021, as the last opportunity to overturn the results of the presidential election. This sense of desperation and disappointment may lead to more of an incentive to become violent. Unlike previous post-election protests, the targets of the pro-Trump supporters are not necessarily the counter-protesters as they were previously, but rather Congress itself is the target on the 6th.

The report also cautioned, “This combined with Stop the Steal’s propensity to attract white supremacists, militia members, and others who actively promote violence, may lead to significantly dangerous situations for law enforcement and the general public alike.”

The Washington Post noted that the Capitol Police’s internal report “does not appear to have been shared widely with other law enforcement agencies, including the FBI — was among a number of flags that security experts say should have alerted officials to the high security risks on Jan. 6.”

Former Capitol Police chief Steven Sund, who resigned in wake of the violent riot, told the Washington Post on Jan. 15, “We looked at the intelligence. We knew we would have large crowds, the potential for some violent altercations. I had nothing indicating we would have a large mob seize the Capitol.”

On Feb. 1, Sund sent an eight-page letter to House Speaker Nancy Pelosi and other congressional leaders. The letter gave his insights into what lead up to the Capitol riots.

Perfect hindsight does not change the fact that nothing in our collective experience or our intelligence — including intelligence provided by FBI, Secret Service, Department of Homeland Security (DHS) and D.C. Metropolitan Police (MPD) — indicated that a well-coordinated, armed assault on the Capitol might occur on Jan. 6.

Sund said that before and during the Capitol riots, he requested assistance from the National Guard six times, but his requests for military backup were “rejected or delayed.”

The Capitol Police Labor Committee proclaimed that the department’s leadership “failed to relay the known threat of violence adequately ahead of the Jan. 6 deadly riot, calling the acting chief’s recent admission of prior knowledge of the threat to Congress a ‘disclosure that has angered and shocked the rank-and-file officers.'”

‘The second impeachment of an innocent man’: Mark Levin sounds off on ‘unconstitutional’ Trump impeachment