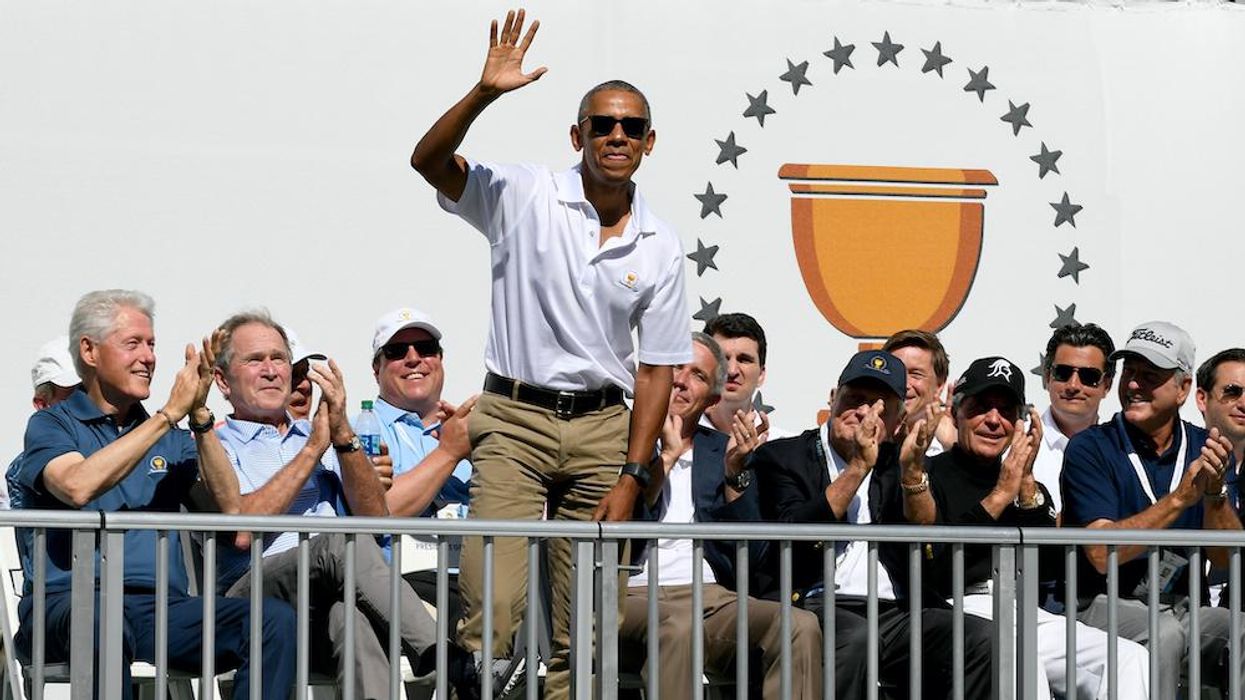 Former President Barack Obama turns 60 this week, and he really wants to have his bigwig friends over to celebrate.

Forget pandemic-style smaller parties so many people were forced to endure over the last 18 months, the Obamas are planning a massive shindig for this coming weekend with nearly 500 guests and more than 200 staff, Axios reported Sunday.

The birthday bash is set to happen at the former commander in chief’s Martha’s Vineyard mansion that sits on 30 acres of oceanside property that the Obamas bought for nearly $12 million in 2019, according to The Hill.

“It’s going to be big,” one source told the paper.

What about COVID worries?

Just last week, as the Delta variant continued to surge, the Centers for Disease Control and Prevention reversed its masking guidance for vaccinated people in areas where transmission of the virus is high or substantial (though Dr. Anthony Fauci went out of his way to say “the CDC hasn’t really flip-flopped at all).

Government experts were everywhere last week and over the weekend advising Americans to avoid large gatherings and to mask up in order to fight the virus — even if those people were vaccinated.

Fauci wants everyone to mask up and rejected the idea that the option to wear one is a matter of person liberty.

National Institutes of Health Director Francis Collins told CNN on Sunday that large gatherings should include masks (though he was not specifically asked about the Obama party).

“If you’re talking about a small party like I might have at my house for six or eight people who are all fully vaccinated, I do not believe, at this point, we need to put masks on to be next to each other,” he said. “But if there were 100 people — and, of course, how are you really going to be sure about people’s vaccination status?, and maybe there are some immunocompromised people there … — then the dynamic changes.”

The party will be held outside on the massive estate at the posh Martha’s Vineyard community, which does not currently qualify as one of the CDC’s “high” or “substantial” transmission areas, and the Obamas have asked all guests to be vaccinated, Axios said. Also, there will be a COVID “coordinator” on the premises to make sure all the protocols are followed.

Despite the fact that the updated CDC mask guidelines are based on the study of an outbreak in Provincetown, Massachusetts, which is near the Obamas’ home, and the fact that the left has made a habit of virtue-signaling about masks as indicators of how much people care about the health of others, there is no indication that revelers will be required to don face masks.

According to Axios, a source familiar with the matter said the Obama blowout will require all guests to be COVID-tested, though they did not indicate when or what proof the guests would have to offer. And there was no indication how or if guests would have to prove their vaccinated status.

Included among the nearly 500 invited guests, Axios and The Hill said, were, of course, the Obamas’ Hollywood pals, including Steven Spielberg, George Clooney, and Oprah Winfrey.

Also, Pearl Jam has been tapped to play at the big soiree.

It’ll be the who’s who of parties, but the guests are not supposed to bring gifts, a source told Axios. Instead, they “are being asked to consider giving to programs that work to support boys and young men of color and their families here at home in the United States, empower adolescent girls around the world, and equip the next generation of emerging community leaders.”

The White House responded to news of the party by avoiding the topic of COVID concerns altogether and merely offering to Axios platitudes from President Joe Biden about his former boss’ upcoming celebration.

The Hill said Obama’s spokeswoman did not respond to requests for comment.