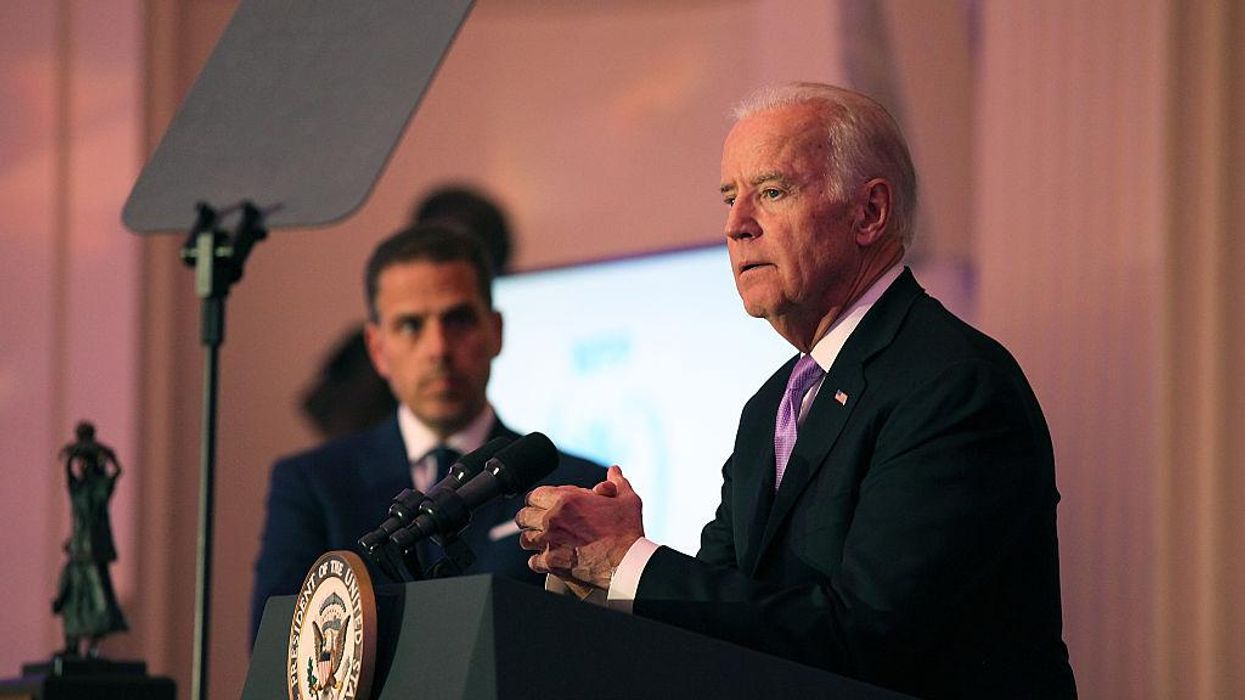 Art is a big business. Worldwide sales of art and antiques reached an estimated $64.1 billion in 2019, according to the Art Basel and UBS Global Art Market Report. One of the more curious artists to begin selling their artwork is Hunter Biden. The son of President Joe Biden is selling his artwork for potentially hundreds of thousands of dollars presents a potential headache for the White House.

The Biden administration reportedly stepped in and helped broker a deal that would allow a purchaser of Hunter’s artwork to remain anonymous, which has concerned many over the possibility of bribery and money being exchanged for influence. One of the critics who slammed this alleged secret selling situation is Walter Shaub, former President Barack Obama’s onetime ethics chief.

Hunter’s art dealer is Georges Berges, who “plans to host a private viewing for Biden in Los Angeles this fall, followed by an exhibition in New York,” according to Artnet. “Prices range from $75,000 for works on paper to $500,000 for large-scale paintings.”

Shaub told Fox News that Hunter’s art deal is “the opposite of government ethics.” In effect, the Biden administration got the “art dealer to promise not to give us the means to monitor whether the buyers are getting preferential access to government” by keeping buyers anonymous, according to Shaub.

“Nobody ever said secrecy was the best disinfectant, but that’s what we have now. And White House officials getting involved in any way other than to request transparency amounts to effectively putting an official stamp of approval on the president’s son trading on his father’s public service,” Shaub said. “Instead, the president should be begging his son not to go through with this sale, even if that means threatening to banish him from the family’s Thanksgiving table this fall and publicly condemning his actions.”

“The idea’s that even Hunter won’t know, but the WH has outsourced government ethics to a private art dealer,” Shaub wrote on Twitter. “We’re supposed to trust a merchant in an industry that’s fertile ground for money laundering, as well as unknown buyers who could tell Hunter or WH officials? No thanks. Is this amateur hour for government ethics?”

The former Office of Government Ethics director emphasized, “The WH has put its stamp of approval on the president’s son profiting off his father’s public service again.”

“Yeah yeah, I know some folks aren’t going to like this thread because we’re not supposed to criticize the president who’s way better than the ethical disaster named Trump,” Shaub explained. “But, you know what? With democracy on the ropes, ethics has never been more important. And this ain’t it.”

Richard Painter, who was a top ethics official in the George W. Bush administration, told the Washington Post, “The whole thing is a really bad idea.”

“The initial reaction a lot of people are going to have is that he’s capitalizing on being the son of a president and wants people to give him a lot of money,” Painter said. “I mean, those are awfully high prices.”

Sen. Tom Cotton (R-Ark.) pointed out some potential issues with Hunter selling expensive art to unknown entities, “Some very tough ethical questions about whether the president’s son, who is still investing in CCP-linked firms, should take $500,000 in payment (bribes) for his ‘artwork.’ Better consult the experts on this one!”

Some very tough ethical questions about whether the president’s son, who is still investing in CCP-linked firms, sh… https://t.co/EbBOxYytgJ

“The president has established the highest ethical standards of any administration in American history, and his family’s commitment to rigorous processes like this is a prime example,” Bates responded to the criticism.

“There is a lack of transparency in private art sales,” the 150-page congressional report states. “As such, Congress should add high-value art to the list of industries that must comply with BSA requirements. Given the intrinsic secrecy of the art industry, it is clear that change is needed in this multi-billion-dollar industry.”

The report alleges that “certain Russian oligarchs appear to have used transactions involving high-value art to evade sanctions imposed on them by the United States on March 20, 2014, in response to Russia’s invasion of Ukraine and annexation of Crimea.”

“[T]his royally sucks. I’m disgusted,” Shaub said in June. “A lot of us worked hard to tee him up to restore ethics to government and believed the promises. This is a real ‘f*** you’ to us—and government ethics.”

Biden has been a lifelong artist that has devoted his artistic career to both the written word and the visual arts. A lawyer by trade who now devotes his life to the creative arts – he brings a myriad of experiences creating powerful and impactful pieces of art. Biden’s paintings range from photographic mix-media to abstract works on canvas, yupo paper, wood and metal. He incorporates oil, acrylic, ink and the written word within his work to create a distinctively unique experience that have become signature Biden.

Artnet notes that some of Biden’s artwork are “geometric abstractions, filled with patterns and somewhat hallucinogenic.”

Hunter admitted in February 2020, “For years I wouldn’t call myself an artist,” but, “Now I feel comfortable saying it.”

“I don’t paint from emotion or feeling, which I think are both very ephemeral,” Biden said. “For me, painting is much more about kind of trying to bring forth what is, I think, the universal truth.”

When asked what President Joe Biden thinks of his art, Hunter responded, “My dad loves everything that I do, and so, I’ll leave it at that.”