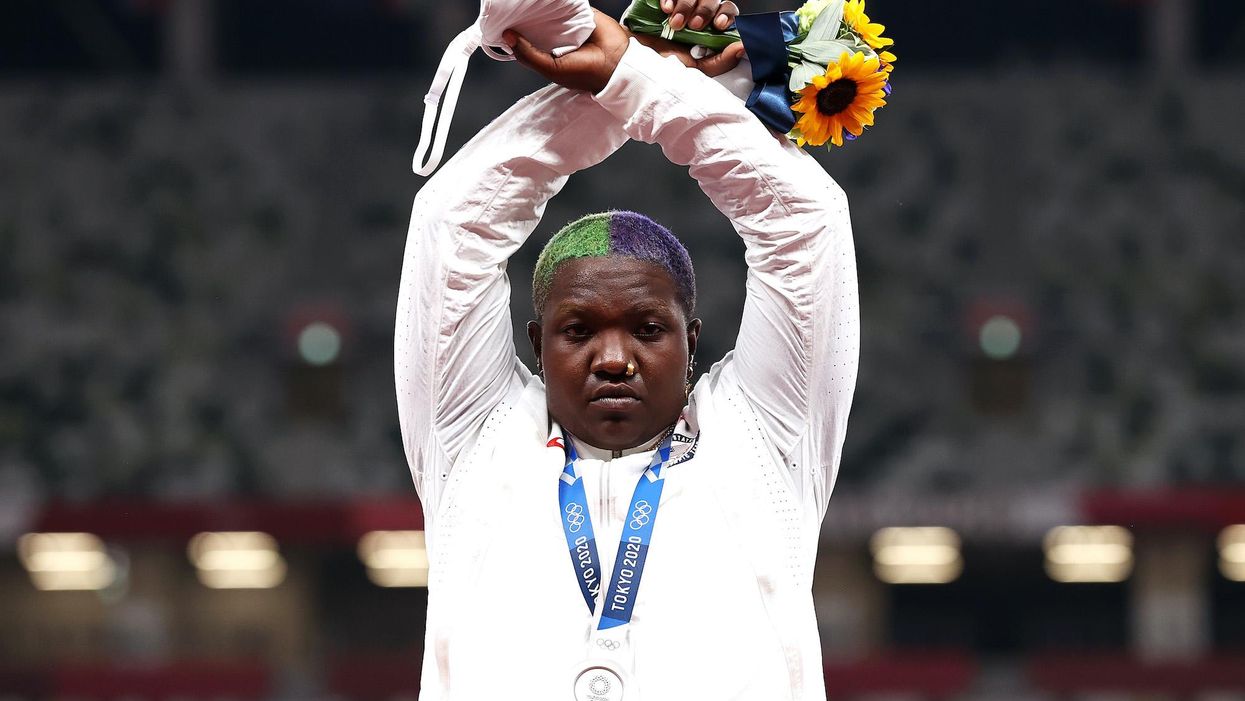 The International Olympics Committee is reviewing a gesture made by a U.S. athlete after winning the silver medal for a potential violation of their ban against protests.

Raven Saunders put her wrists together to make an “X” after her second place victory in the shot put event. The 25-year-old later tweeted about the subsequent controversy.

“Let them try and take this medal. I’m running across the border even though I can’t swim,” she said with a laughing emoji.

Saunders explained that the gesture was meant to signify “the intersection of where all people who are oppressed meet.”

On Monday, IOC spokesman Mark Adams told reporters at a media briefing that the committee is investigating whether the gesture is a violation of their protest ban and considering taking additional steps.

“We are, not surprisingly, we are looking into the matter,” said Adams.

“I think we need to fully understand what’s going on and then take a decision from there,” he added.

Adams said that the committee tried to allow athletes their right to free speech but wanted to preserve the field of play from political speech that might interfere with the competition.

The United States Olympic and Paralympic Committee issued a statement defending Saunders’ gesture as being allowed under the Olympic rules.

“Per the USOPC’s delegation terms,” the statement read, “the USOPC conducted its own review and determined that Raven Saunders’ peaceful expression in support of racial and social justice that happened at the conclusion of the ceremony was respectful of her competitors and did not violate our rules related to demonstration.”

Saunders, who is openly gay, has been open about her previous struggles with mental illness. She said she wanted to use her platform to inspire others.

Here’s more about the Saunders incident: