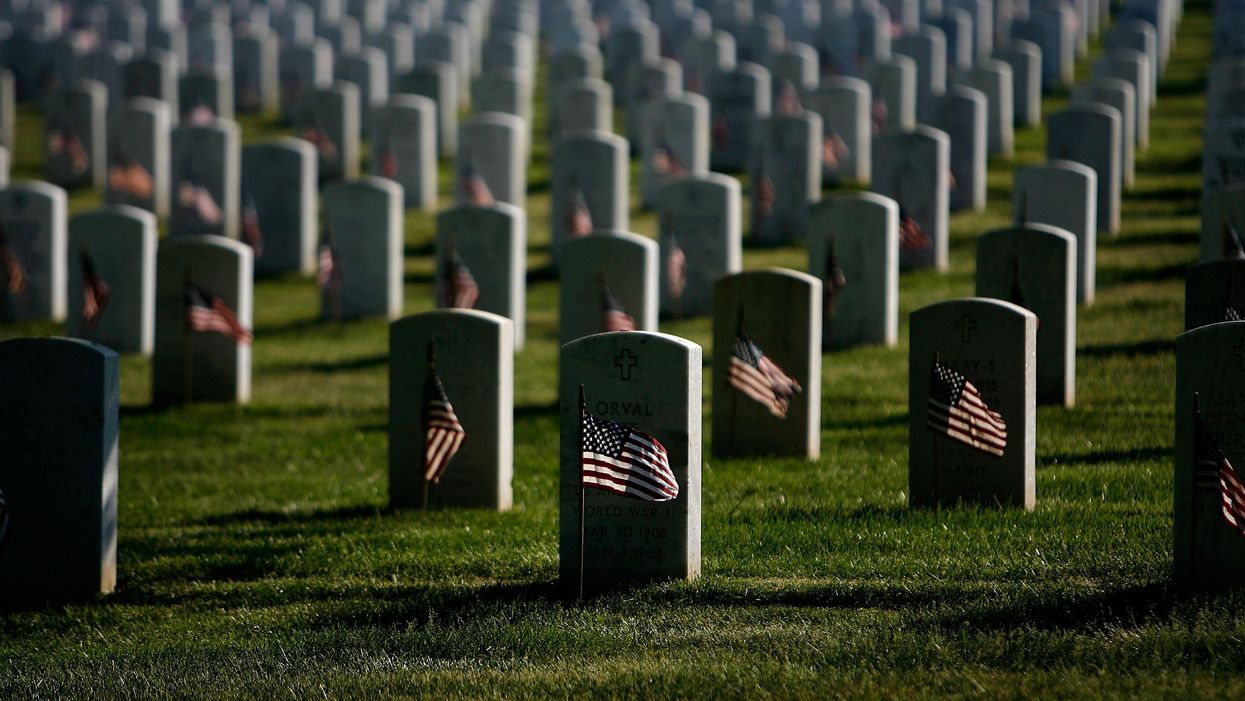 Today is Memorial Day, a time to reflect on those who made the ultimate sacrifice for our country as well as for our rights and freedoms. There have been at least 1.1 million Americans who have died in combat since 1775. Every one of those lives was meaningful and should be remembered on Memorial Day. There were two American heroes in World War II who had the distinction of bravely dying for their country and were also professional baseball players.

Gedeon, a Cleveland native, was a three-sport star at the University of Michigan, playing football, track, and baseball. After college, Gedeon was signed by the Washington Senators as an outfielder. He played in five games for the Senators in 1939 and had 17 plate appearances, with three singles, one run scored, and an RBI. Gedeon was sent down to the minors in 1940, where his performance reportedly impressed Senators manager Bucky Harris, and it looked like he would return to the big leagues.

After the baseball season, Gedeon became the assistant coach for the University of Michigan football team in the fall of 1940 and hoped to play for the Senators in the spring. Gedeon was drafted into the U.S. military in January 1941, nearly a year before the Japanese attack on Pearl Harbor.

Gedeon was assigned to the Army Air Corps, and he was training in North Carolina. In August 1942, Gedeon was flying on a B-25 bomber that crashed during a training exercise. The military plane burst into flames during the crash landing. Despite being seriously injured and suffering three broken ribs, Gedeon freed himself from the wreckage and crawled out. Gedeon then went back into the fiery airplane to try to rescue Cpl. John Rarrat.

Rarrat died in the plane crash, as did two other military members.

“Gedeon spent 12 weeks in a hospital in Raleigh, recovering from severe burns, some of which required skin grafts,” the New York Times reported. “Gedeon lost 50 pounds, received a medal and returned to action.”

Gedeon believed he had had his brush with death and would be safe going into World War II, telling his cousin, “I had my accident. It’s going to be good flying from now on.”

He was a captain with the 394th Bomb Group of the United States Army Air Force, known as the “Bridge Busters” since their targets were “primarily road and rail bridges as well as gun emplacements, airfields, railway installations, fuel dumps and ammunition dumps.”

Gedeon usually sat at a desk, involved in planning missions in Europe. But he wanted to maintain his flying proficiency, so at dusk on April 20, 1944, Gedeon took off from Boreham, an airfield in Chesterfield, England, along with 35 other B-26 bombers, which were nicknamed Marauders.

Their destination was a construction site in the woods outside Esquerdes, France, near the northern coast. The target was a launch site for the V-1 rocket, the first of Adolf Hitler’s terror weapons that he used against England. The mission was part of Operation Crossbow, a concerted effort to attack the V-1 bases.

At about 7:30 p.m., after Gedeon’s plane had dropped its bombs — most were later determined to have missed the target — antiaircraft fire ripped through its undercarriage. The B-26 burst into flames.
The only crewman to escape was Gedeon’s co-pilot, James Taaffe. He was captured on the ground and imprisoned. He was told that his six crew mates, including Gedeon, 27, had died.

Gedeon was given a proper burial at Arlington National Cemetery.

Harry O’Neill attended Gettysburg College, where he was also a three-sport star. O’Neill, a Philadelphia native, led his school to league championships in basketball, football, and baseball. After graduating college, he signed with his hometown Athletics as a catcher.

O’Neill was the team’s third-string catcher and played in one game during the 1939 season. “During the ninth inning of a July 23, 16-3 drubbing at the Detroit Tigers’ hands, [Earle] Mack inserted O’Neill into the lineup as a defensive replacement, but he never got a turn at bat,” according to the Herald Courier. O’Neill spent the next two seasons in the minors.

After the Pearl Harbor attack, O’Neill enlisted in the Marines. Following training, O’Neill was deployed to the Pacific theater of WWII. In July 1944, he suffered a debilitating injury from shrapnel that kept him out of commission for three weeks, and he was awarded the Purple Heart.

In February 1945, only months before the end of World War II, O’Neill and his 25th Marine Regiment landed on the Japanese island of Iwo Jima.

“Eleven days after Americans raised a flag atop Iwo Jima’s Mount Suribachi, O’Neill, 27, and fellow Marines engaged in a daylong battle in the bloody Turkey Knob section of Iwo Jima,” according to the New York Times. “In the early evening of March 6, 1945, O’Neill stood in a deep crater that seemed to provide some cover.”

Standing next to O’Neill was Pfc. James Kontes.

“We were standing shoulder to shoulder,” Kontes told the Bucks County Courier Times in 2009. “Harry was on my left. We were looking out at the terrain in front of us. And this shot came out of nowhere.”

O’Neill was shot and killed by a sniper.

In July 1947, O’Neill’s remains were returned to the U.S. and buried at Arlington Cemetery in Drexel Hill, Pennsylvania.

This and every Memorial Day, remember to pay your respects to our fallen heroes and honor these patriots who made the ultimate sacrifice.