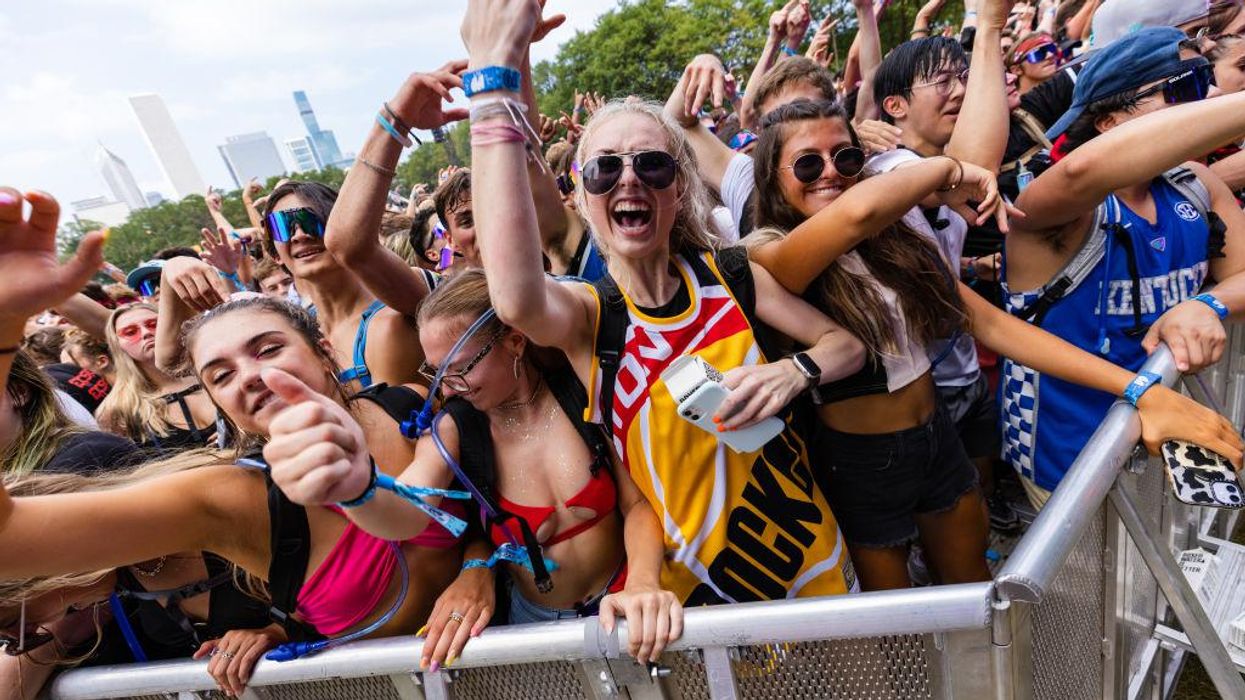 Chicago Mayor Lori Lightfoot was peppered with backlash over the weekend after permitting hundreds of thousands of people to gather in the Windy City for Lollapalooza, one of the biggest music festivals in the world.

Despite the surge in COVID-19 cases that Democratic leaders say is serious enough to warrant new restrictions and mandates, Lightfoot allowed Lollapalooza to take place over the weekend.

To justify hosting the massive festival, attendees were required to either show proof of vaccination or a negative COVID-19 test within 72 hours of the festival. For the unvaccinated, organizers made them wear face masks, but, as the Chicago Tribune reported, “in practice few concertgoers have been seen with one.”

Lightfoot claimed that 90% of festival attendees were vaccinated.

“I feel very good about what we’ve done,” she said, the Associated Press reported.

But is that true?

According to one video showing concertgoers enter the event space, Lollapalooza workers stationed at the front gate were hardly checking the vaccination status of those entering.

In fact, as long as someone held out a small, square piece of card stock that resembled the proof-of-vaccination cards, they were allowed entry.

“This is how Lori Lightfoot’s lollapalooza is checking Vaccination cards & our mayor is lying saying 90% are vaccinated,” former mayoral candidate Ja’Mal Greene said.

This is how Lori Lightfoot’s lollapalooza is checking Vaccination cards & our mayor is lying saying 90% are vaccina… https://t.co/mQH6AMDG4m

Dr. Emily Landon, executive medical director for infection prevention and control at the University of Chicago Medical Center, had warned last week that Lollapalooza could cause “wildfires of infection.”

“I think a lot of people are going to get COVID at Lollapalooza,” she said, WMAQ-TV reported. “The real problem is not so much that a bunch of young people who come into Chicago getting COVID at this event. The real problem is them taking it back to places that have very low vaccination rates.”

Chicago about to get shut right back down https://t.co/ZQJGek0Tze

Perhaps most ironically, Lightfoot threatened last week to implement COVID-related restrictions amid the surge in cases.

“We’re not only going to look at a mask mandate, but we’re going to look back at other tools that we’ve been compelled to use,” Lightfoot told the New York Times. “I hope we don’t get there.”

“We have no goal or current plans to close down Chicago again,” Arwady said Sunday.