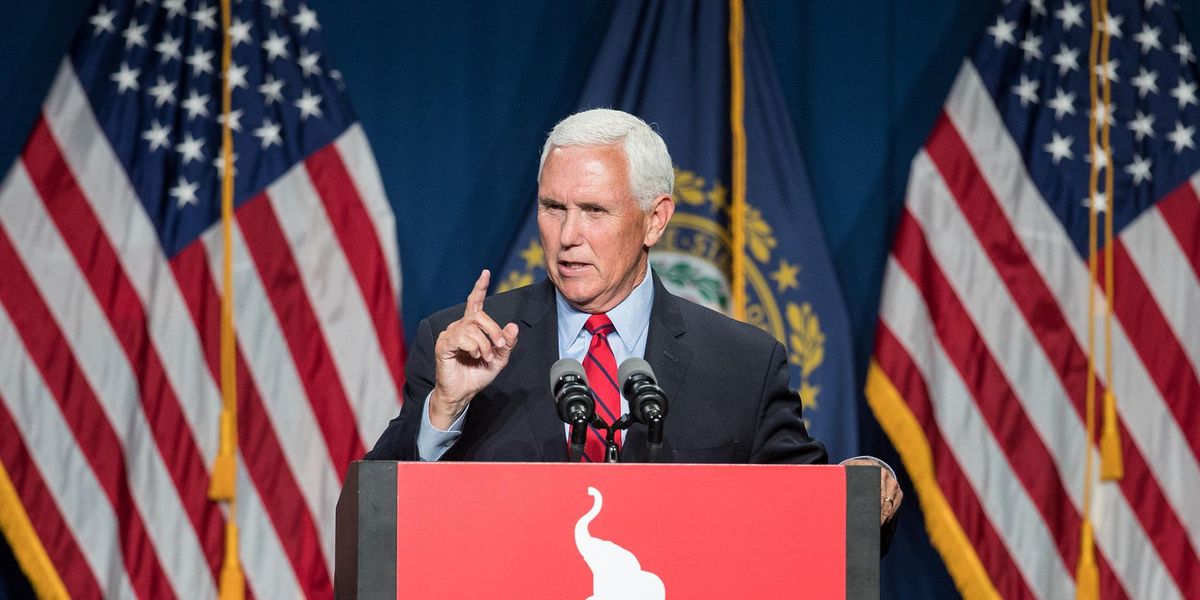 Former Vice President Mike Pence addressed the Jan. 6 Capitol riot during a speech on Thursday, revealing that he and former President Donald Trump “may never see eye to eye” on the events of that day.

Pence reiterated, however, that he is still proud of the accomplishments of the Trump administration.

In an address at a fundraiser in New Hampshire at a Lincoln-Reagan dinner hosted by the Hillsborough County GOP, Pence spent the majority of the speech lambasting the Biden administration for “failed leadership,” hitting out against the “agenda of the radical left.”

Fox News reported that Pence also delivered “his most extensive comments to date about the Jan. 6 insurrection at the U.S. Capitol by right-wing extremists and other supporters of then-President Trump who aimed to disrupt congressional certification of [President Joe] Biden’s electoral college victory.”

“I learned a lot serving alongside President Donald Trump,” Pence said early on in his talk. “Some people think we’re a little bit different,” he continued, leading the audience to respond with laughter. “But I think what President Trump showed us was what Republicans can accomplish when our leaders stand firm on conservative principles and don’t back down.”

Pence went on to tout several of the accomplishments of the administration, before addressing the Jan. 6 events, which he called a “tragedy at our nation’s Capitol.”

“As I said that day, Jan. 6 was a dark day in the history of the United States Capitol,” he said. “But thanks to the swift action of the Capitol police and federal law enforcement, violence was quelled. The Capitol was secured. And that same day, we reconvened the Congress and did our duty under the Constitution and the laws of the United States.”

“You know, President Trump and I have spoken many times since we left office,” Pence continued. “And I don’t know if we’ll ever see eye to eye on that day, but I will always be proud of what we accomplished for the American people over the last four years.”

You may watch Pence’s speech in its entirety below. His remarks on Jan. 6 begin around the 1:09 mark:

Following a rally hosted by Trump on the National Mall on Jan. 6, several of his supporters marched to the Capitol building and forced their way inside as Congress worked to confirm Biden’s electoral college win.

Rioters called for hanging Pence, and Trump criticized the vice president for refusing to reject electoral college votes while presiding over the Senate that day.

The vice president and members of the House and Senate from both parties were rushed to safe locations during the Capitol siege, and later returned to confirm every state’s electoral college results.